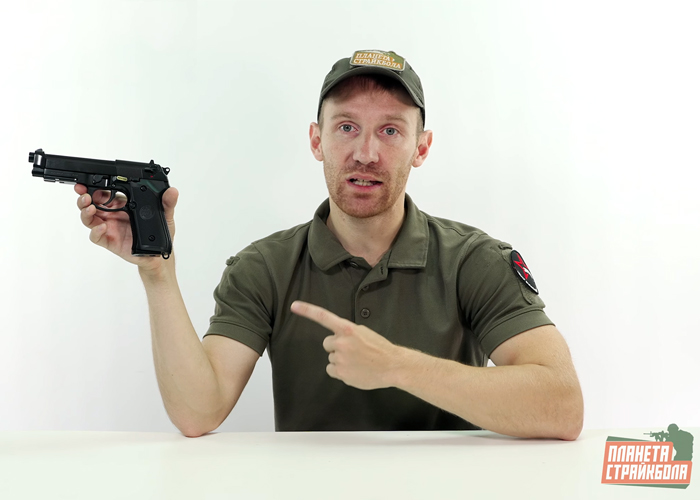 An overview pistol of the WE Airsoft Beretta M9A1 GBB Pistol that is available at Strike Planet... "Airsoft version of the Italian pistol Beretta 92FS by WE. Made from zinc alloy. The pistol has a full stroke cycle similar to a real pistol. When firing, the jam moves back and sends the next ball into the barrel. If the 25-round magazine runs out of ammo, the gun will stop as a real pistol. The magazine is filled with greengas, but the gun is also compatible with CO2 magazines. On the frame of the pistol under the barrel is a picatinny rail for mounting accessories such as underbarrel lights or laser designators. The operation of the fuse is also identical to the combat analogue, as well as the mechanism for removing the shutter when the pistol is not completely disassembled."