First, my most sincere thanks tom Mr. Whistler of Star Rainbow Company (SRC) for sending this magnificent new AEG.

As my team has been playing more and more CQB/Urban type games I have been planning to get myself a reliable CQB type Rifle or SMG. My choices were the MP5-RAS, the G36 and the HK416. So on I dreamt about having one of these to use in CQB skirmishes then one day Popularaisoft.com (in Santa like fashion) contacted me about a shipment of JG HK416 that arrived from RSOV.com and needed to be reviewed. I immediately said yes. 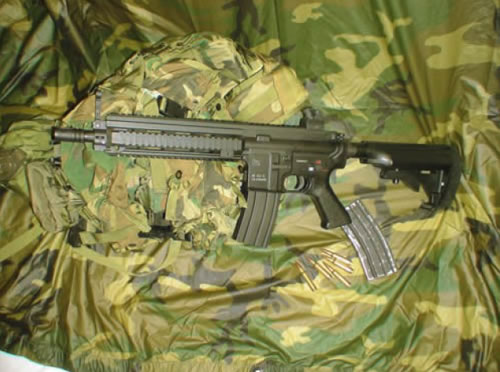 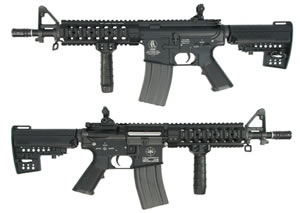 The 26 inch floating heavy barrel sniper rifle that we reviewed previously is a class of its own in terms of build and materials used. We are expecting the same for the King Arms Troy A3 CQB Compact AEG. In fact we thought of just writing praises about it rather than peeling off its layers and examining its internals. However that would be a very partial review. As we have always done we would like to give our readers a good evaluation of what’s new and what’s hot.

One of the most anticipated all China made AEGs discussed in airsoft forums, the KART M14 EBR (M688) was officially released in September 2007, to the great relief of many. While the G&P EBR Chassis kit for the Marui M14 has been available for some time before it got released, it is expensive, and only a few were able to muster enough courage and cash to buy it and chop up their beloved Marui M14 to use the chassis. The KART M14 EBR made having an EBR much more affordable at around US$150, to the chagrin of those who shelled out US$500 for just getting the G&P conversion kit alone.

Before venturing into this beautiful extreme game of airsoft,  I did a lot of research and comparisons between the top or what we call high end brand AEGs.  There is a lot to choose from as the high-end brands are battling it out  in the open market to be the best.  But as what many airsoft skirmishers say, it is just a preference of players what AEG they really want.  And some say,  any  brand of AEG, high end or low end does not matter at all.  It all boils down to how you play the game, whether you are just a weekend warrior or a true blue die hard pl

The real steel SIG 552 was introduced in 1998 as one of the variants of the SIG SG 550 Assault Rifle. It is manufactured by Swiss Arms AG (formerly Schweizerische Industrie Gesellschaft) of Neuhausen, Switzerland. . It has a shorter 226 mm (8.9 in) barrel (with an open, 3-prong flash suppressor) and gas tube, ventilated handguards and a redesigned bolt carrier group that was integrated with the piston rod to form a single moving assembly. 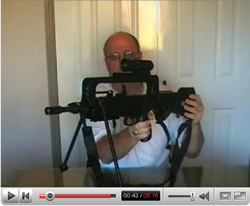 As promised, we are now posting here the video reviews of Flanker Tanker, starting with the TM FAMAS F1. More will follow in the future, depending on the new reviews that Flanker T will make available at YouTube.com. We are grateful for Flanker Tanker's generosity of allowing us to post his video reviews, and we also encourage everyone to visit Flanker Tanker at Youtube.com or at his website. 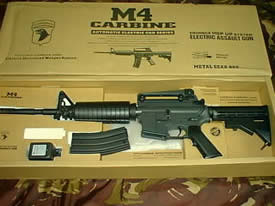 I know you might be wondering by now why am I reviewing this M4 A1 from Jing Gong.

Well, I am not just an AUG lover, but a 5.56mm believer as well . When I started with this hobby I purchased my first ever airsoft AEG base on my favorite looking gun without minding anything else. I bought Marui's G36C when it first came out of the shelves of Airsoft Philippines. No, it didn't last longer than you can upgrade your AUG to 500fps, it was heavy and it was tall, and it didn't have much accessories as the M4 had at that time. 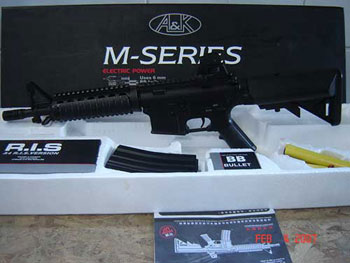 It's been quite a while since A&K released their maiden product, the ever popular M4 S-System. This model has placed A&K in front when it comes to ACM guns. They made a complete clone of one of Marui's exclusive model and improved on it more by removing the infamous "barrel wobble" seen on the original S-System. But now with new models coming out from JG and Boyi, A&K has to do something to maintain that competitive edge over the other companies. Thus, they release the M4 series. But we'll focus more on the CQB.