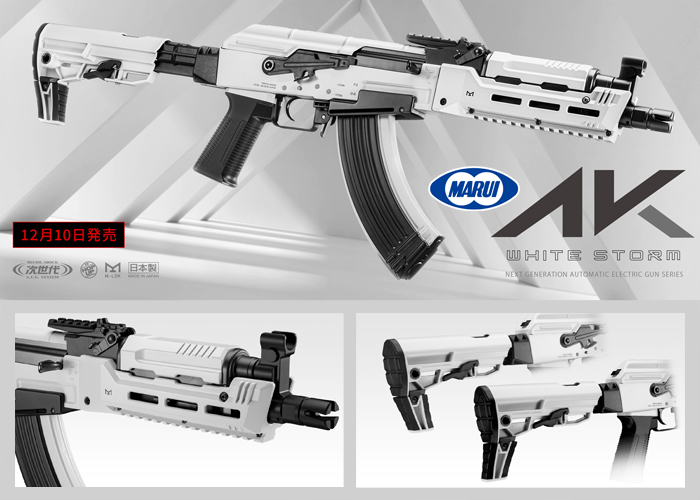 Already planning your winter loadout? Best airsoft gun to complete it is with the Tokyo Marui AK White Storm NGRS which will be released on the 10th of December. Better place your pre-orders with your airsoft retailer if you want one of these... "A stylish white color is now available for Tokyo Marui's original modernized custom 'AK Storm'!

Various places are customised to improve operability, such as a short barrel that is easy to handle, a stock that allows you to select the shape according to the situation, a magwell that makes it easy to change magazines, and a mount base with a backup site.

By pulling the trigger, the bolt operates at the same time as firing, and the strong recoil generated inside the main body is transmitted to the whole body. In addition, an auto stop system is used to stop the firing operation when the magazine is empty. It is a model that pursues the reality of operation and operability.

Equipped with a bolt release mechanism that releases the auto stop by pulling the bolt handle. You can enjoy realistic operation procedures.

Die-casting and pressed steel are used for the parts of each part, including the lower receiver, to create a profound feeling that moves to the eyes and a feeling of weight when picked up, and also achieves high rigidity. The lower receiver has a deflick coat to reproduce the texture of the steel black dyeing process.

The latest rail system "M-LOK" is adopted on both sides of the hand guard with underrail. The hand guard, which allows you to add rails only where you need it, is slim and easy to handle, and has been lightened by lightening. The 20mm wide (Picatinny standard) M-LOK rail comes with 3 types of 3 slots, 5 slots, and 7 slots. It can be easily attached and detached with the included hexagon wrench.

It comes with two types of M-LOK covers, two types of hand stops that support the hand holding the hand guard, and a dedicated mount that allows you to attach the separately sold "Micro Pro Site" at a lower position.

If you remove the flash hider of the muzzle, you can install a muzzle option with 14 mm reverse screw specifications such as a silencer.

Comes with a magazine that has a 90-BB capacity and uses a steel press outer case similar to the real one. Equipped with a built-in follower stopper, it is also possible to enjoy only the firing operation without putting a BB bullet in the magazine. * The magazine is not compatible with the AK74 magazine.

By attaching an adapter to the main body, you can use the magazine for electric gun standard type AK.

*When the adapter is attached, the auto stop system and bolt release mechanism will not operate. In addition, the magazine for the next-generation electric gun AK47 cannot be used." 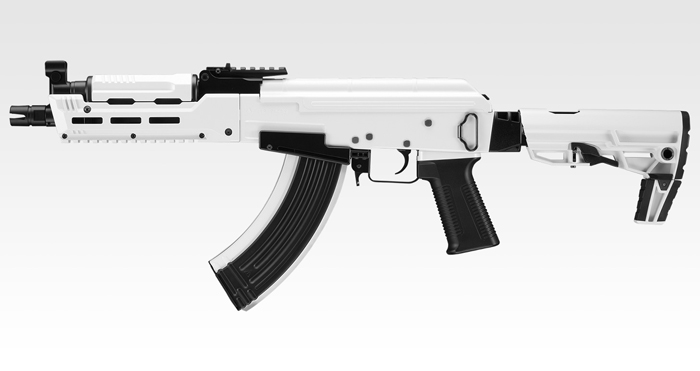 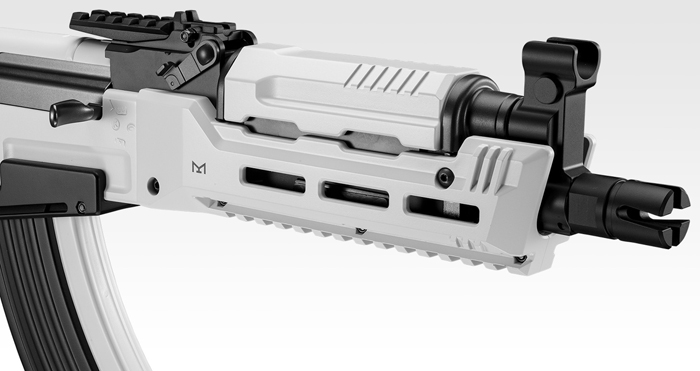 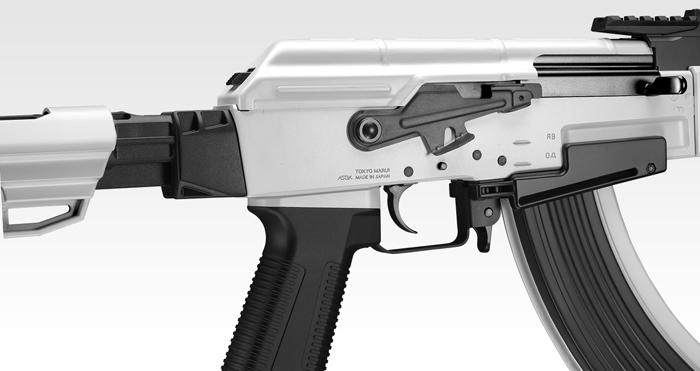 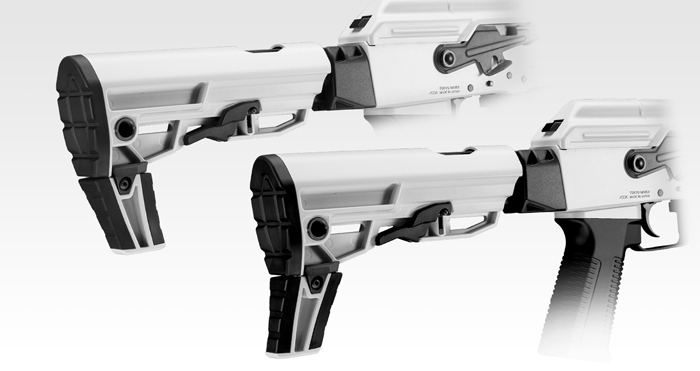 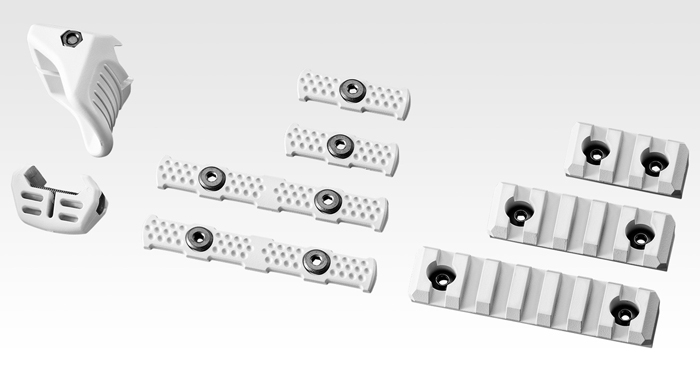 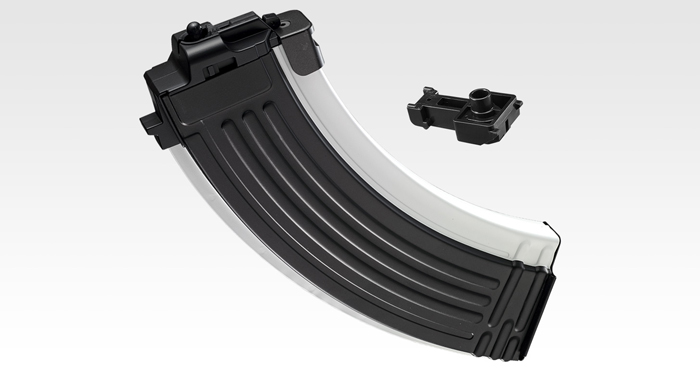