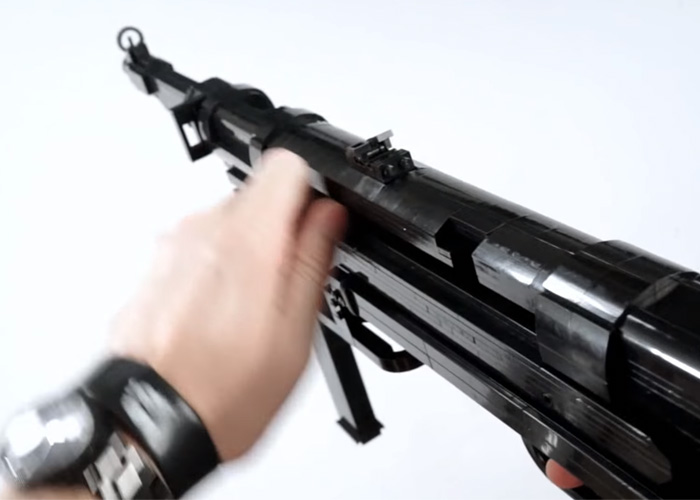 Just for kicks, an MP-40 in Lego made by MyDifferentUserName (yes, that's his YouTube Channel Name)... "The Lego version of the MP-40 (Sub-Machine Gun) which was the standard SMG for the German Army during World War 2. Apparently, people in the comments have told me that Hugo Schmeisser held a patent on the magazine of the MP-40, and I didn't know this while making the video. Oopsie daisy.