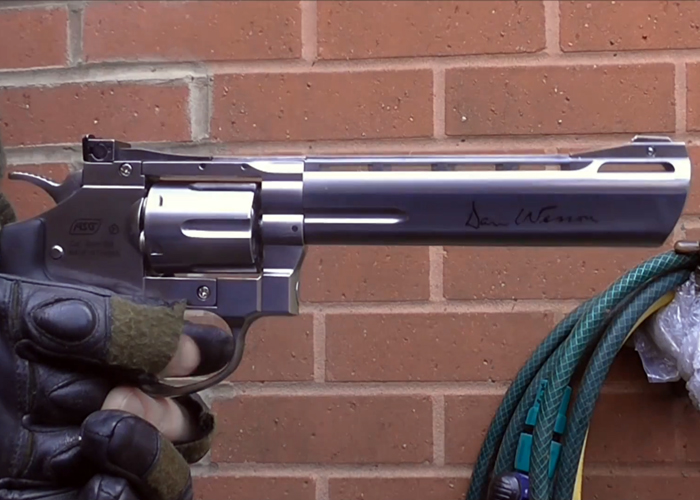 Burntwolf Airsoft goes pistol-packing, reviewing the Dan Wesson airsoft revolver from Action Sport Games (ASG)... "Right then you Orrible lot this week on Burntwolf Airsoft,im going to be reviewing the Dan Wesson revolver made by ASG. The Dan Wesson revolver is a Co2 powered airsoft pistol,and takes 6 shots in dummy rounds.Its made mostly from metal,with only the grips been made of a polymer.The grips are the only thing that lets this gun gun down as they have abit of play to them and this ruins the overall solid feel of the airsoft gun.

However its still a nice gun to hold,It weighs in at 1kg however it feels like its a bit heavier than this,probably due to massive barrel that this gun sports."