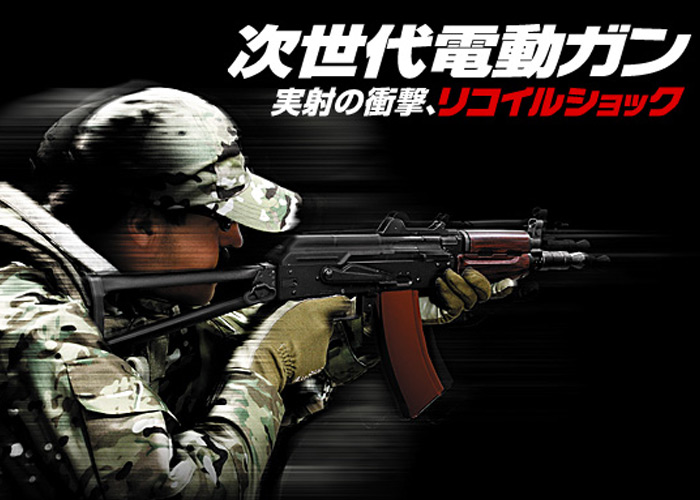 As promised in the August 2008 issue of the Popular Airsoft Magazine, we were determined to make a full takedown and review of the Tokyo Marui (TM) AKS74U AEG that comes with the blowback and recoil engine. This is the second AEG that Tokyo Marui has released that features this new innovation, the first being the TM AK74MN. If you think that blowback and recoil are just unnecessary niceties for AEGs, I may have to ask you to think again. 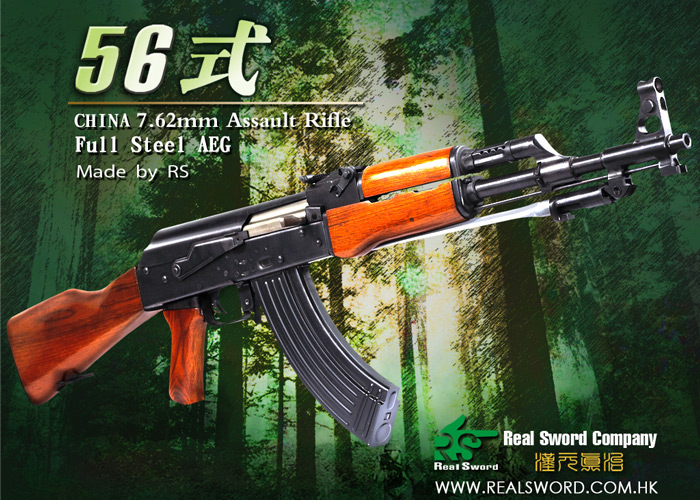 During the period in world history when the West and the East were divided by the so-called “Cold War”, an assault rifle was born in China, the Type 56 7.62mm assault rifle. The Type 56 is a Chinese version of the Soviet AK 47. It can be said that the Type 56 belongs to the Soviet AK47 family as it was designed from small arms documents supplied by the former Soviet Union to China. Most of the advantages of the AK47 can be seen in the Type 56, especially its strong adaptability in very harsh conditions. Also, the Type 56 remains effective in any weather condition, be it rain or snow. 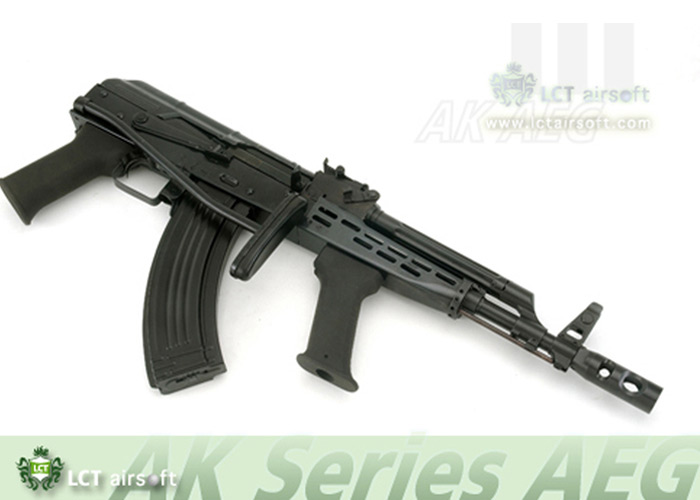 LCT Airsoft finally produced a replica of my favorite weapon. I only say favorite because the AMD-65 was the first weapon I’ve seen as a kid so its image burned into my memory forever. It was long gone by the time I enrolled the Hungarian Army and I had to use the “boring” AK63. Today it is only used by special police and military units. I call it successor because originally this weapon was brought to life for the paratroopers, vehicle operators and officers but law enforcement agencies and almost the entire army also used it. 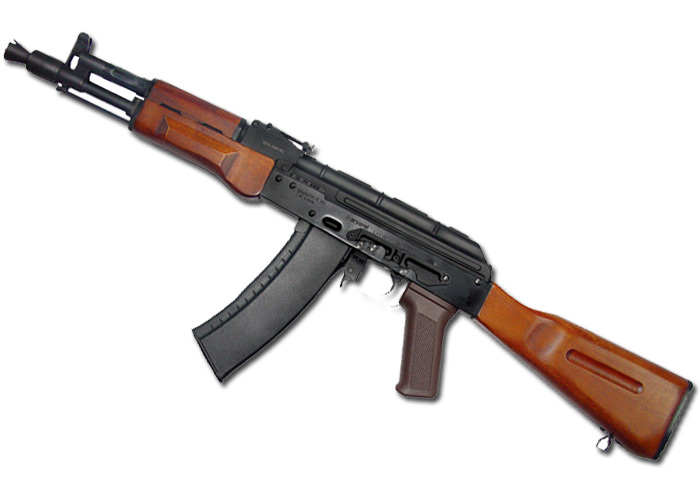 The real world SLR-105 rifle is a gas-operated, magazine-fed and semiautomatic rifle, utilizing the long stroke gas system designed by Mikhail Kalashnikov. These rifles are actually manufactured in Bulgaria and are then modified in the United States to comply with the “922 (r)” law, which regulates the import of semiautomatic rifles into the US. And due to the amount or number of American made parts used in the rifles, they are actually considered “Made in the USA” for the purpose of this law.

Bang for the Buck Anyone? GFC M4A1 AEG 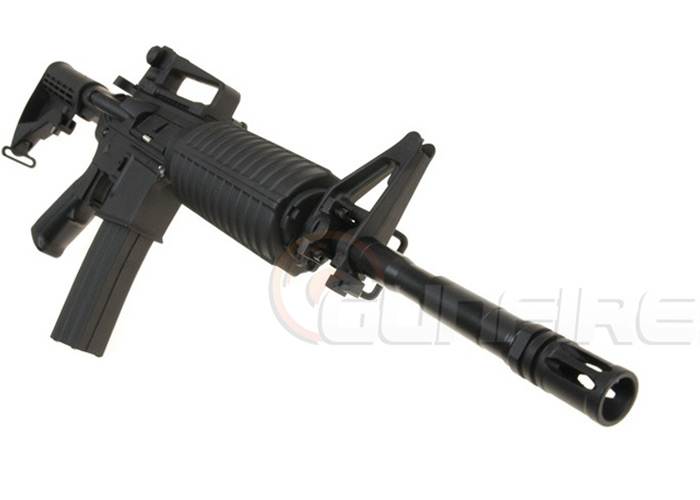 With assistance from Attila. In the August 2008 issue of the Popular Airsoft Magazine, Ogre did a great introduction on the JG All-Metal M4A1, however, he never had the time to take a peak inside the JG DX gearbox. GFC is a new brand on th e market. Actually this M4A1 is their first product but now th ey have two AK variants to offer . The carbine is based on the new JG M4A1 DX with a little Polish twist.There is a long list on www.gunfire.pl about the improvements compared to the earlier JG models. Let’s take a look: 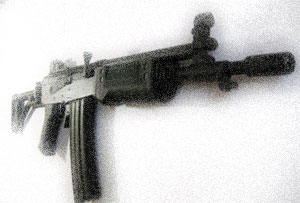 When news about King Arms releasing their own version of the Galil SAR (Short Assault Rifle) broke out, airsoft forums went abuzz. The airsoft market has been clamoring for a mass-produced Galil replica, prompting many manufacturers/suppliers to venture into the Galil-bandwagon. Inokatsu came out with a conversion kit for the AK-47; US-based TSI Armories offered Galils, albeit as a limited edition only; while Unicorn-Gunner Airsoft has their own version already in the pipeline. 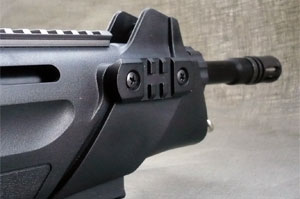 In a sea of M4s, MP5s and AKs---it is refreshing to see new types of AEGs in the field. JLS is one of the Chinese airsoft manufacturers that bring new models of AEGs in the market. They may not be as prolific as Jing Gong (JG or Golden Bow) or Dboys, but one thing that makes JLS stand out from the rest is their originality. Most ACM brag about being full Tokyo Marui (TM) clone, but this RX4, ladies and gents is NO CLONE. 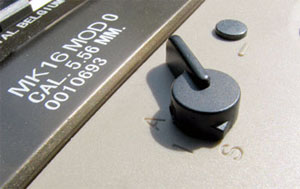 According to Wikipedia, “The SOF Combat Assault Rifle, or SCAR, is a modular rifle made by Fabrique Nationale de Herstal (FNH) for the U.S. Special Operations Command (SOCOM) to satisfy the requirements of the SCAR competition. This family of rifles consist of two main types. The SCAR-L, for light, is chambered in the 5.56x45mm NATO cartridge and the SCAR-H, for heavy, fires 7.62x51mm NATO ammunition. Both are available in further variants such as marksman or CQC (Close Quarters Combat).” 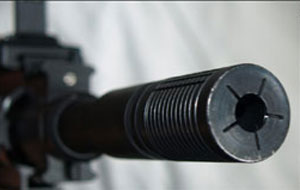 The SR-25 rifles created by Eugene Stoner and C. reed Knight, Jr. were originally made as sniper rifles with the best features they can possibly have. The development is based on the original 7.62mm rifle Mr Stoner developed during the 1950s as well as the later 5.56mm M16 family. The SR-25 is specifically engineered to deliver superb "out of the box" accuracy with "of the shelf" factory match grade .308
calibre cartridges. 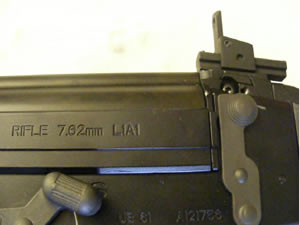 It's finally a reality. The King Arms British L1A1 SLR (Self Loading Rifle) was announced last year and has been a topic of discussion among British airsofters.  There are some high expectations on this rifle as the quality of the King Arms FN Fusil Automatique Léger (Light Automatic Rifle) or FAL replicas were praised in terms of accuracy and performance. Since the L1A1 SLR is based on the Belgian FN FAL, it's no wonder that King Arms started to work on the British L1A1 SLR after a year of the FN FAL AEG release.

Its History According to Wikipedia