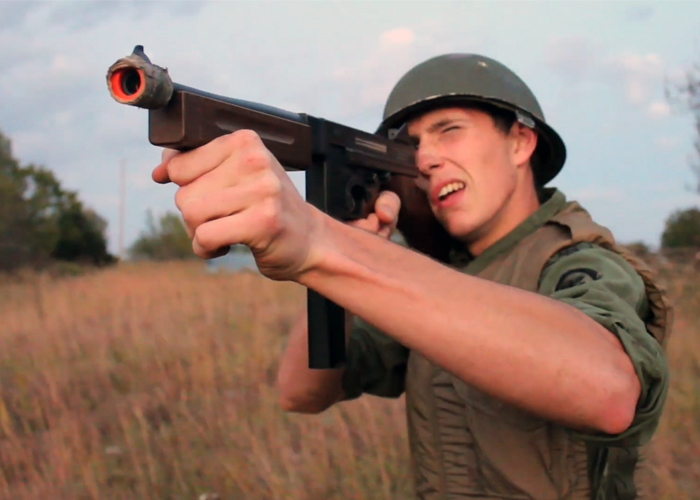 Dragon Armory got some airsoft action footage with an airsoft M1A1 Thompson in a Vietnam War-themed game... "U.S involvement in the Vietnam war began so early, the M1A1 Thompson was able to participate in the conflict. Shipped over to arm ARVN (Army of the Republic of Vietnam) and U.S soldiers, the M1A1 did its part in the war."