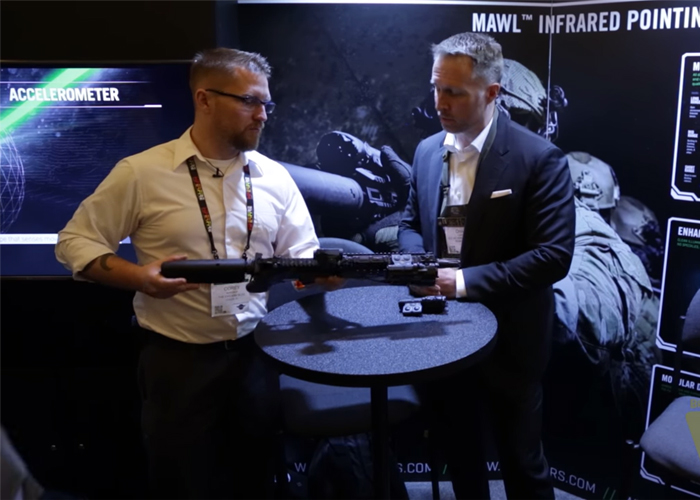 The Firearm Blog visits the B.E. Meyers booth to check the IR illumination product they have, called the MAWL C1+... "Building on the success of the MAWL DA, B.E. Meyers shows us the new and enhanced MAWL C1+ at SHOT Show 2018. Chad tells us that the new unit has best in class IR illumination that can be set to long, mid, and short ranges. The IR and visible lasers adjust divergence accordingly. This allows the shooter to engage intended targets via the IR illumination with greater or narrower divergence based on need.

The unit is also totally ambidextrous, and can be switched from right to left in a matter of seconds (when removed from the rail)."