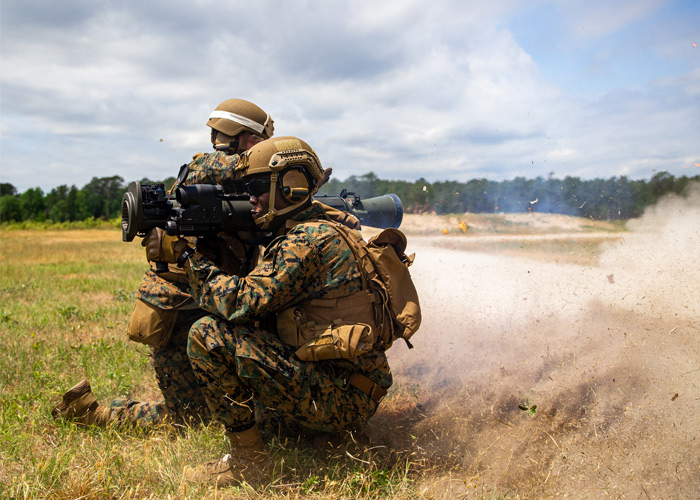 Since the 1980s, the U.S. Marines have been using the Mk153 Shoulder-Launched Multipurpose Assault Weapon (SMAW) and have been upgrading it so they can continue using it. With the adoption of the M3E1 Multi-Role Anti-Armor Anti-Personnel Weapons System (MAAWS), they now have an even better recoilless system to augement the SMAW.

The M3E1 MAAWS is made up of the M3E1 Carl Gustaf Recoilless Rifle plus a fire-control system and a backup reflex sight in case the main one gets broken during use.
“The MAAWS is a reusable, long-range weapon that provides the capability to destroy armored vehicles, structures and fortifications, which will be useful for infantry Marines,” said Capt. Christopher Adsit, MCSC’s project officer for the MAAWS in a press statement from the U.S. Marines.

The MAAWS will require two Marines to operate it: the gunner and the loader. The M3E1 weighs at 14.2lbs and with the 4.8lbs fire control system it will weigh a total of 19lbs without the ammo that they need to lug around. The MAAWS can engage enemies at a longer distance and with the fire control system, they can use it to hit even moving vehicles. It will also supplement the M72 Light Anti-Tank Weapon (LAW) which has been in service since the Vietnam War. 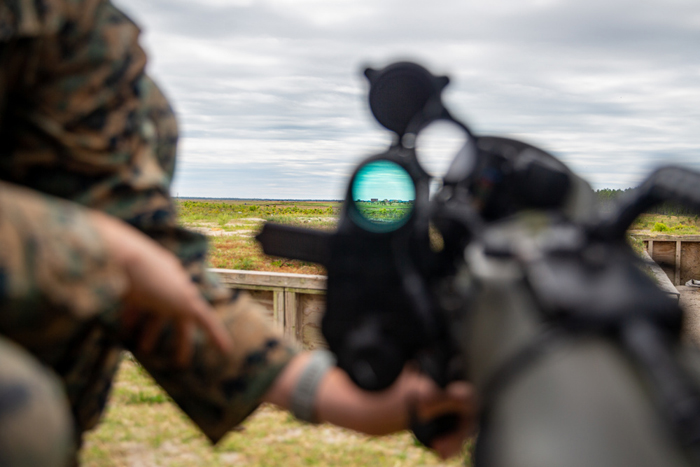 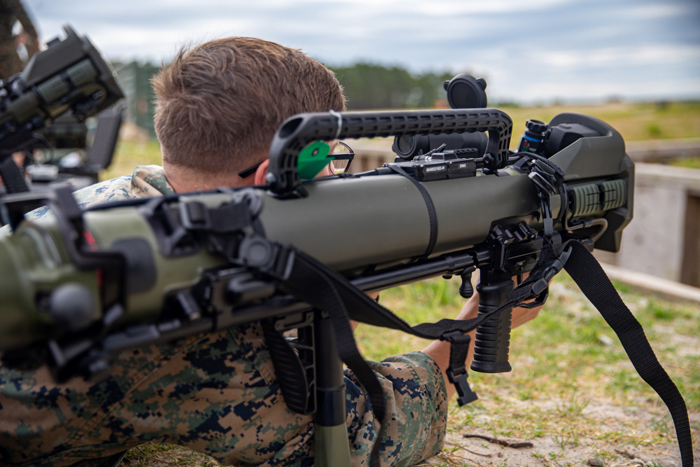 “It has the ability to fire [illumination], smoke and airburst-style rounds,” said CWO4 David Tomlinson, MCSC’s infantry weapons officer. “The capability will allow the warfighter to engage the enemy in defilade, reinforced bunkers and buildings.”

Participating Marines who tested the weapon at the Schools of Infantry East and West early this year were impressed by the MAAWS. One of the participants, Sgt. David Beggel, a squad leader with 1st Battalion, 2nd Marine Regiment said, “When we do urban operations, we carry a rocket because you don’t know what kind of enemy we’ll have, what capabilities they’ll have,” said Beggel. “This gives us a wide range of opportunities and assets that we can use to destroy a vehicle or take out [the enemy].”

Tomlinson  adds that, “The MAAWS is important because it gives the squad an enhanced capability with increased lethality and will bring a greater combined-arms solution to the enemy. “The rocket system will change the way the infantry squad fights.”

According to Tomlinson all Fleet Marines will receive the MAAWS by the end of 2023 and Reserve Marines by 2024.  Every Marine Corps battalion should have it in their arsenal by 2025.