According to Popular Airsoft’s Optimus Prime, his favorite pattern amongst the A-TACS family of camo patterns is the A-TACS FG (Foliage Green). It’s good news for him then as A-TACS announced they are bringing it back to circulation.

One of the legacy patterns that A-TACS are bringing back, the A-TACS FG was the second pattern released after the original A-ATACS AU, which is also back. Introduced in 2011, it was designed for use for better concealment in various temperate environments, it also is a good alternative for those who are looking for camo patterns that are do not look too digitized or pixelated. A-TACS FG is still a combination of pixels but is in macro patterns that have a more defined look.  According to the company, the larger organic shapes and strategically placed shadow elements within the macro pattern help to create a unique three-dimensional effect seen on a tactical concealment system. 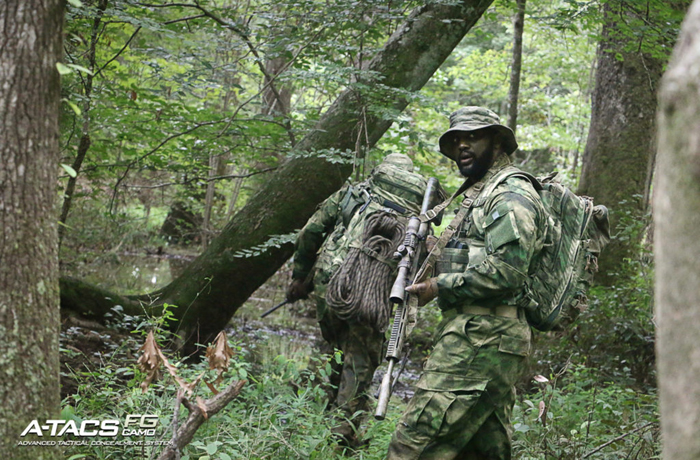 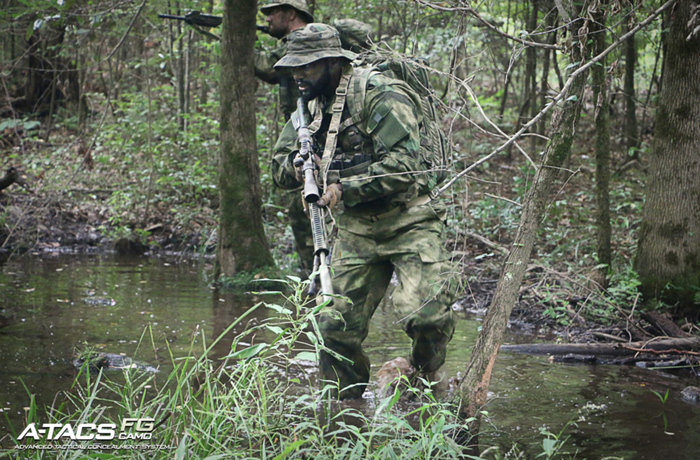 A-TACS followed up with a second generation A-TACS FG pattern, the A-TACS FG-X (Foliage Green Extreme) in 2017. After the release of the FG-X, the FG pattern was retired the next year. 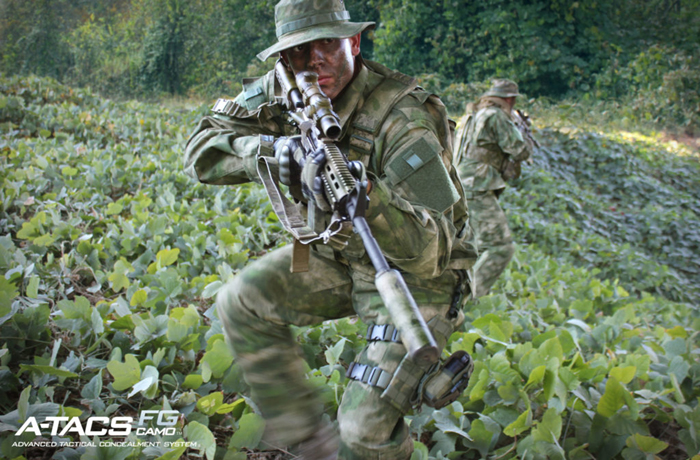 Gear manufacturers looking to incorporate the pattern into their products can now contact the company on ordering the fabric. Press release below:

Original A-TACS FG Is Back

First introduced in 2010, A-TACS FG established itself as a truly unique alternative to The heavily digitized foliage patterns that were then common in the tactical market.

When designing a green variant follow-up to the already popular original A-TACS AU Camo pattern, the easy answer would have been to simply re-color the existing pattern and release it as a green variant. Taking that approach may have been easier and faster however, it was not the approach DCS took to create an effective temperate climate pattern. The characteristic environmental elements and shapes found in greener, more temperate settings needed to be addressed. The answer was to create a brand-new pattern from the ground up.

Utilizing numerous shades of green sampled directly from a variety of forested and transitional terrain elements combined with various shades of earth, A-TACS FG Camo was developed to be effective in a wide range of temperate environments. As with the original A-TACS AU (Arid/Urban) Camo pattern, the organic pixels in the micro patterns are grouped into larger, more defined “macro” shapes creating larger more defined patterns. The larger organic shapes and strategically placed shadow elements within the macro pattern help to create a unique three-dimensional effect. Additionally, strategic use of blending and color overlays were used to create a more organic soft-edged look to the pattern.

With the introduction of the A-TACS “X Line” of camo patterns in 2015, the decision was made to begin phasing out the original two patterns in favor of new updated designs. “Almost immediately after that time, end-users and manufacturers alike have been asking for the return of our classic pattern lineup” stated Phil Duke, Pattern Designer and President. ‘Based upon this continued demand, we have decided to bring back the original line-up of Original A-TACS AU and Original A-TACS FG. Both of these patterns are joining our newly introduced A-TACS U|CON (Universal CONcealment) pattern”, Duke continued. “We are excited for manufacturers to bring forward a whole new generation of gear in these classic patterns”.

For manufacturers looking for more information regarding fabric availability in Original A-TACS FG, contact A-TACS Directly by e-mail at [email protected] For all other inquiries and news on future product availability, visit the official A-TACS website at www.a-tacs.com.