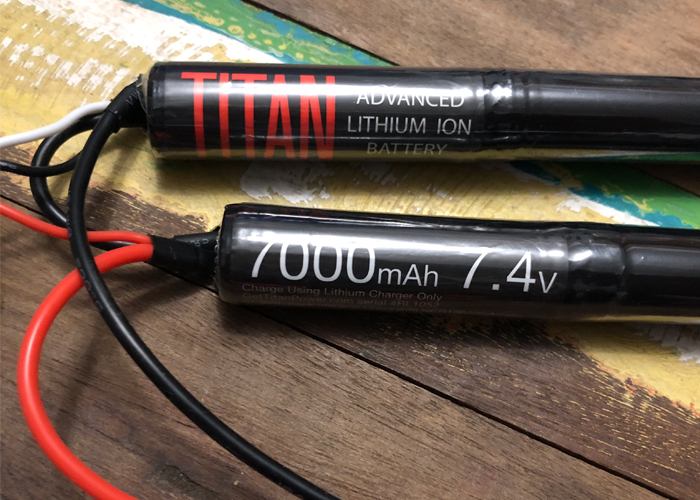 When it comes to electric powered airsoft replicas, an excellent power source or a battery is a must. AEGs or Automatic Electric Guns are useless without a good power source. Just imagine being in a middle of a firefight and you slowly hear your rifle firing slower and slower until it’s completely dead. It’s either swap for a fresh battery, if you remembered to bring one in-game, go for your side arm, if you have one, or just do the walk of shame towards the safe zone. Also, the battery needs to be good enough to deliver the power your replica needs to function as you expect it to.

Over the years that I have been involved in airsoft, we have seen how the batteries used for the hobby have evolved from the NiMHs to the LiPoly (Lithium Polymer) batteries. And now Titan Power have released the next generation of batteries, Lithium Ions. Lithium Ions basically last around 3x longer than normal NiMH batteries, store their powers longer, have no charge memory so they can be charged without the need for discharging them, and can hold their charge for months without needing to recharge them.

Another thing to consider Lithium Ion batteries for AEGs is that they are safer to handle as compared to LiPoly batteries.

Titan Power were very kind to send us some batteries to test. I decided to test the biggest one they sent, a 7.4v 7000mAh Li-On Nunchuck battery. I have not reviewed a battery before. All I know about them is you charge them then you use them then you charge them again the night before the next game. And this is what puts me off with electric powered replicas, there are times when you are just too busy to have time to charge your batteries the night before. 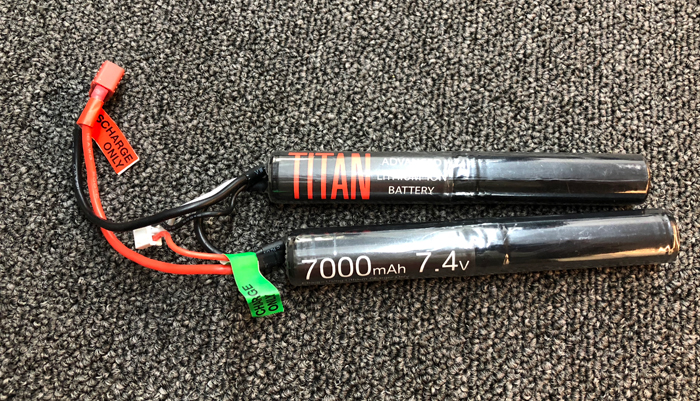 We tested the Titan Power Advanced Lithium Ion 7.4v 7000mAh Nunchuck battery. It needs to be kept in mind that this battery, due to its capacity, will need a battery compartment large enough to accommodate it as it is sort of the same size as the old NiMH batteries. It has wires labelled so that airsoft players can find which wires to use when charging the battery and wires to use for discharging. 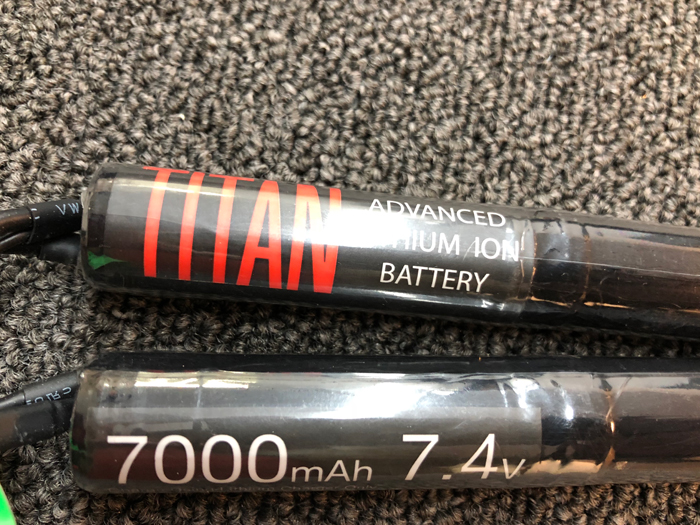 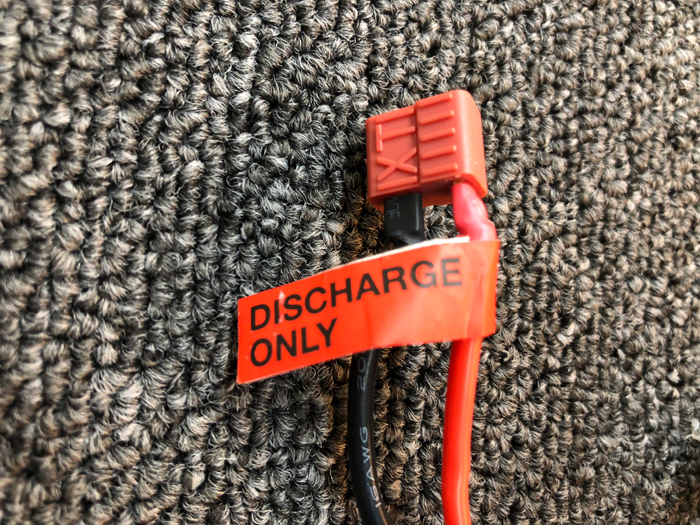 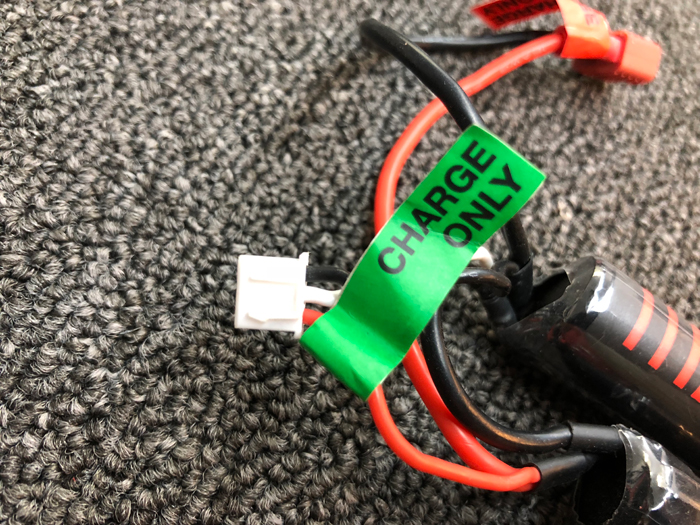 Batteries are batteries as I always say. Charge them and they will work until they run out of juice so we know this battery will work. I charged the battery the night before with my tiny Lipo battery charger. It took around 7 hours charging time for it to be fully charged which I think is not bad considering the size of the battery.

One problem I encountered on game day is that my AEGs do not have battery compartments big enough to house it and I know I play conservatively so I will not be able to use and test the battery to its full potential. When I arrived at Airsoft Plantation, my local game site here in Essex, UK, I spoke to the John who runs the site and we decided to put the battery in one of the hire guns which use the standard Crane Stocks that Nunchuck AEG batteries are usually made for. We marked the gun with some tape and left it there. So the gun was used for the whole day and at the end of the day, I did not even bother to look for it. I asked John if we can leave the battery inside the gun and see how many weeks and gamedays it will last.

The next game day for us to test it again, which was three weeks after the first test day,  the battery has been inside the AEG for more than 21 days. The gun was again used that day as a hire gun and the battery did what we expected it to do. We left the battery in the gun as it was still not showing any signs of it losing power. Next game day was 5 weeks from the 1st day of testing. I was now beginning to wonder if the battery will still carry its charge since it has been left on site for 5 weeks still connected inside a hire gun. And to the surprise of everyone who knew that the battery was there, it was still going strong at the end of the day.

After a total of 6 weeks from when I first charged the battery, I went over to ROE Airsoft who kindly took the battery out of the gun for me. It has been 62 days from charging, 6 weeks inside the battery connected to its electricals and stored on site. Had a total of 5 gamedays as a hire gun with approximately 25 hours of use time. First thing I did is to connect the battery to an AEG and it still has charge and a good charge at that. The gun doesn’t even sound like it is running out of power.

What we did was put a Titan Power Advanced Lithium Ion Battery 7.4v 7000mah. I charged the battery the night before the 1st day of testing. We used a small lipo charger and took around 7 hours to fully charge. On day 1 of testing which was the last game day of the month (third Sunday) we installed the battery in one of the hire guns. At the end of the day, the battery did what we expected it to do so we decided to leave it inside the gun until the next gameday which is three weeks later.

That day came and the battery performed like it was charged the night before. Considering that it was left connected to the gun and stored in a cold environment on site, it does retain the charge for longer duration. Due to its ability to hold a charge longer, we decided to just leave it the AEG and use it whenever there is a game until I reminded to finish the review.

In the end, the battery was inside the gun on a single charge for 6 weeks and 5 game days and still had a good charge in it in the end. It does what it claims to do. It is also RoHS-compliant, meeting the strict EU standards in the use of hazardous materials for electrical and electronic products. 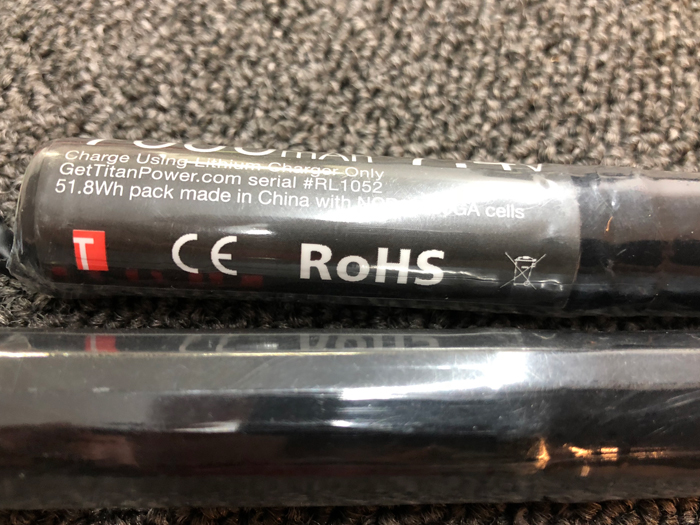 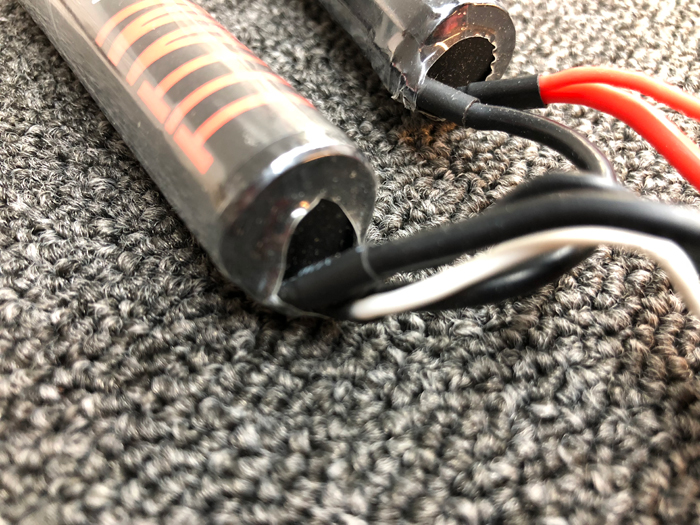 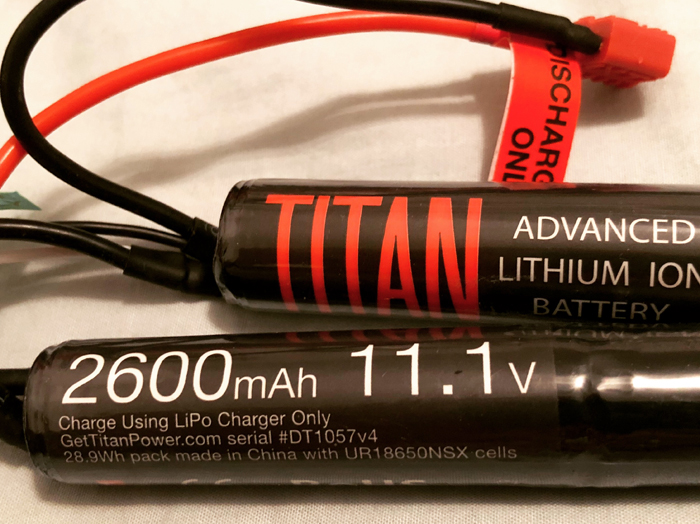 For more information on the Titan Power Batteries, please visit their website. For UK players, orders are now being accepted at Land Warrior Airsoft.

Big thanks to Titan Power for sending us the batteries for review and to John, Steve and Rob of Airsoft Plantation for helping me with the testing.