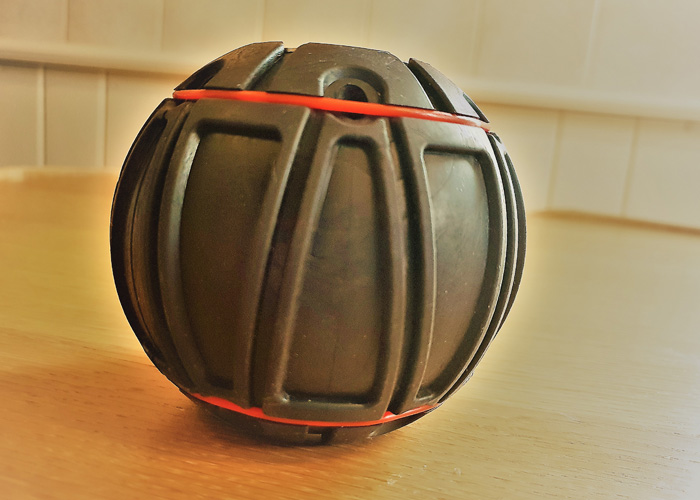 In this review we will be taking a look at the Avatar Mk1 Standard Smart Airsoft Grenade and the Orb Skinz upgrade that is an option for use with the Avatar Grenade and available at RedWolf Airsoft.

The Standard MK1 Grenade retails at £114.50 and this includes the Core and Standard MK1 Skinz which holds the BBss. The Avatar Grenade Orb Skinz retails at £47.50 and only comes with the Skinz. 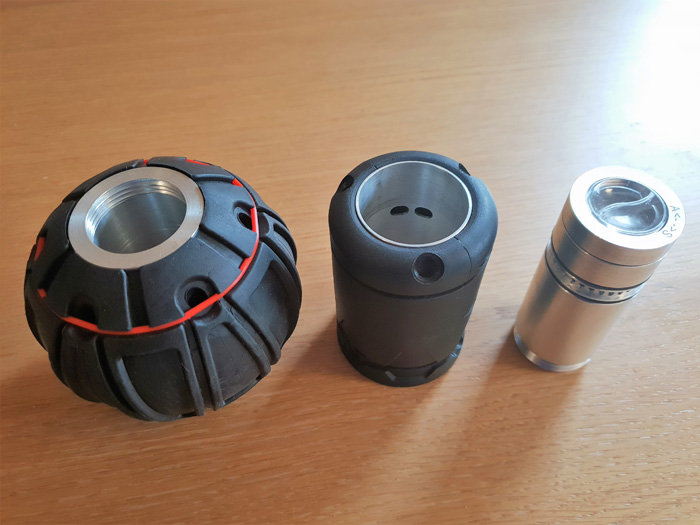 The Avatar grenade is a modular grenade with the ability to swap out the Skinz depending on the situation or game type. The core of the grenade is constructed from CNC aluminium with a stainless steel piston. The core holds the gas and has the safety switch which is located on the top of the core. When the grenade is safe you cannot press the switch in. When it is armed you are able to press it in. This is a handy feature purely on the safety side of things.

The valve for gas filling is located on the bottom of the core. To fill it, simply tap the bottom of the grenade on a hard surface to drop the valve to enable filling. You can fill it for 20 seconds giving you control of the spread and power. 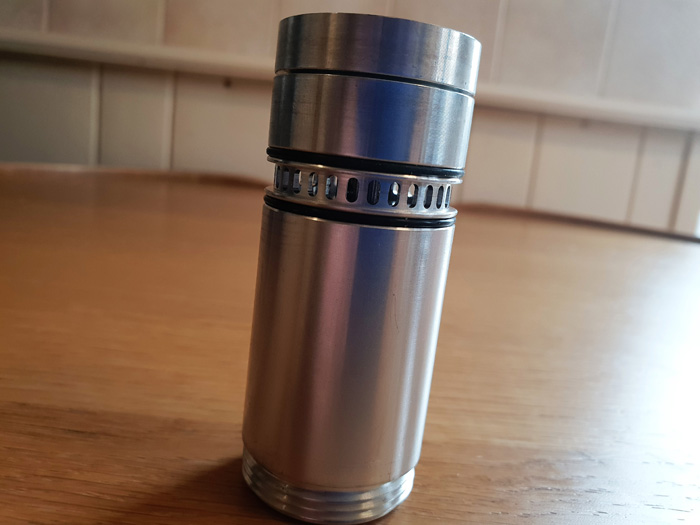 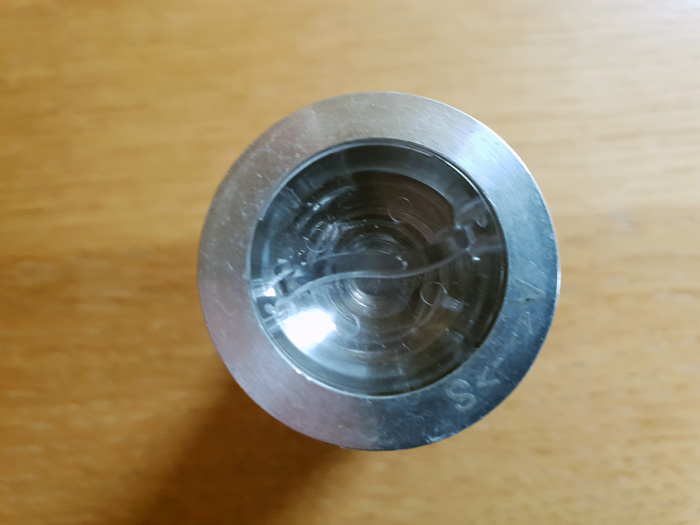 The Skinz is what really sets this grenade apart. They are constructed from polymer and have an alloy centre with the Standard Mk1 Skinz which holds up to 75 BBs made for underarm throwing and will trigger on impact. Simply screw the core into the Skinz module and you can fill it with BBs. To fill it up, use a speed loader on the ports situated on either end of the circumference of the Skinz module. Obviously this must be done with the safety on to avoid accidental trigger. 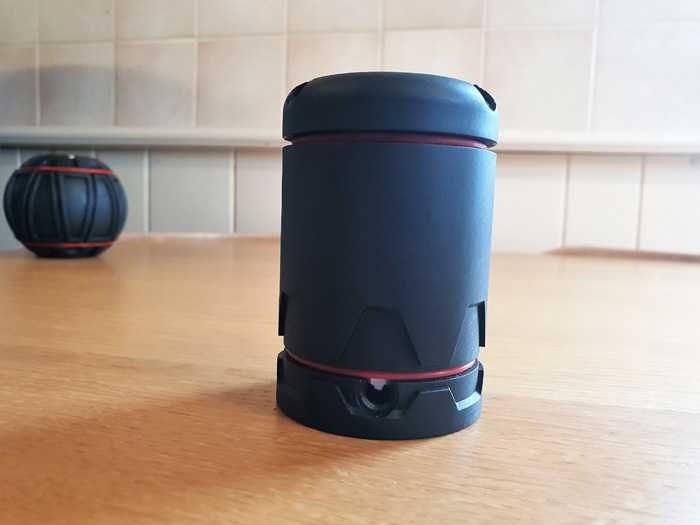 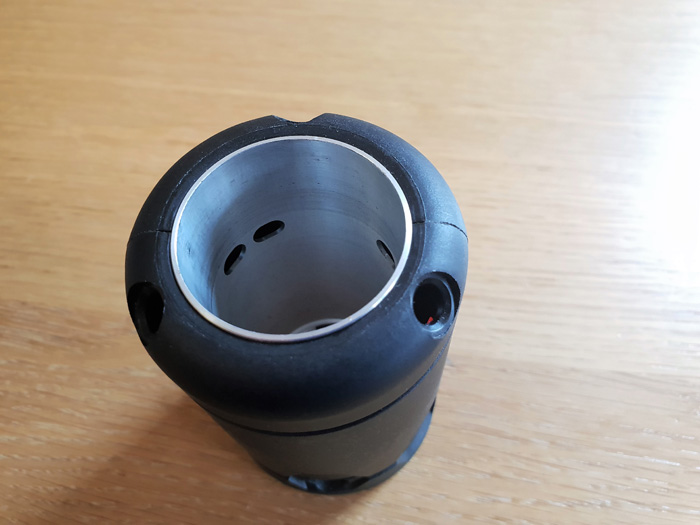 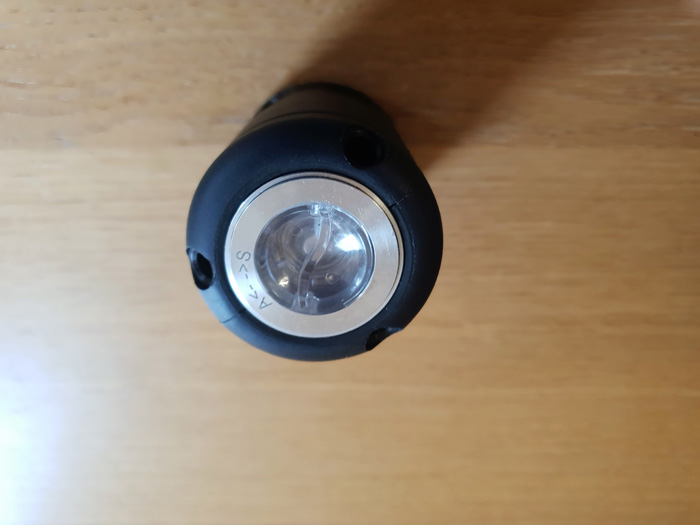 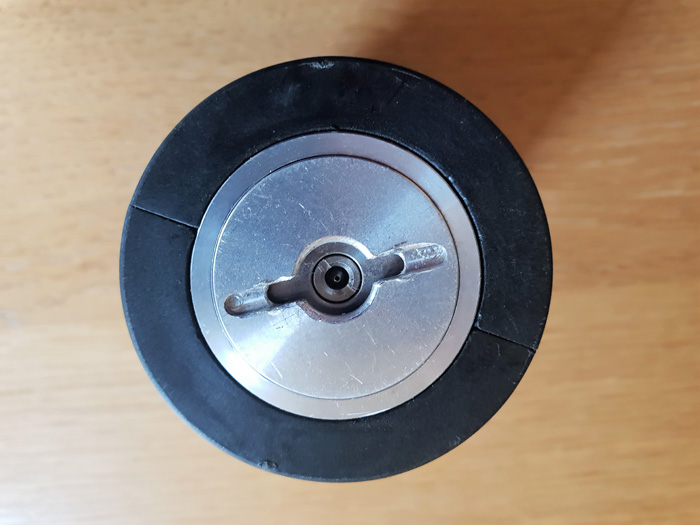 The Orb Skinz operates the same way in the preparation, however it is deployed differently. Instead of an underarm throw you roll it and it will trigger when it hits something. This makes this module perfect for room clearance, simply roll it into a room and when it hits the back wall it will trigger. It will hold up to 60 BBs. 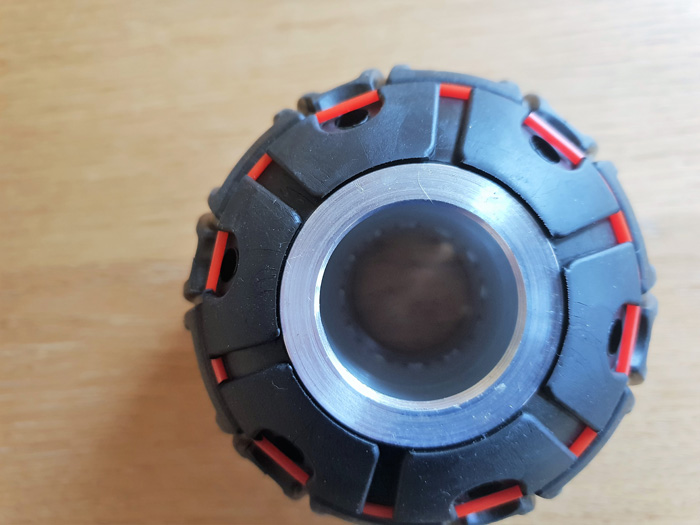 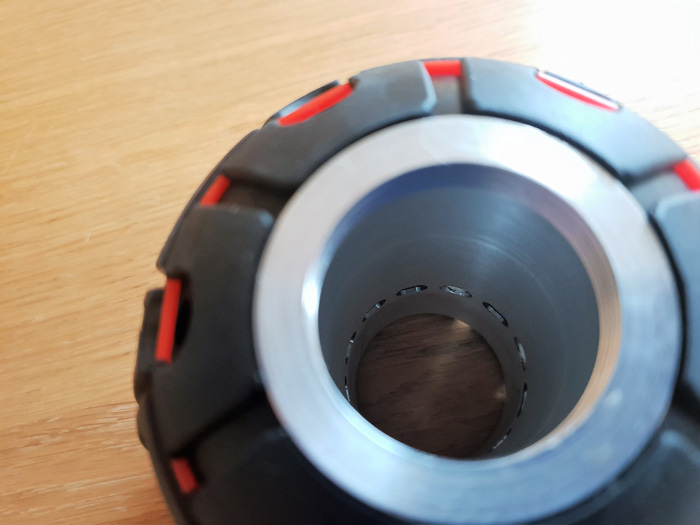 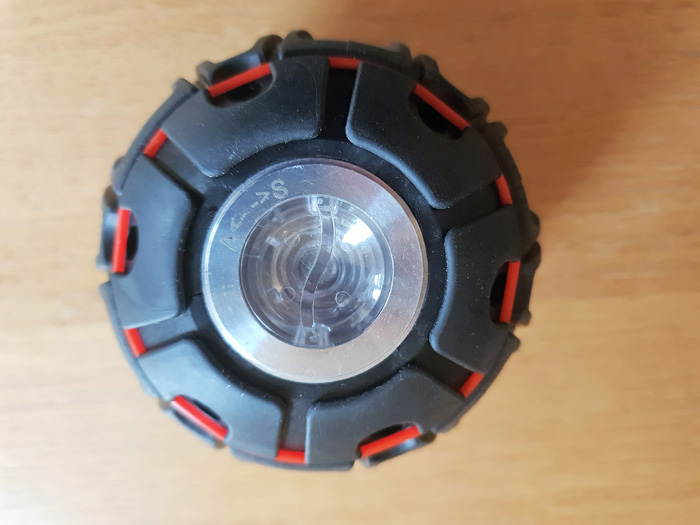 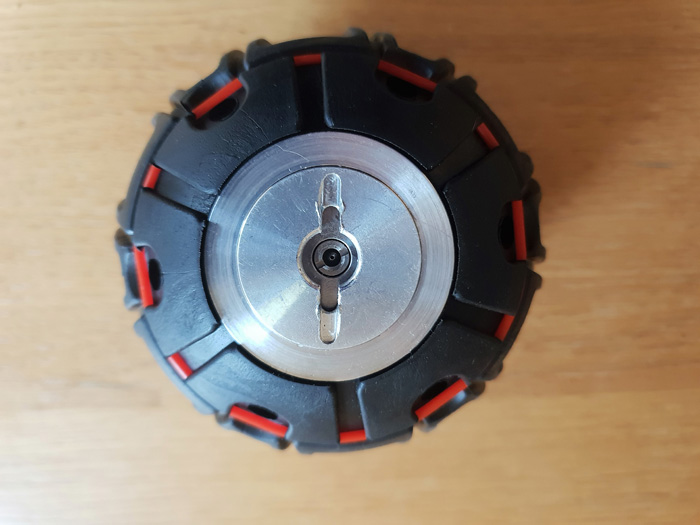 This grenade spreads BBs at around 150fps giving it a nice spread area. The weight of the whole package is as follows:

When testing the grenade I found its operation very simple, filling it with gas and BBs was intuitive. It does feel quite weighty in the hand which gives it quite a nice realistic feeling. It is also incredibly robust giving you peace of mind when deploying it. Its detonation is quite impressive sonically as it has a nice explosive pop so you’ll know for sure this thing has gone off in the midst of a skirmish game. The spread was a little inconsistent. On the majority of throws, its spread was perfect for this type of grenade, however on a few throws its spread was a bit lacklustre and didn’t discharge all BBs.

The concept of this grenades modular design is simply not a gimmick. It has actual applications in skirmishes. There are several different Skinz for different purposes and for those of you that enjoy Milsim there are Milsim variants with pullpins and safety triggers for that extra touch of realism. This is the aspect that really sells this grenade as a serious contender one core can be transformed from a regular throwing grenade to a rolling room clearer.

In my opinion this grenade really holds its own with its great modular design, tactical applications and robust construction make for an awesome and fun game changing addition to anyone’s load out.

If you want to purchase this product head over to Redwolf Airsoft UK online store and add it to your basket.