Editor's Note: We are posting here online a sample article taken from the upcoming Volume 1 Issue 2, April 2008 of the Popular Airsoft Magazine. This article will give you an idea on what our main theme for the April 2008 issue is. Written by Mike, formerly of the 101st Airborne Division, 18th Airborne Corps, who is an army medic himself, he stresses on the importance of having a medic appointed in any airsoft team. Suffice to say, something for all of us to follow.

Sure, it’s a just game and people are out to have fun; but even in games and having fun, accidents do happen, don’t they? One thing I am sure about is that you will suffer real injuries whether or not it’s just a game, training or real combat. What is important is that you are prepared to deal with them. 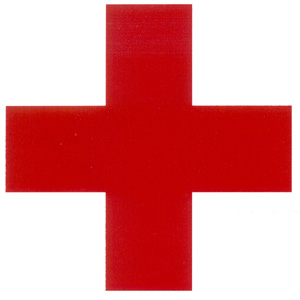 Early on in my life, I’ve always loved to play army. When I was a kid we had no video games and nothing close to airsoft except an old pump-action Daisy BB gun, which in no way, back then, was ever used in the airsoft games we now enjoy.

Mostly, we used plastic rifles akin to lever-action Winchester-type rifles or something similar to the M1 Garand. We also had the classic pop guns—the kind that pops out a cork, making that popping sound.

One thing we did use, which was certain to cause some type of injury were clogs of dirt as grenades.

They hurt! Most of where and how we were injured came from running from one hiding place to the other or jumping over walls or into what we called “fox holes”. Our injuries were mostly skinned knees or bruises from the grenades but we were lucky and nothing serious ever really happened.  Mom was generally the real medic in these circumstances.

We did designate someone to be the medic. From watching the black-and-white TV series “Combat”, we were made aware that a medic was an important member of the team, and had to be there in the games. We didn’t really understand why we did it. We just knew it was important. Later I was to understand in real life just how important it really is.

Most of you don’t remember that TV series and it would do you well to find it and download a few episodes. “Combat” is a story about morals, ethics and values faced in actual combat. In this TV program “Doc” carried around an old ammunition can with a white round field with a red cross emblazoned on it. Most often he was invincible (to my kid eyes, at least) to bullets and out front when people were shot or injured, blatantly, risking his life to save the lives of others.

I often think this series was what later led me into the medical field because I always admired his courage and steadfast ideals about what should be the humane thing to do. So, this is the first reason to have a Medic on your team—they are generally the heart and soul of the team.

Medics have been proven to be the heart and soul of a team. He or she keeps the team focused, while setting their minds at ease—knowing there will be help and a kind hand if something does go wrong.

A team or squad should always have someone who is a trained medic or is trained in emergency medical treatment of injuries to a certain degree. Designated medics should carry with them medical supplies and should be ready to provide emergency medical treatment at moment’s notice. Medics should also be versatile and be able to do many of the other team specialties. Focus, however, should be on administering first-aid procedures in the event something happens to their fellow team members.

I’ve been a medic myself all my life—have been one playing army, which also led me to become a first aid provider and trainer in the Boy Scouts—and for the past 35 years, have been a real one on the field.

We all strive for authenticity in our airsoft games. We make our team and game styles as real as possible to actual teams engaged in combat. So, why leave out one of the most important of all realities—the Medic. We train and run our games in much the same way as real soldiers do, albeit in a much safer environment. Even so, some areas we play in pose real health hazards and have obstacles that can cause real harm. For this reason, no team should train without a medic—the same reasons that no real military unit goes into an armed conflict or a mission without one.

Having one serves two purpose—to make our team or squad as real as existing military units while giving it the advantage of being prepared for the inevitable. I bet, we have been, in one way or the other, bugged by this thought: Is our team or squad ready to deal with real life emergency, in case someone is seriously injured?

Being in the medical profession, I am privy to situations wherein a person’s life is saved by the quick-thinking and expertise of emergency first responders. The first few minutes after an injury is suffered are very critical, and knowing how to deal with it greatly matters. A proficient medic in a team would spell a big difference.