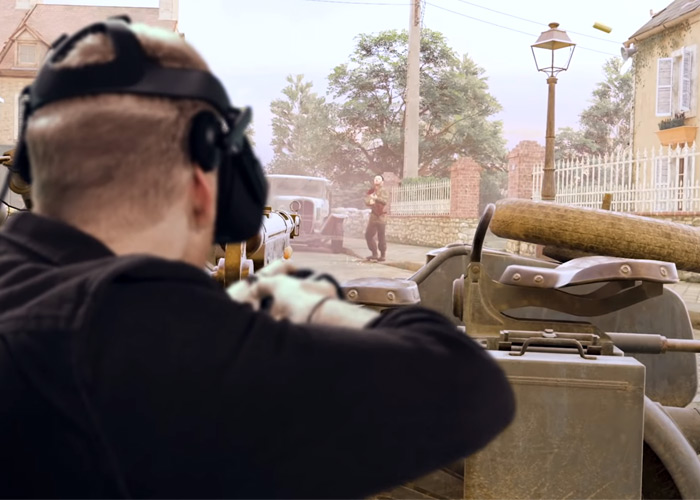 A first person game popular amongst airsoft players will be back again. “Medal of Honor: Above and Beyond” was announced at the Oculus Connect 6 as a Respawn project and is set to be released next year. But before everyone gets excited, this game will be an exclusive release for the Oculus Rift VR system.

Yes, you will need to have the Oculus Rift to be able to play this game and make sure your system is ready to accommodate the VR headset which means investing in GPUs that can meet the requirements such as the Nvidia's 10-series or Max-Q GPUs.

Medal of Honor was last released in 2012 with 11 titles bearing the name released since it was first introduced in 1999.  The game is set in World War II with the player being an agent of Office of Strategic Services (OSS, presently known as the CIA).  Like its real role during that war, the player will have to operating behind enemy lines, coordinating with resistance forces, which in this case is with the French Resistance.

With a VR-based first person shooter being a more immersive experience, game controls are more about being nearer to reality that game controls from the usual gaming consoles and PCs. The player will actually do a mag change virtually like how we do it in airsoft or real world. It will be a more physical experience as players will catch grenades to throw back, do knife throwing, and actually punches to ensure that target Nazi doesn’t get up anymore.

Development of “Medal of Honor: Above and Beyond” required Respawn to consult veterans as they try to be as accurate as much as possible with the World War II environment and be able to preserve their stories digitally.

Gamers interested in “Medal of Honor: Above and Beyond” will have until next year to prepare their systems and be physically ready for the immersion in VR. Apart from the gameplay which will be available in single player and multiplayer modes, there will be mini documentaries with veterans who will tell their stories.