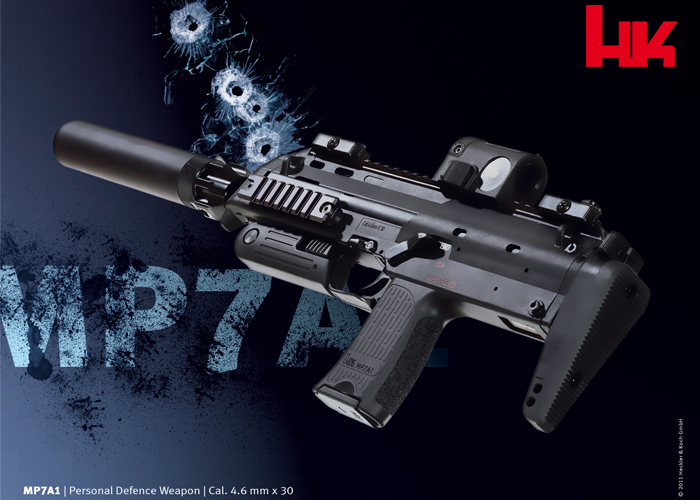 News has been circulating some time now that the German firearms company, Heckler & Koch, will be having new owners soon. Previously, the company says it is not for sale, but given the financial quagmire that the company is in, having an external group put a new cash infusion and help it nurse it back to financial health seems the best way for the company.

Last 15 July, the Federal Ministry for Economic Affairs and Energy approved the Luxembourg-based Compagnie de Développement de l'Eau (CDE) to get a majority stake in the company. Before this development, there was acrimony between CDE and former majority owner Andreas Heeschen regarding Harald Kujat, the former chairman of the Supervisory Board.

Heckler & Koch at present, is in the running in the selection process for the next service rifle of the German Bundeswehr to replace the G36 rifle. In the press release below, the company mentioned the new G95K (HK416A7) assault rifle that will be used by the Bundeswehr special forces later this year. That should be interesting.

Press release below is machine translated:

The CEO of H&K AG, Dr. Jens Bodo Koch says: “We are very interested in clear and stable ownership. With a financially strong, long-term oriented majority owner like CDE, the economic stability of H&K is now sustainably guaranteed. The consolidation course we have taken since 2018 can now be continued consistently. "

After years of losses, H&K again achieved a profit of EUR 1.6 million in the past year. With a view to the first half of 2020, the Management Board expects a further increase in sales and an improvement in earnings.

H&K expressly welcomes the fact that continuity, stability and expansion of the technology leadership of the Oberndorf company enjoy special priority for CDE and that the new majority shareholder supports investments in production and development capacities in Germany in this context. "With CDE's commitment, a good 900 future-proof and innovative jobs have been secured in Oberndorf," says CEO Jens Bodo Koch.

CDE has been a H&K shareholder for five years and expressly supports the company's “Green Country Strategy”. After that, the company only supplies democratic countries, which belong in particular to NATO and / or the EU, and are treated as equal to NATO. It is one of H&K's corporate principles that weapons belong in the right hands. For H&K, these are soldiers and police officers in democratic countries, who ensure the security and integrity of citizens. They deserve the best equipment for their indispensable and often challenging hard work.

Continuation of the growth and innovation course

With the new majority owner, H&K can continue the growth and innovation course embarked on by the board. The success of this course is already visible. In 2019, the operating profit before taxes (EBITDA) was 30.3 million euros (12.6% of sales), 63 percent higher than in 2018 (18.6 million euros or 8.4% of sales) ). After a successful first half of the year, H&K expects to see profitable growth in 2020 despite the corona pandemic due to its sustainable business policy.
H&K's return to the profit zone can be attributed on the one hand to a cost reduction program and a significant increase in production efficiency, and on the other to an agreement with the workforce to contribute to the consolidation of the company through additional work while at the same time reducing wages.

The positive development enabled H&K to put together an investment package worth 25 million euros, which has been used to modernize production and improve the infrastructure since July 2019 into the next year. The company is now operationally profitable enough to manage investments like this from its own cash flow.

The overall outlook for the next few years is also positive. H&K was able to record record orders for the second year in a row. In the current year, the company began delivering 2,000 medium-range weapons to the Hessian police to protect citizens in the event of terrorist and amok cases. Also this year, the Bundeswehr special forces will launch the new G95K (HK 416 A7) assault rifle from H&K. This weapon replaces the G36K, which also comes from Oberndorf. H&K's latest success is the start of delivery of just over 6,000 M110A1 (Squad Designated Marksman Rifle / Rifle Scope / SDMR) precision rifles to the US Army.

We want people to be able to live safely. Our products are designed to protect people in liberal, democratic countries from threats and violence. Heckler & Koch is the leading manufacturer of handguns for the countries of NATO and the EU and is proud that its assault rifles are part of the standard equipment of many European armed and security forces.