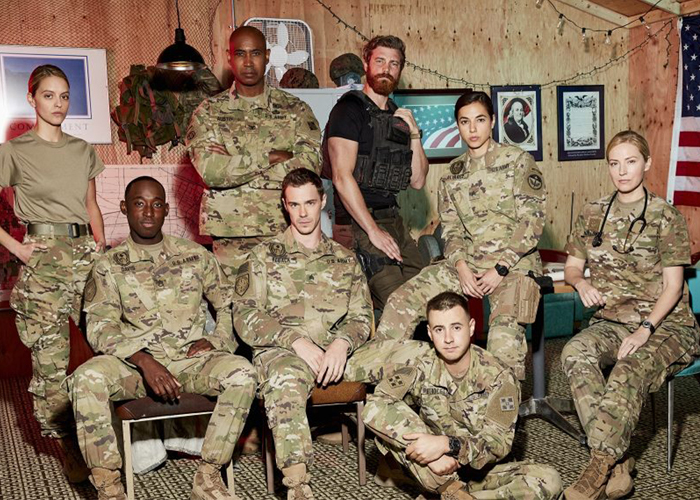 For those looking for a M*A*S*H TV series made for the 21st Century, their prayers are answered. Paramount Network just released a trailer of “68 Whiskey” which is about U.S. Army medics deployed in Afghanistan. The new series will premiere January 15 at 10 pm ET/PT according to a report from Deadline.

“68 Whiskey” Season 1 will have 10 1-hour episodes and it is an adaptation of the Israeli TV series “Charlie Golf One”.  Deadline says that that series "stars Sam Keeley, Jeremy Tardy, Gage Golightly, Cristina Rodlo, Beth Riesgraf, Lamont Thompson, Nicholas Coombe and Derek Theler and follows a multicultural band of Army medics stationed in Afghanistan on a base nicknamed 'The Orphanage.' Together, the medics navigate a dangerous and sometimes absurd world, relying on comradery, various vices, and, occasionally, a profound sense of purpose to carry them through."

Written by “The Brink” co-creator Robert Benabib, the show comes from Imagine Television Studios, the TV arm of Ron Howard and Brian Grazer’s Imagine Entertainment, and CBS TV Studios. The creator of “Charlie Golf One”, will also executive produce and he is joined by Efrat Shmaya Dror of United Studios of Israel and Danna Stern of yes Studios. 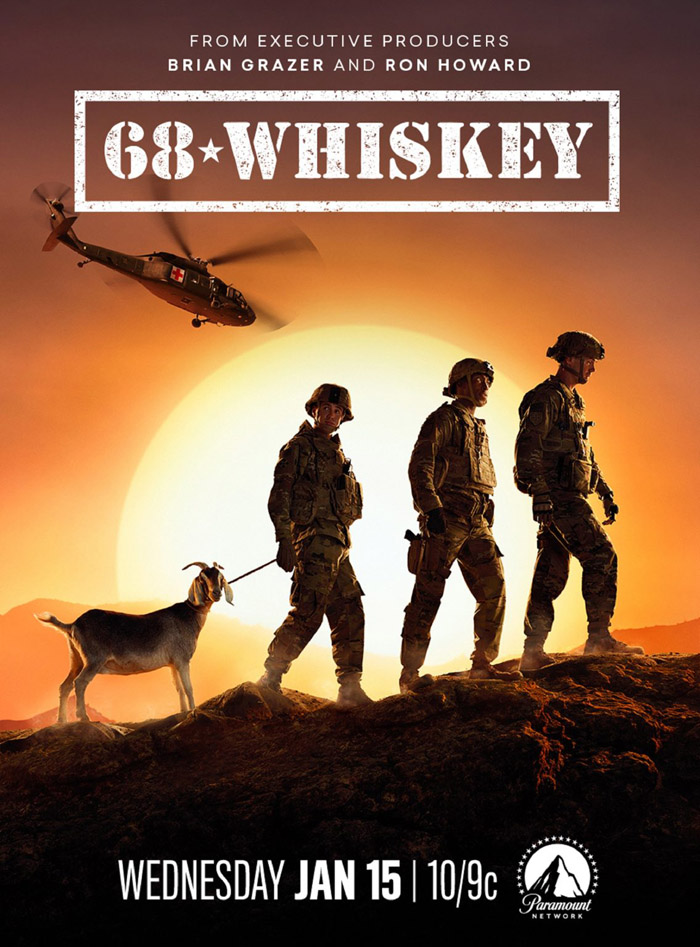 “68 Whiskey delivers on Paramount Network’s mission to deliver TV as big as the movies. It’s unlike anything else on television right now, truly exploring modern military life in a way we’ve never seen before. It’s a provocative look at the cultural and social tensions faced by the men and women serving their country,” said Keith Cox, President, Development and Production, Paramount Network and TV Land in a press release.

He added that, “We couldn’t be more excited to share the first look at 68 Whiskey, our new series with Paramount Network. The series is cinematic, adrenaline-fueled and filled with wit and irreverence to cut the tension of the life and death stakes of war for U.S. medics in present day Afghanistan. It’s unlike anything we’ve done before – and anything else on TV,” said Brian Grazer and Ron Howard.

You can watch the trailer and a featurette with Ron Howard and Brian Glazer below. Check with your TV cable provider which channels you can find the series once it premieres in January:

Photo and poster from Paramount Network.