A rare occurrence in both airsoft and real steel markets is the release of an AR that has a folding stock. That’s what ZEV Technologies when the company announced the ZEV CORE Elite folding AR15 pistol, designed for more convenient transport as well as being able to manoeuvre in tight spots.

The Zev Core Elite Folding AR is similar to the previous CORE Elite rifle releases and its distinguishing feature is a Law Tactical Folding Stock Adapter that has an SBA3 4-position adjustable brace.  The Law Tactical Folding Stock Adapter is a CNC machined 4140 steel and when folding it, one has to push the release button. When unfolded the SBA3 brace from SB Tactical is adjustable to 4 positions. 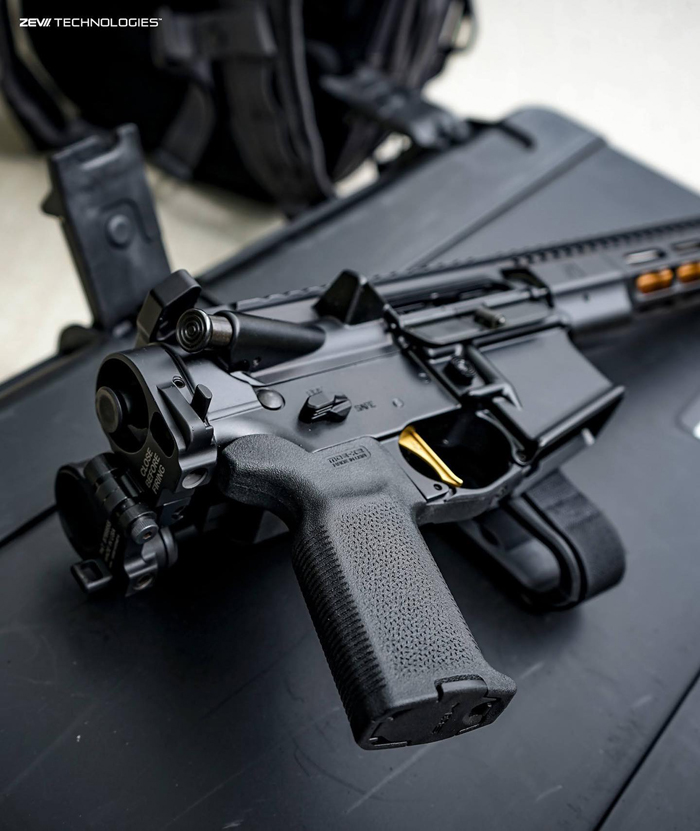 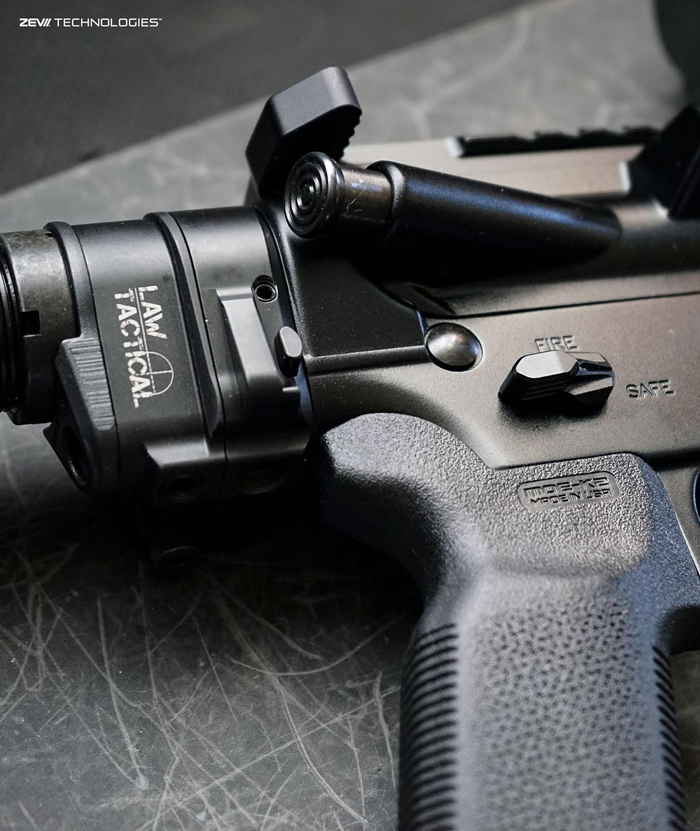 The ZEV Wedgelock handguard has a full length M-Lok rail system and to complete the front-end it has the ZEV Muzzle Device that functions as a flash suppressor and reducing muzzle climb during firing the weapon.

It’s pretty pricey at US$2,164.00. If you are expecting an airsoft version, it might not be included the upcoming PTS ZEV CORE Elite line of AEGs that will be released this year. 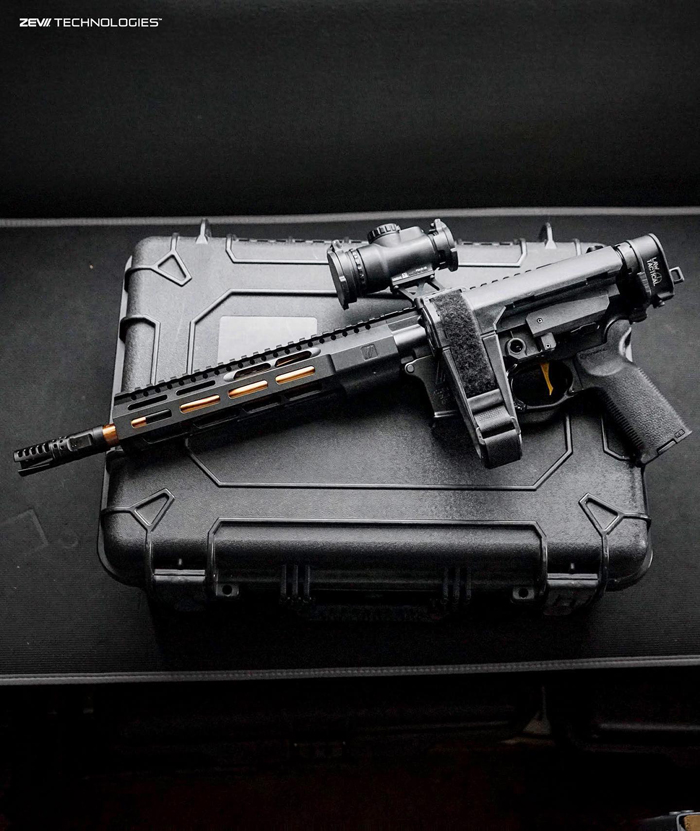 More details on the specifications of the ZEV CORE Elite Folding AR below: 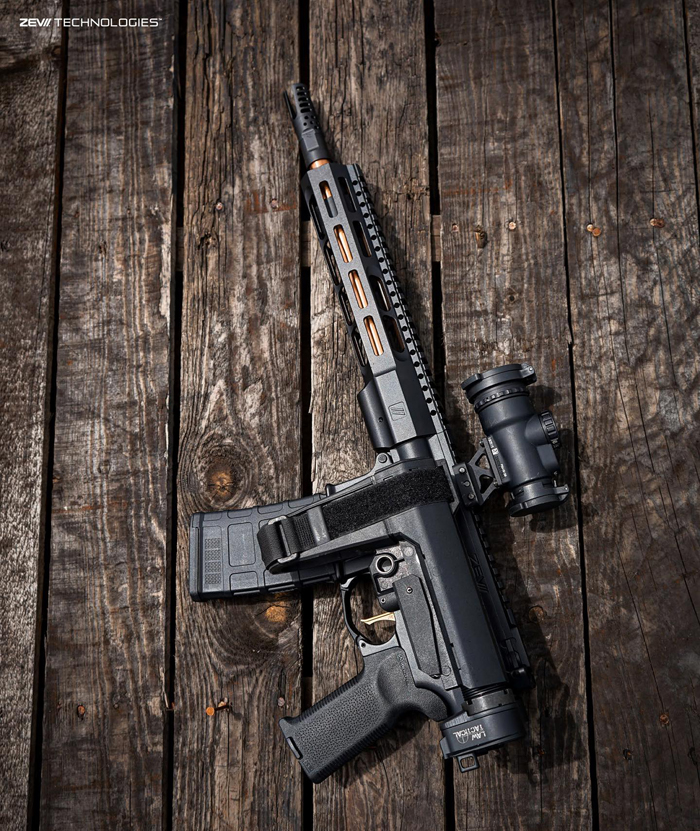