Wanna Buy A Giant Robot? The Megabots Eagle Prime Is On eBay 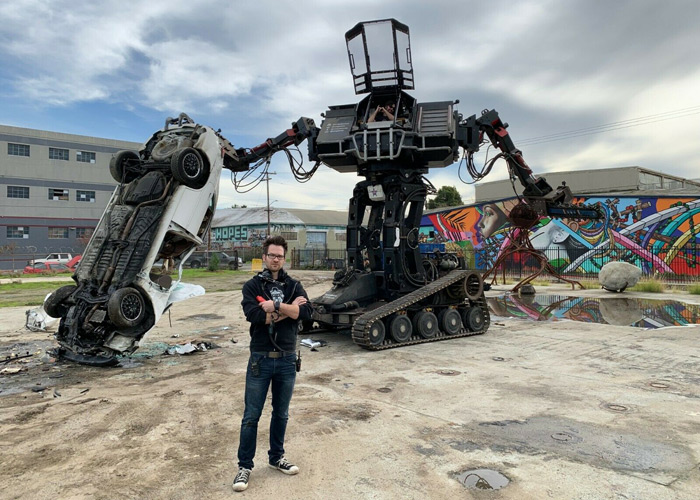 The dream of giant fighting robots entertaining the masses is dead, for now. Megabots, the company that dreamt of such giant robot fighting league that will make the Robot Wars TV show look like it’s been run over by, of course a giant mech on tracks like an M1 Abrams mowing through a bunch of cars in a parking lot, has started to sell its assets, the biggest of which is its prized possession, the Eagle Prime, before they file for bankruptcy.

It was fascinating to follow the journey of Megabots, which first built a paintball-firing giant robot, which the later called as “Iron Glory” as proof that giant robot fighting league can be done. At the same time Megabots were marketing their plans, the Japanese Suidobashi Heavy Industries, also built their own giant robot, the airsoft firing Kuratas. The Megabots team saw this as a big opportunity to promote their fighting league challenged the Japanese, which was accepted, paving the way for the first Giant Robot match in history.

After some delays, with the Megabots team building the Eagle Prime MK3 to use apart from the original Iron Glory to ensure the pilot’s safety ad both teams discarding their paintball and airsoft armaments with more robot-busting weapons, the match took place in October 2017. After three rounds, the Eagle Prime MK3 was able to subdue the Kuratas. 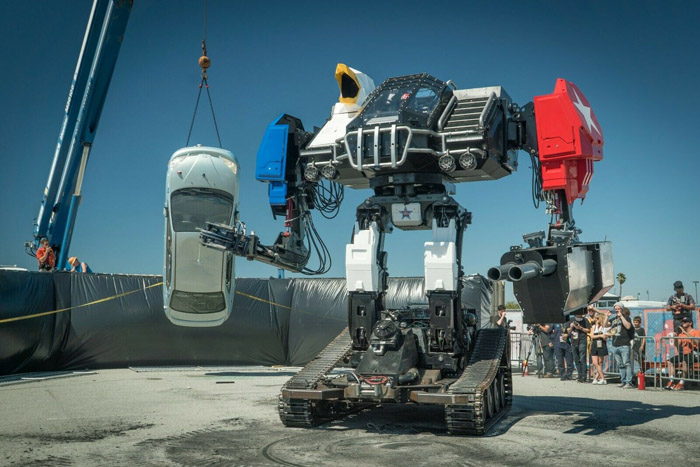 After the match, whatever happened to the interests of other robot teams to challenge Megabots, the financial issues came to fore and that any income generated via appearances and merchandising, is not enough to sustain operations and pay the interest to the loan they’ve taken before. Thus, they started selling their assets to try and pay the loan and declare bankruptcy. So, if you ever desired to own a giant robot, here’s your chance as it’s now eBay:

You are bidding on Eagle Prime, one of the world’s only fully-operational piloted battle mechs. This robot was built by MegaBots, Inc. This robot was originally constructed as the United States’ entrant to the well known USA vs Japan Giant Robot Duel. About $2.5M went into this robot, and since then, it has become a worldwide icon, globally recognized by millions.

Eagle Prime is likely the world's most combat-capable battle mech. This 15-ton robot is powered by a 430 horsepower LS3 V8 Engine commonly found in the chevrolet corvette. It’s piloted by two people, and stands 11.5 ft tall when it’s squatting down, and about 16 ft tall when it’s standing up. Note, it’s often cited as a 12-ton robot online, but those were estimations. After measuring, we now know it weighs 15-tons.

Eagle prime is actuated by common off the shelf hydraulic actuators and valves. Mostly from Parker Hannifin. If you’ve worked on cars and heavy equipment before, you’ll be a natural at servicing this beast.

Its software runs on an open-source java codebase written by IHMC -- A non-profit robotics lab located in Pensacola, Florida. Realistically, if you have some programming and robotics chops, you’ll be okay to make minor tweaks, but you’ll likely have to pay them a little bit to consult you through the process of making bigger changes.

To win the Eagle Prime, you will need substantial funds, and I mean REALLY substantial funds. As of this writing, the bids are now over US$160,000. Still way below the US$2.5 million that went into its build, but it is a hefty amount. Perhaps you might want to have a defence contractor as a backer  to win the bidding.

Whilst, it’s all over the Megabots teams, the march of building robots for fighting continues. Drones, in all kinds of shapes and sizes, are now integral in warfare, and these are considered robots too. If they get Artificial Intelligence (AI), the Giant Robot Fighting League, if it will happen, will just look like a minor baseball league.