If ever Smith & Wesson want to continue their licensed M&P airsoft rifles, then this new M&P 15T II Rifle is what we want to see done. It’s hard to find an M&P AEG, which is made either by ICS Airsoft or King Arms and we believe these have been discontinued. What we know about Smith & Wesson products for airsoft are mainly made for Umarex and Cybergun such as the M&P pistols and revolvers. Tokyo Marui also manufactures M&P pistols.

Smith & Wesson announced their new M&P 15T II Rifle which is the latest in their highly successful sporting rifles. According to the company, they upgraded the design with the design the Magpul CTR carbine-length stock, flat face trigger, and the M&P grip which was first seen in the M&P pistols which four interchangeable palmswell grip inserts. Just like the M&P 15T, it comes with the 15-inch free-float M-Lok handguard. 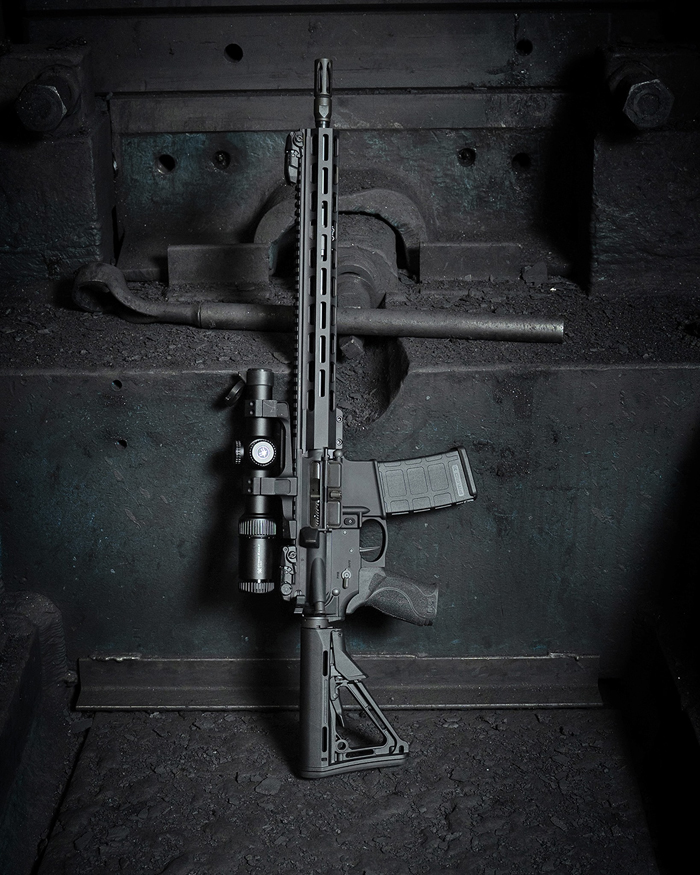 With the M-Lok now the dominant rail interface system for new rifles nowadays, the welcome add-on with the M&P 15T II is the inclusion of the interchangeable grips which are seen in the M&P pistols such as the M&P9 and M&P40. Shooters can select which of these grips can give the most comfortable grip. 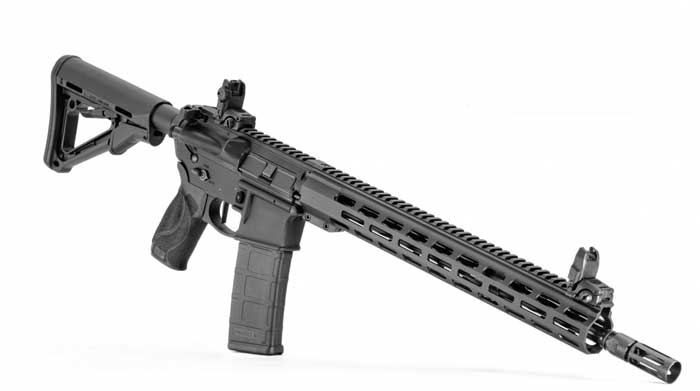 The M&P 15T II Rifle is now available to order in the USA for $1,372.00.  More information revealed in the press release from Smith & Wesson below and an old video made with Jerry Miculek on the M&P 15T in 2017.  As for an airsoft version in the future, we wait.

Vince Perreault, Senior Brand Manager, said, “With the M&P15T II, we set out to include some of the latest features that consumers demand on a high-end MSR – a full-length handguard, flat face trigger, ambidextrous controls, and more. The M&P15T II delivers premium enhancements in a high-performance modern sporting rifle.”

The M&P 15T II rifle features a free-float 16” barrel that features 5R Rifling with a twist rate of 1:8 and is equipped with a mid-length gas system delivering reduced recoil and efficient cycling. The M&P15T II features a forged, oversized trigger guard to provide maximum clearance when wearing gloves and is equipped with a new flat face trigger for crisp and consistent trigger pull. The M&P15T II comes standard with a Radian™ Raptor-LT™ charging handle, providing ambidextrous manipulation of the charging handle. Also included is a Magpul CTR carbine-length stock and 15” aluminum M-Lok handguard topped with Magpul MBUS® sights.