Saab Gets New Contract To Supply The Carl Gustaf To The U.S. Army 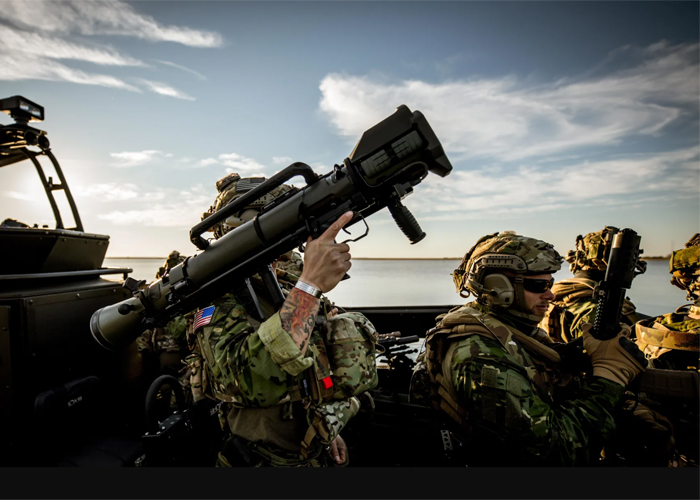 The Carl Gustaf recoilless rifle is in the news recently, such as the war in Ukraine and also in the airsoft industry. In the Ukraine, it has been credited with the first combat loss of one of Russia’s most advanced tanks, the T-90M Proryv-3 “Breakthrough” tank in Kharkiv Oblast leading to the Ukrainians thanking the Swedish people for supplying the Carl Gustaf: 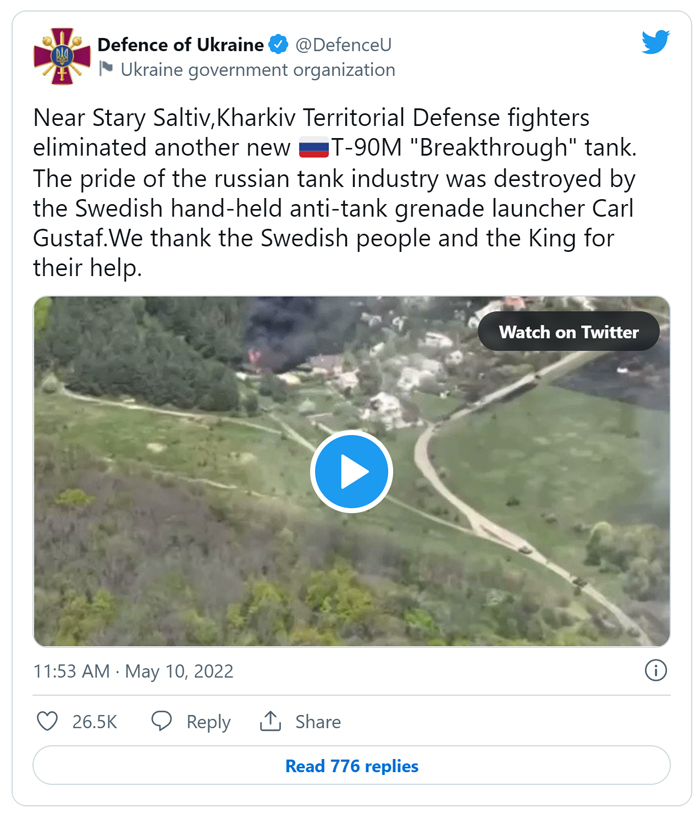 In the airsoft industry, there will be two Carl Gustafs that will be released and are made in Taiwan, the version from PAF Airsoft and the version from Vega Force Company (VFC) which were on display at the MOA 2022 Camp Fest in New Taipei City.

The Carl Gustaf is a preferred recoilless rifle by the world’s most powerful militaries, including the U.S.A. Just yesterday, SAAB announced that they bagged a contract to supply the Carl Gustaf M3A1 for the U.S. Army) worth US$16 million. This will also included deliveries to the U.S. Marine Corps.  Though we are  a bit confused if it is the M3A1 or the M3E1 which is the latest version.

The Carl Gustaf M3E1 is the latest version and is lighter than the previous M3 MAAWS as well as being shorter, making it easier to carry especially in urban combat situations. Other improvements are a red dot sight; a travel safety catch so it can be carried while loaded;  an adjustable shoulder rest and forward grip; and a shot counter to keep track of how many rounds. The Carl Gustaf has a 1,000-round barrel life.

Unit cost of the M4/M3A1 is US$20,000 with the ammo around US$500 to US$3,000 per round, depending on the type. Just imagine a total of US$23,000 weapon system destroying a latest generation tank of Russia worth at least US$2.5 million. The T14 Armata tank which is the next generation is still fewer in numbers due to budget constraints.

If you are interested in the airsoft Carl Gustafs, here are the videos of the PAF and VFC versions. Press release of the latest Saab contract is right below the videos:

Saab Awarded Contract from US Army for Carl-Gustaf recoilless rifles

The U.S. Army MAAWS Program Office has awarded Saab a contract for Carl-Gustaf® M4 recoilless rifles. The Carl-Gustaf rifles are also known as Multi-purpose Anti-Armor Anti-personnel Weapon System (MAAWS) and M3A1 in the U.S. Army. The order will include deliveries of weapons for both the Army and the US Marine Corps. The contract has a total value of USD 16 million and is awarded under a current ID/IQ agreement.

Saab will provide Carl-Gustaf recoilless rifles to continue supporting the ongoing fielding effort in both the Army and the Marine Corps.

“At Saab, we are always striving to support the Infantry with light-weight solutions that make their jobs easier. This order will make Soldiers and Marines more agile thanks to the reduced weight and increased capability compared to the previous version currently in operational use. Additionally, this order will increase interoperability across services, alliances, and partnerships, with so many already fielding the Carl-Gustaf M4,” said Erik Smith, President and CEO of Saab in the U.S.

The Carl-Gustaf® system of lightweight weapons, now in its fourth generation. It is in use in more than 40 different countries, including many NATO allies.