This is not actually a Real Steel (RS) wiki of a real gun, but as airsoft replicas based on Anime shows from Japan are coming out, might as well dig up Wikipedia to find the entry on Seburo. While many will wonder why some airsoft manufacturers are coming out with these types of airsoft guns, there is a huge generation of airsoft players who are very much familiar with Anime shows, and sci-fi and fantasy conventions are filled up with attendees wearing their favourite anime character. These airsoft guns would very much be useful for skirmishes that have some anime theme in it, apart from those "Matrix Nights" or "Biohazard" events. It would be great to get some anime getup with these.

Photo in the thumbnail is from the Ghost in The Shell Stand Alone Complex.

Seburo is a fictional small arms manufacturer commonly found in many of the works of manga artist Masamune Shirow. He frequently attributes the Seburo name to advanced, high-velocity, small-caliber weapons, similar in concept to firearms using 5.7x28mm SS190 and 4.6x30mm bullets in that their primary role is to pierce armour. Recent documents seem to suggest that Seburo is the small arms branch of Poseidon Industrial -- another fictional Shirow company. In the Ghost in the Shell Stand Alone Complex PlayStation 2 game, the in-game "word list" describes Seburo as having been founded in 2024. The phrasing of the entry suggests that, in the Ghost in the Shell universe, the company is partly owned and controlled by Section 9. Many Seburo weapons feature a triple-circle motif, and some promotional materials for Ghost in the Shell suggest that this is a company logo. 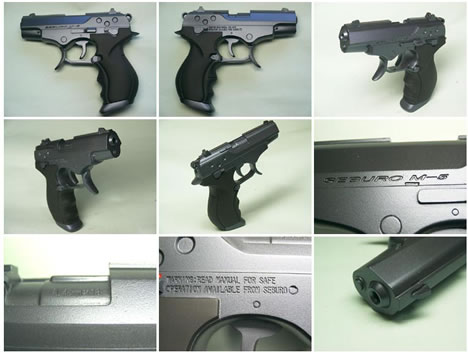 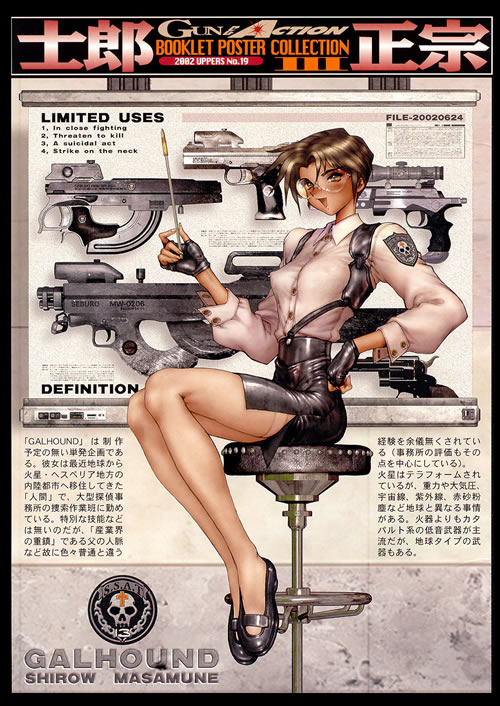 Use Outside of Shirow Universes

Seburo products -- especially the C-X and MN-23 -- have been adopted by the cyberpunk community. A C-X modeled by Francis Chung has become an icon of the Second Life community and economy. Seburo weapons are often cloned for use in gaming mods and deathmatches.

One of the most prominent examples of weapons designed along similar lines to Seburo weapons are found in the popular computer game Deus Ex, in which at least two of the weapons (the Stealth pistol and the Assault rifle) are clearly influenced by Seburo designs.

The C-26A and C-26B (The B model is fit with a silencer) also appear in a few of the mods for the online first person shooter game True Combat: Elite.

The conventional sidearms in the film Final Fantasy: The Spirits Within bear patterns that are extremely similar to Suburo light pistol designs, particularly the "Sonnet" pistol, which was a focal point in two scenes of the film.

Seburo products also appear in the MMORPG Anarchy Online. Seburo Bobsons, as well as fictional models (i.e. not designed by Masamune Shirow or associated with any of his creations) C-99a, C-19a, and M35 appear. However, they only borrow the name and the actual design of the gun is different.

The "submachine gun" from Project Origin, the sequal to FEAR, is reminiscient of Seburo design. 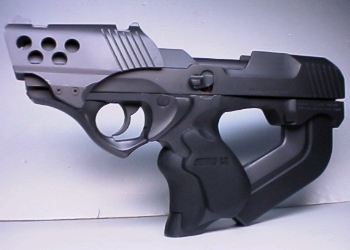