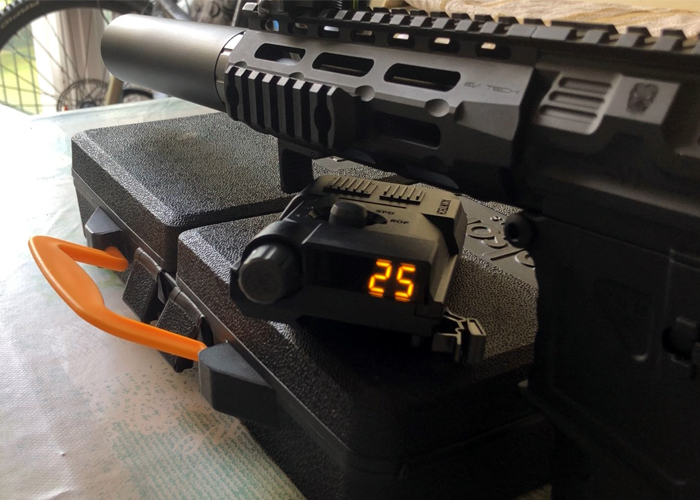 Every now and then we see product innovations come out or become available within the airsoft market which in more ways than one make the player experience better. One such product that have recently been released is the X3300W MK2 Advanced BB Control System from XCORTECH. 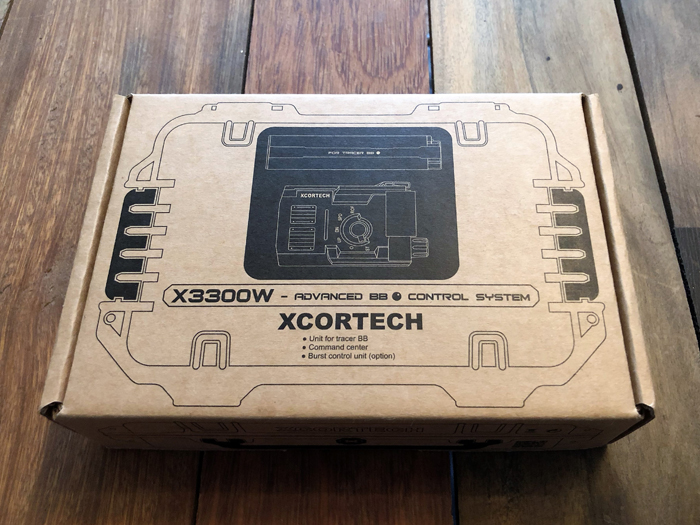 The X3300W MK2 may not be the  game changer in airsoft that players are looking for but, in my opinion will at least enhance player experience.

The set is composed of 3 parts or components: the command centre control system which resembles a PEQ Box and can be attached to the rail system of your weapon; the muzzle flamer/tracer unit which resembles a suppressor; and the SCU or shot control unit which many airsoft players will probably call a MOSFET. All these thee components work together wirelessly to give added features to your gaming experience. 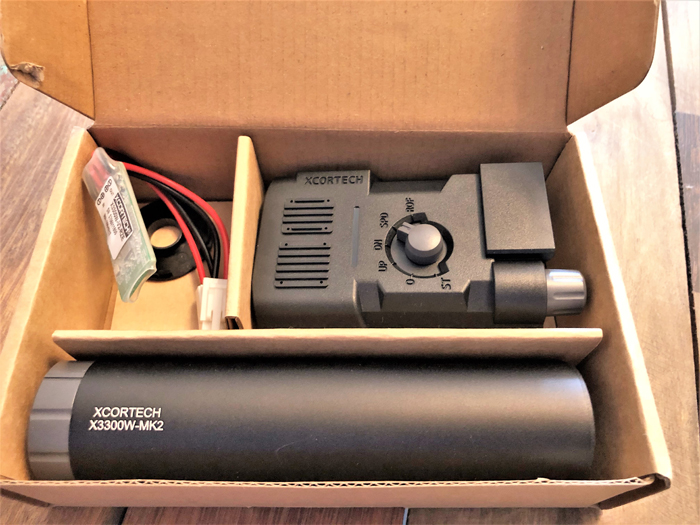 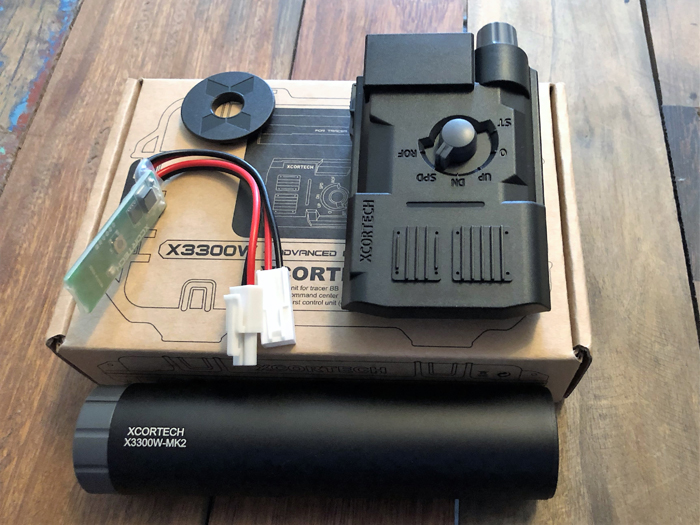 The first main feature of this device is its capability to let the player input the amount of BBs his/her magazine holds and warns him/her when the BBs are about to run out. It also has the feature, when working with the SCU, cut the power off therefore stopping your AEG from dry firing. The player can set the number of BBs from a high cap mag capacity of 300-350 or as low as a real steel mag capacity of 30. The player can also choose the unit to display the BB counter to count upwards or downwards to zero. For me the best thing about this feature is that it gives the player a chance to limit his/her ammo usage by programing the counter to as his/her desired BB count. For example, I would like to play a game where I would limit my mag capacity to a real steel capacity of 30. So I would set the unit to stop my AEG firing at 30BBs and when the counter reaches that number, I can do a mag change even if I am using a high cap magazine. Normally, if I would do this using low cap magazines, I will need to carry quite a few mags to make the experience worthwhile. But with this unit I can have that similar experience by changing between high cap mags. 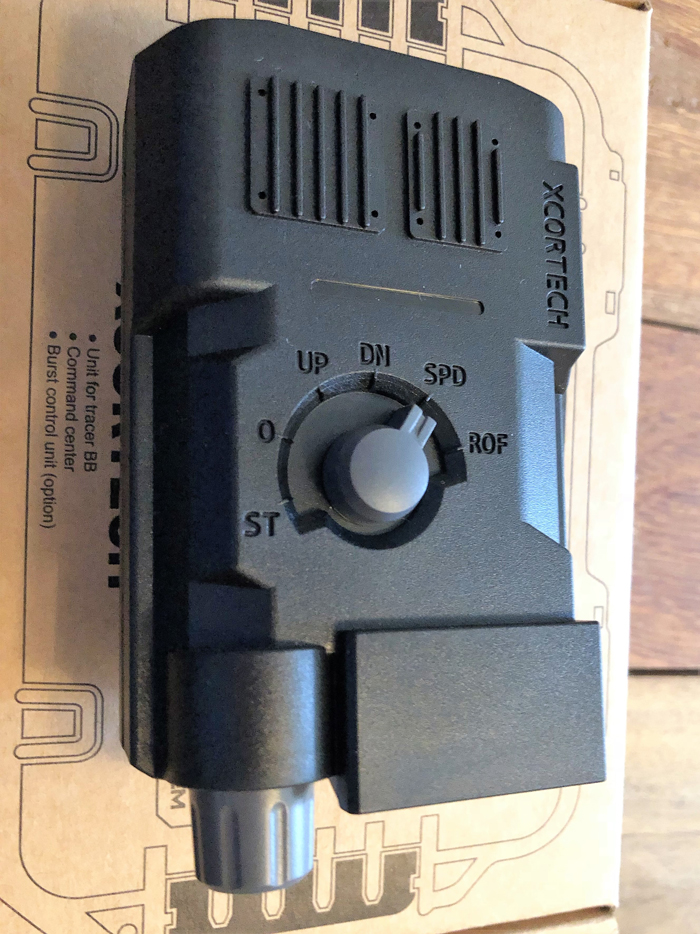 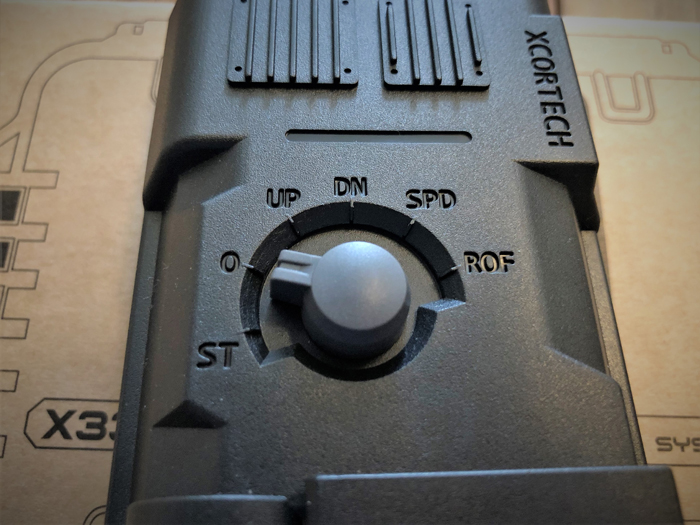 The next main feature is that the unit can measure the muzzle velocity of the AEG and can display the speed of the BBs in FPS or MPS. Again, a great feature which negates the need for a separate chrono unit. Site marshals would probably still ask you to test your AEG on their own chrono unit but at least you will have an idea on how strong your AEG is firing.

The last main feature of the unit is the ROF counter which as it says in the tin, measure the rate of fire that your AEG if producing. This will be useful for players who love upgrading their AEGs. 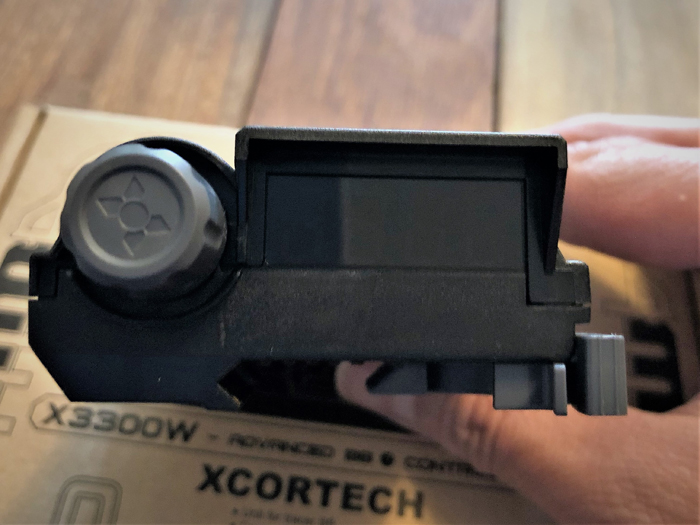 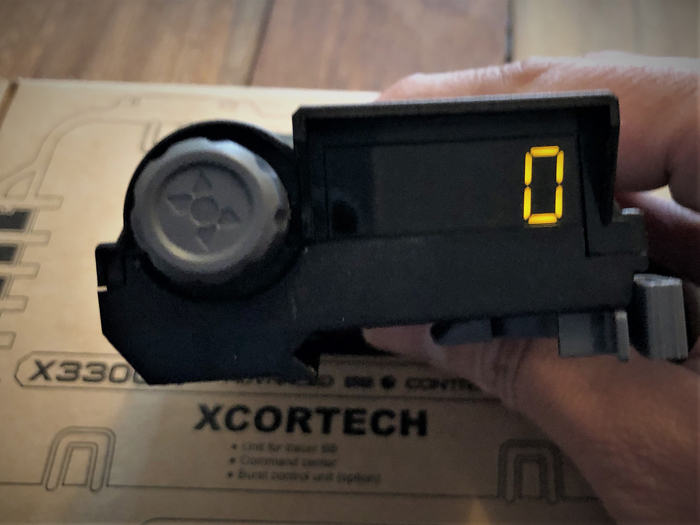 Other features of the XCORTECH X3300W MK2 include the following:

The suppressor unit does not only communicate with the control unit with these features. Powered by 4 triple A batteries, the unit also works as a tracer unit.
The X3300W MK2 unit also has a team battle mode feature or what it calls the BOSS feature. This feature allows the one unit or the “BOSS” to bind with other X3300W MK2 units in the team and set an ammo limit for the whole team. This feature is only available with the V2 version.

Another cool feature with the X3300W MK2 is the TTS or the total shot count where the player can check at the end of the game day how any shots were fired. This is a good information to have as it will give the player an idea if the AEG will need any servicing.

The unit can also program the shot control unit to fire in burst mode on full auto. The player can set the burst fire from 2 to 10. The good thing about this feature compared to other similar MOSFET features is that this can all be controlled easily through the command centre control system and can easily switch from one mode to another without fiddling with the trigger.

The XCORTECH X3300W MK2 is, in my opinion, a very interesting new gadget for airsoft players. Is it one of those products which can be called a “game changer”? I don’t think so… but, it definitely can enhance player experience and may also save a player a few quid here and there. For one, the chrono feature is a great bit of tech to have, players can also save from buying a separate tracer unit. But for me the best feature of this unit is its capability that shuts the battery power off at a designated BB count. Not only will it enhance player experience by playing with limited ammo count, it will also protect your AEG in the long run by preventing it from dry firing.

We have always welcomed new products that try and make airsofting more interesting and we have seen many products succeed and we have also seen more fail. For XCORTECH to come out with an airsoft product such as the X3300W MK2, we can see that there is still a lot more that can be done to improve and enhance player experience in airsoft. So, hats off to XCORTECH and we hope that they will keep on producing products such as this.