Preparations Have Started For The 11th Airsoft Players’ Choice Awards 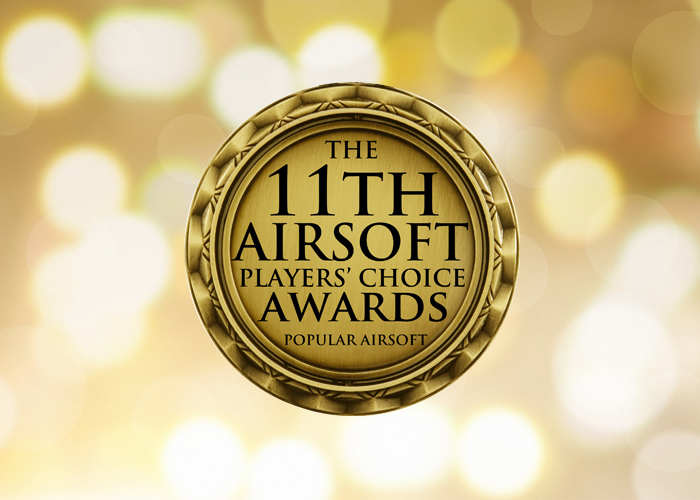 The biggest online event in the airsoft world, the Airsoft Players’ Choice Awards, is about to start its engines. We got many enquiries if the Awards process will proceed this year given the pandemic and since it is online event, we are proceeding as planned and with an additional category for the 11th edition.

The Airsoft Players’ Choice Awards is the event in which the airsoft players give due recognition to the efforts of the industry members, event organisers, content creators, and fellow airsoft players in the promotion of airsoft. Now, on its 11th year, recognition has been given out in various categories and we are adding the “Best Airsoft Retailer for Central & South America” as based on feedback from players coming from the region.

Thus, there are now 26 categories for airsoft players to nominate and vote in:

Airsoft players worldwide get to nominate their favourites for the various categories for a period of almost one (1) month. They can either nominate in all categories or in categories they are familiar in.

Nominees can be nominated in one or more categories, provided that they meet the criteria.

The Voting Period allows the finalists to campaign that they get voted. They can post at their news section and forums; create vlog/blog, or a podcast; post Vote Badges at their websites; announce at social media sites to mobilise players to vote for them.

The winners will be announced one (1) week after the closing of the Voting Period. They will then be notified via email that they won. Airsoft players who won a raffle prize will also be informed via email.

For both the Nomination and Voting Periods, nominations and votes all of these are cast at the Popular Airsoft’s Airsoft Players’ Choice Awards Page (playerschoice.popularairsoft.com).

Players, companies, influenzers and content creators wanting to get nominated and have a shot at being a winner in one or more categories of the most coveted awards event in airsoft, better start preparing as well. See you on 23 November when the Awards process finally gets rolling!