Perhaps the most anticipated NGRS of the year from Tokyo Marui, the MP5A5 NGRS (Next Generation Recoil Shock) is set to be released on the 18th of August this year... "The next-generation electric gun 'MP5A5' will be available on the 30th anniversary of the release of the electric gun!

Equipped with a highly safe 'M-SYSTEM' that uses FET (electronic trigger method) and comprehensively monitors and controls FET, FC, battery, and motor with a microcomputer. It is a model suitable for celebrating the 30th anniversary by reproducing 3 bursts, improving the trigger response, supporting the genuine lipo battery scheduled to be released in the future, and thoroughly pursuing realism in the exterior and operability.

By pulling the trigger, a weight of about 300g that imitates a bolt operates at the same time as firing, and the strong recoil generated inside the main body is transmitted to the whole body. In addition, it is equipped with an auto stop system that stops firing when the magazine is empty, and a bolt release mechanism that releases the auto stop by pulling the bolt handle. It is a model that pursues the reality of operation and operability.

In addition to semi / fully automatic firing, 3 burst firing that fires 3 shots when the trigger is pulled is completely reproduced. The selector, which can be operated from either the left or right, is linked by the axis that penetrates the mechanical box, realizing smooth rotation and a firm click feeling.

Equipped with FET (electronic switch) instead of the conventional mechanical switch. Compared to mechanical switches, the current loss generated at the contacts is reduced, and the response from pulling the trigger to firing a BB bullet is improved.

Newly developed 'M-SYSTEM' in which a microcomputer (MCU = microcontroller unit) comprehensively monitors and controls FETs, FC (Fire Control), batteries, and motors. It not only monitors information from 7 sensors and various voltages to switch the shooting mode and control the rotation of the motor, but also has safety such as detecting damage or abnormality in each place and stopping the operation. It is a system.

Many metal parts such as the upper receiver are coated with powder that has a texture close to the real thing. In addition, the hand guard, lower receiver, butt plate, selector, and cocking lever are molded with reinforced nylon resin that is close to the real material.

By reviewing the parts composition of the cocking handle and adopting reinforced nylon resin, it is possible to hit the locked cocking lever back, commonly known as 'HK slap'. In addition, the sliding retractable stock has a new structure, improving realism and rigidity.

72 bullets. Comes with a magazine that uses a steel press outer case with the seams welded all around like the real thing. * Magazine compatibility is not compatible with other series of MP5 models such as the electric gun standard type." 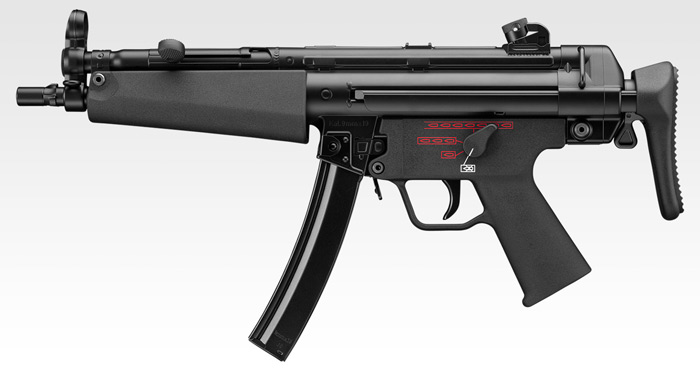 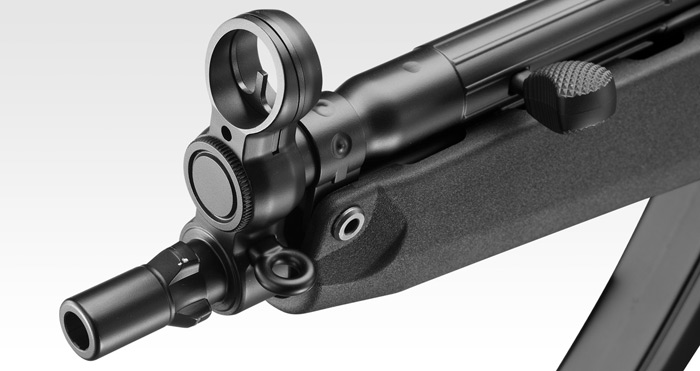 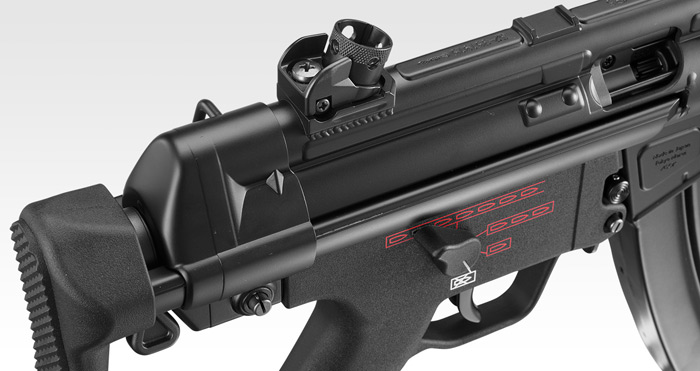 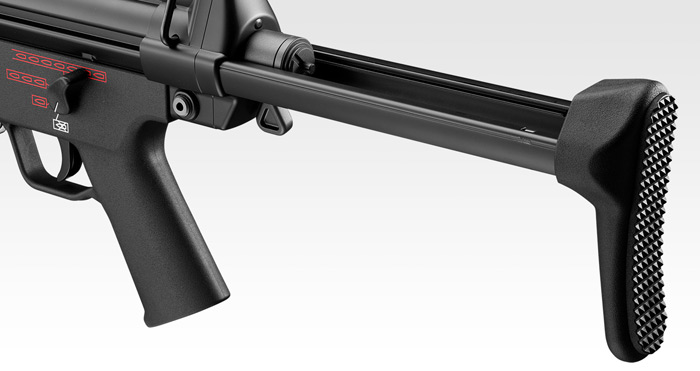 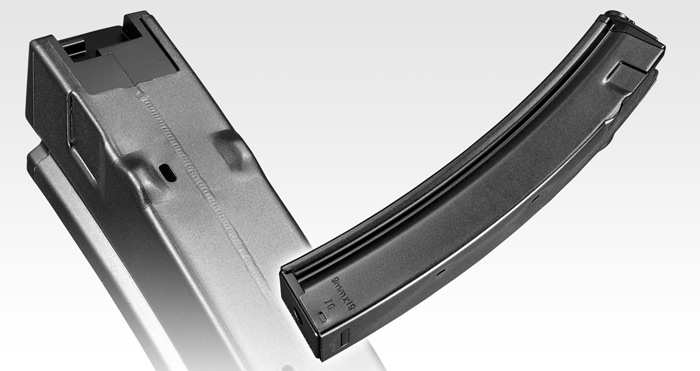