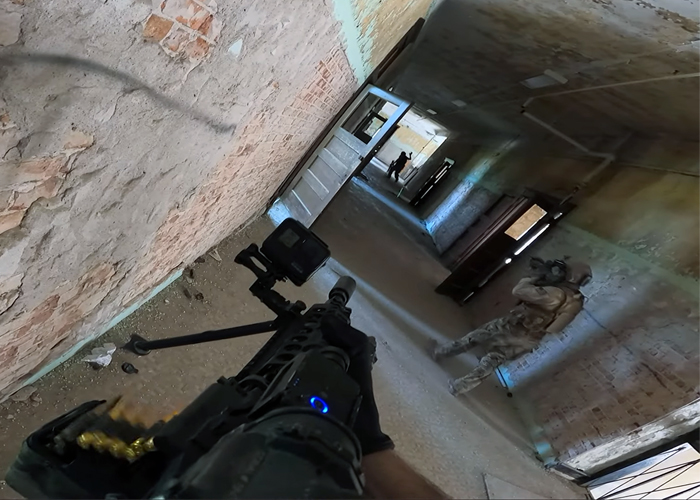 Airsoft Alfonse again brought the Tokyo Marui MK46 NGRS and an HK416A5 for a game at an abandoned high school... "The three-story Classic Revival apollo school has 203,235 square feet of space and sits atop the west hill bluff overlooking downtown Burlington. Thousands of Burlingtonians were educated in the structure during its long life as a school first the city’s primary public high school (1910-1970), then as Apollo Middle School (1970-1983) and finally as the alternative high school. The building was also a designated nuclear air raid shelter in 1950s.