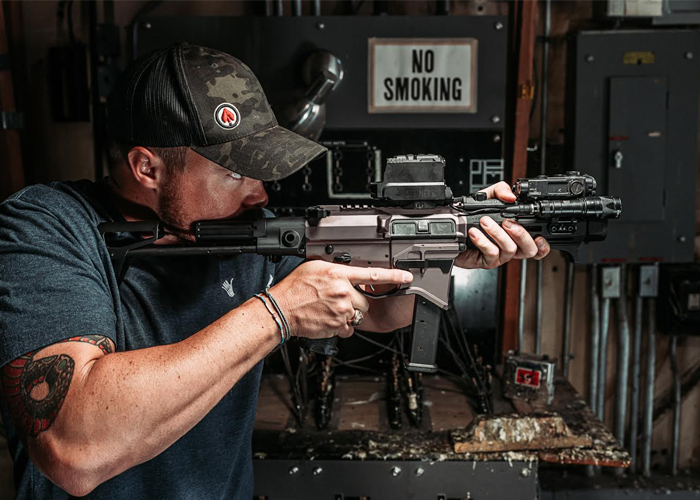 Maxim Defense first introduced the MD9 PCC series in June of this year, adding another option for shooters who prefer the handling of a 9mm compact AR Maxim Defense have been taking pre-orders and have another member to this series, the MD9:905CPS which is the pistol option apart from the MD9:905CP (CQB Brace) and the MD9:905CS (CQB stock).

We have been waiting for Maxim Defense airsoft rifles enter the market since the announcement of VFC Maxim Defense MDX-415 AEG and GBB four years ago which suffice to safe, remained to be vaporware. There have been compacts and subcompacts announced by the company but not one seems to have been licensed to the airsoft market. 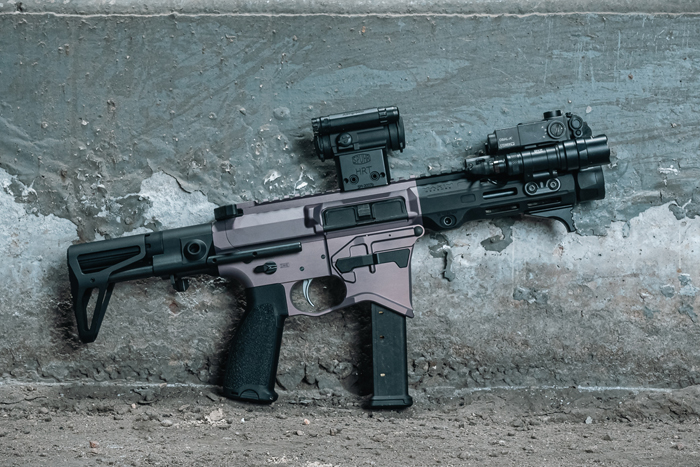 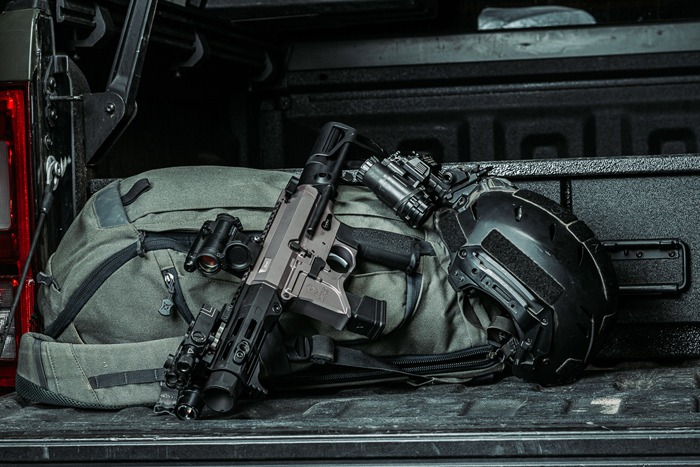 According to the company, the 5.8” barrel length has been selected in order to optimize for the 9mm cartridge which can give a peak performance with 124gr FMJ ammunition. We can just dream of shooting 6mm BB rounds through those barrels whilst we wait for it to become an airsoft reality. 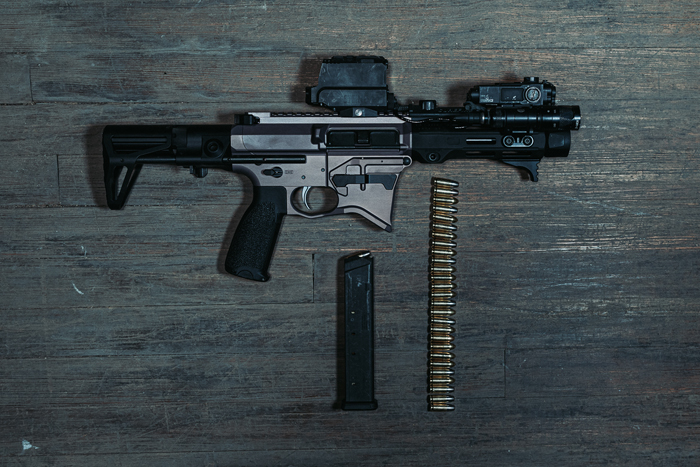 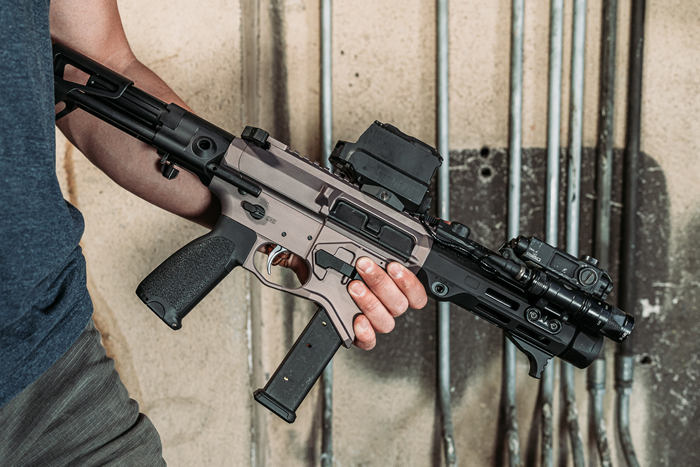 All the models of the MD9 are on pre-order with a lead time 8-10 week shipping. All models in the series are priced the same at MSRP: $1,995.00 and colour options Urban Grey, Arid and Black. Features and specifications are as follows:

The package weighs in at just over six pounds unloaded, and 20 inches collapsed, adding to the small footprint. The MD9 also boasts an ambidextrous magazine release, Radian charging handle, and selector. It accepts all Glock 9mm pattern magazines, G19 or longer. Rounding out the set-up is a modified Maxim Defense HATEBRAKE muzzle booster and ALG Combat trigger.

An issue seen in previous pistol caliber carbine designs is that the shooter would use the magwell for their support grip, which would cause the magazine to move just enough to cause failure to feed malfunctions. Maxim Defense recognized this issue and mitigated it by extending the length of the magwell, giving the shooter a full support hand grip without interfering with the function of the magazine.

The Modified HATEBRAKE emulates the back pressure of a suppressor. So not only is it directing the blast forward and away from the shooter and those around the shooter, but it regulates the cyclic rate. The advantage of this is whether you’re running the included HATEBRAKE or a 9mm suppressor, the cyclic rate will be consistent and not over-gassed.

Maxim Defense went with a barrel length of 5.8″ to maximize the velocity and hence accuracy of this PCC. The optimal barrel length for the 9mm cartridge is roughly 6″, so with the MD9, you’re getting optimal performance out of the 5.8″ barrel. In addition, the MD9 was tested with 124gr FMJ, which resulted in a muzzle velocity of 1,150 feet per second.

When it comes down to defending your home and keeping your family safe, stack the odds in your favor with the Maxim Defense MD9 pistol caliber carbine.