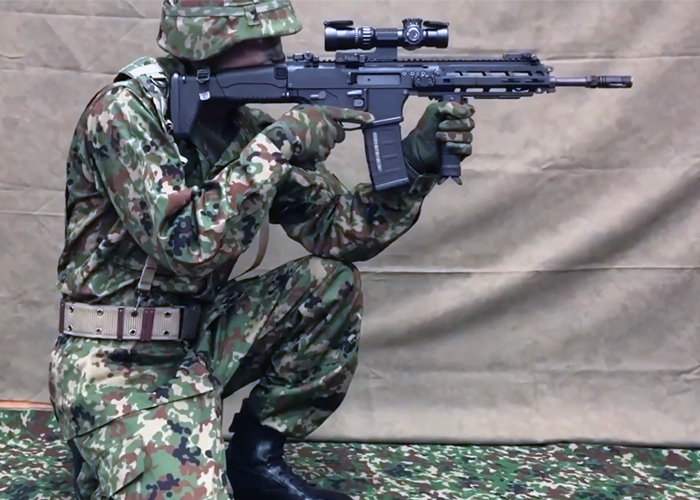 Now we get to see real world details of the new Type 20 Rifle for the Japan Ground Self Defense Force (JGSDF). At an event for the media last Monday, the Ministry of Defense showed the new rifle that will replace the HOWA Type 86 which is the main service rifle together with the older HOWA Type-64 which it was supposed to replace but was never fully pulled out from the service.

The adoption of the Type 20 was announced in December 2019 which we reported to be a contract worth around JPY 3 billion or around US$27.6 Million and will also be made by HOWA. It will still be using the 5.56mm round but the design is more similar to newer rifle designs that airsofters are familiar with such the Magpul ACR/Masada or the FN Herstal SCAR series. 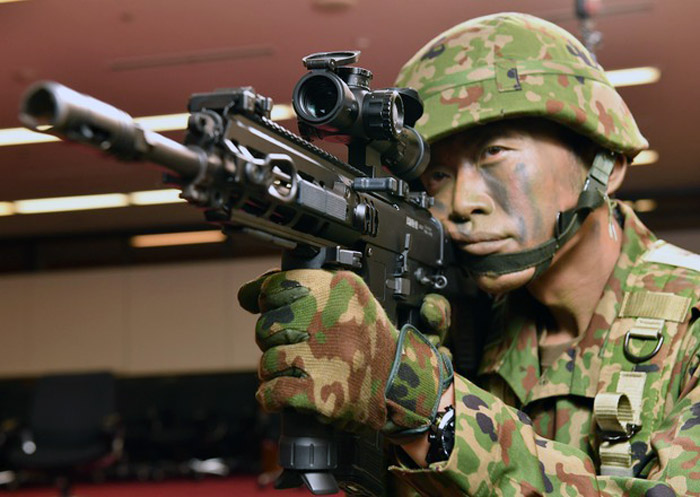 In the December 2019 announcement, illustrations of the Type 20 show a front that that is different from what was revealed last Monday. In the photos, the handguard shows an M-Lok design, which is the preferred system by designers for 21st Century weapons platforms. The rifle is 78cm in length; said to weigh 3.5 kg; it can take Magpul PMAGs; it is bayonet ready; fully ambidextrous; can be equipped with a rail-compatible grip-bipod; and has folding stock with adjustable cheek rest. 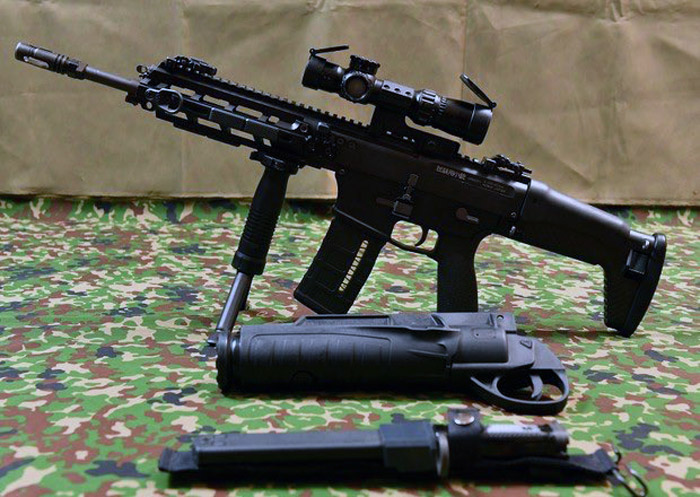 The photos that you see also show the Type 20 with a Beretta GLX160 Under Barrel Grenade Launcher, which is used with the Beretta ARX160. Beretta participated in the selection process and thus the evaluators may have found the GLX160 to be a good fit for the Type 20, but it has not been announced if they are adopting it or are looking for other vendors of grenade launchers that can work with the Type 20.

As for the optics shown on the rifle, it is the March-F 1x-8x24mm Shorty made by the Japanese company DEON. It is claimed that it is the world’s lightest and shortest scope with 8 magnification ratio. 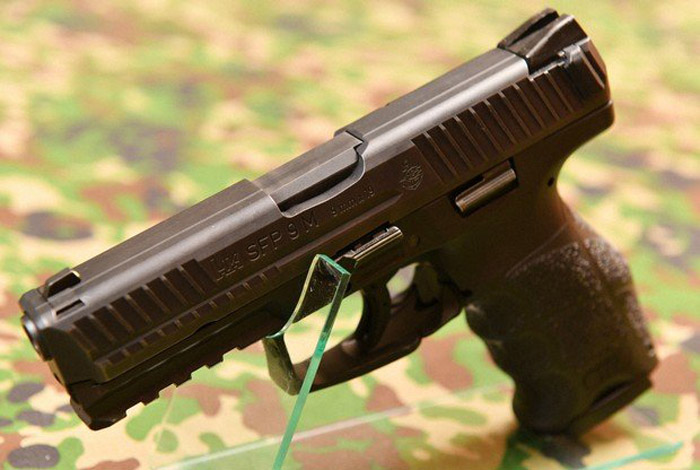 Also shown by the Japanese MOD is the Heckler & Koch SFP9 pistol which will be the official sidearm of the JGSDF. It is a striker-fired 9mm pistol airsoft players know it as the H&K VP9 with the SFP9 designation used in Europe and Canada. It is a fully pre-cocked system with single-action trigger. It also has built-in safety features such as it cannot be disassembled when a magazine is still inserted and it automatically decocks when disassembled. It uses the P30 magazines and the backstrap can be changed for the user to adjust the grip to his/her comfort.

All photos from Japan MOD.