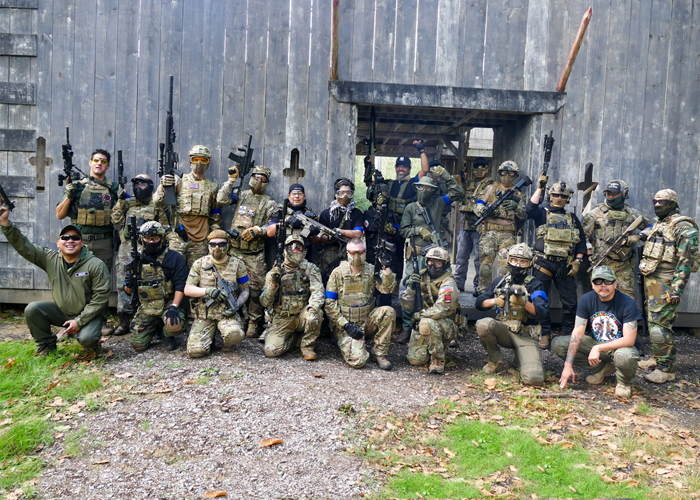 The annual ACE Brigade “The Gathering” was held last Saturday, 10 September 2022 at Tower Airsoft in Billericay, Essex. Gates opened around 8:00am and just like any other ACE Brigade Events, everyone that has registered had a FREE ticket to win amazing prizes in the raffle during the event.

Major prizes consisted of Tactical backpacks and plate carriers from ONE TIGRIS; a Viper VX Gen 2 plate carrier and Viper VX ready Rig from AIRSOFT TACTICAL KIT; an S&T shotgun from DINKSQUAD; an M4 SA EDGE with built-in Gate MOSFET from SPECNA ARMS, and TOKYO MARUI Pistols from POPULAR AIRSOFT, CAMO, and ROE AIRSOFT plus loads of minor prizes to give away. Different teams and players also attended from different parts of the UK.

The opening was started with a minute of silence in observance of the recent passing of Her Majesty Queen Elizabeth was then followed afterwards by the welcoming remarks from Owen Lagman the “Master Chief” of Popular Airsoft and a safety brief care of John Drury of Airsoft Plantation. All players were divided into two teams; RED team and BLUE team.

The first game started around 10am wherein the Blue team had to defend the castle then afterwards had to fallback to the church and try to hold it as long as they can, whilst the Red team will be attacking. The attacking team should light the flare (which is just a red smoke grenade) on each building to indicate that the building is clear. The game will end once both flares are lit. The defending team only has one life in the castle and another life in the Church while the attacking team will have unlimited lives with a rolling respawn. The game was afterwards reversed with the Red team defending. This was a timed game and the results were very, very close with Red team finishing just below 20 minutes and Blue team finishing within 18 minutes. But since the Blue team started to attack the church without lighting the 1st flare, they were give a 3 minute penalty which made their time 21mins, giving the Red Team the “W”.

The second game was a modified Fallback game wherein the attackers will start at the back of the castle and try to cross the open road where the defenders will be waiting to ambush them. They will then have to make their way to the village to retrieve their flag. Once they have their flag, they will have to cross the bridge with the flag and try to ring the bell in the middle of the Bridge.

During the 1st part of the raffle, loads of magazine pouches, inserts, ttactical holsters and face protection care of One Tigris, plus T-shirts and hoodies from ACE Brigade was given out to the players. After the break, the game was reversed and this time it took the Red team, 33mins to complete the objective which ties the games with 1 win for each Team.

The final game’s objective was to try and detonate the bomb which was located in the middle of the woods. Defending team had two lives to defend the bomb and the attacking team had unlimited lives with their respawn point at the back of the church. Blue team managed to set the bomb within 26 minutes. Even though outnumbered during the last game, the Red team still pushed as hard as they can and finished in 35 minutes.

Just before the event finished, everyone was thrilled and was looking forward to the raffle of Major Prizes. 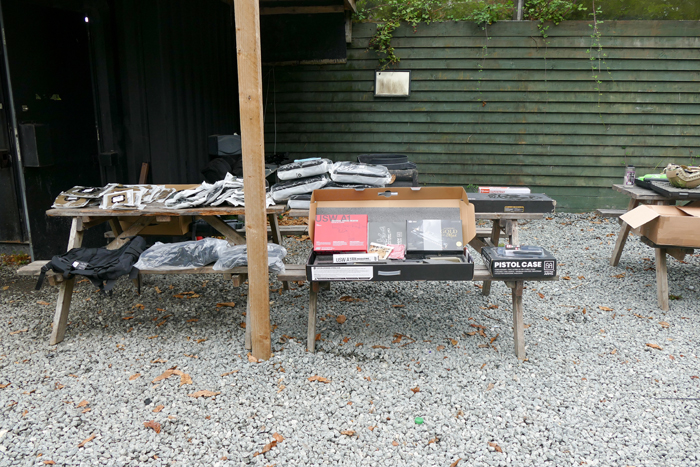 ACE Brigade would once again like to thank everyone who’s attended this year’s event, John and the staff of Tower Airsoft and Airsoft Plantation. And most specially to the following sponsors:

See you all next year for the 2023 ACE Brigade The Gathering!