For those who collect NERF blasters based on weapons from video games, movies and TV series, it’s time to part again with their hard earned money as Hasbro is finally releasing a working NERF Halo Needler Blaster which they revealed during the Hasbro Pulse Con 2021 last October 22-23. Previously, there were releases of other NERF Halo blasters such as the MA40, Bulldog and the Mangler, and to the delight of Halo fans, they are soon to be joined by the Needler.

Working with 343 Industries, Hasbro assures that they have the NERF LMTD Halo Needler Blaster as detailed to capture the look and feel of the of the famous Halo blaster:

The Nerf LMTD Halo Needler blaster captures the look of the blaster from the Halo video game franchise! Imagine yourself as one of the Banished or Covenant and get ready to battle the UNSC! This Nerf dart blaster recreates the blaster's distinctive design with flexible needles that light up when you grip the handle! Fire the darts and watch the needles go dark to simulate how they launch from the blaster in the game. Other light-up accents add to the exciting visual presentation. This fully motorized blaster unleashes 10 darts in a row from the rotating, 10-dart drum. Includes 10 Nerf Elite foam darts. Switch to display mode to illuminate the blaster and showcase it on the included stand. Includes a game card with in-game content in the Halo Infinite game. Eyewear recommended (not included). Requires 6x AA 1.5v alkaline batteries (not included). 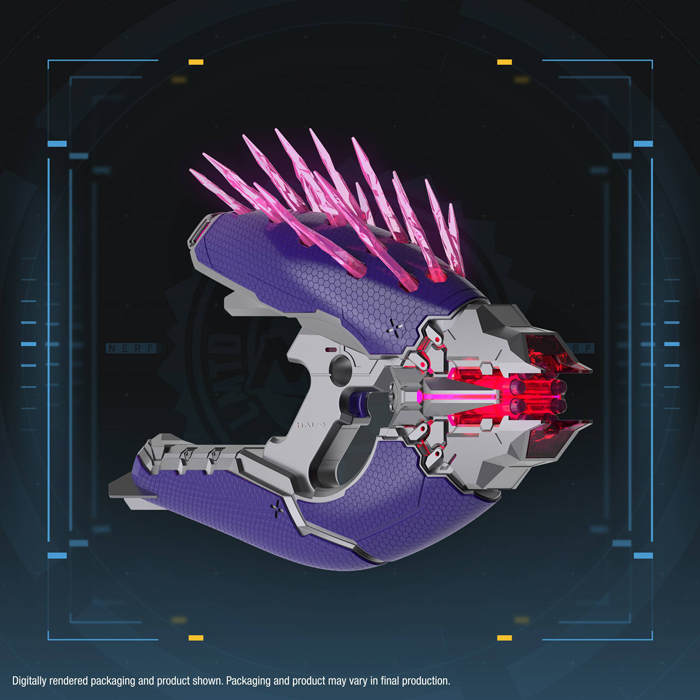 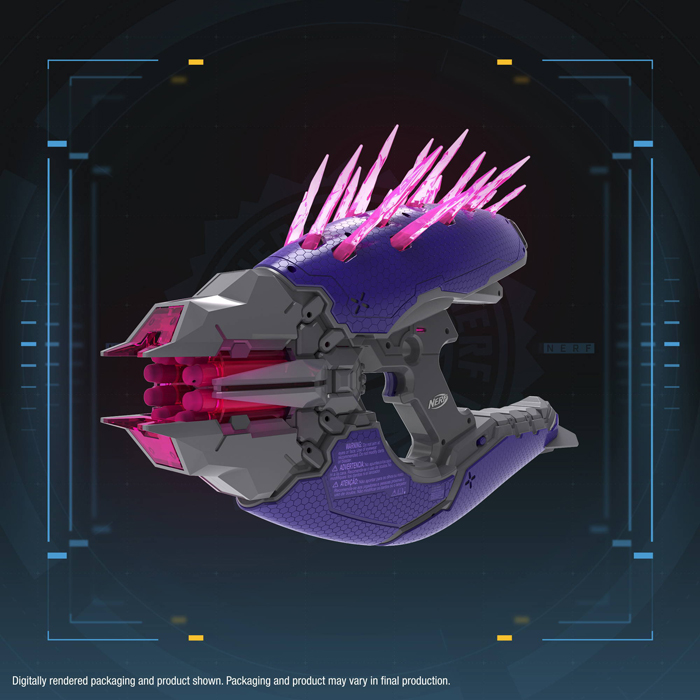 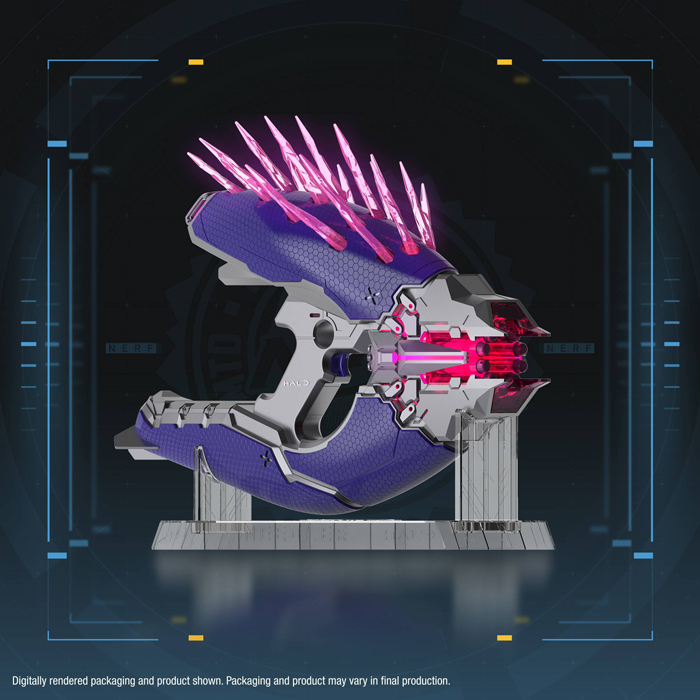 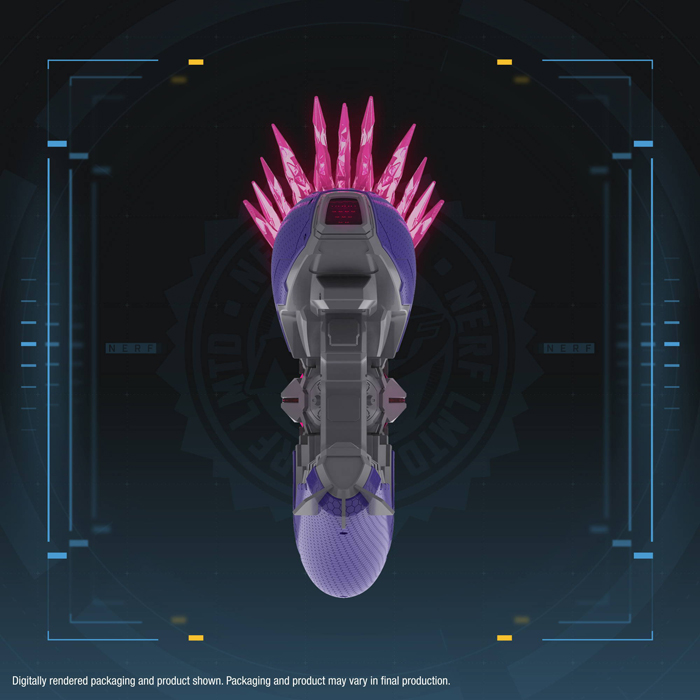 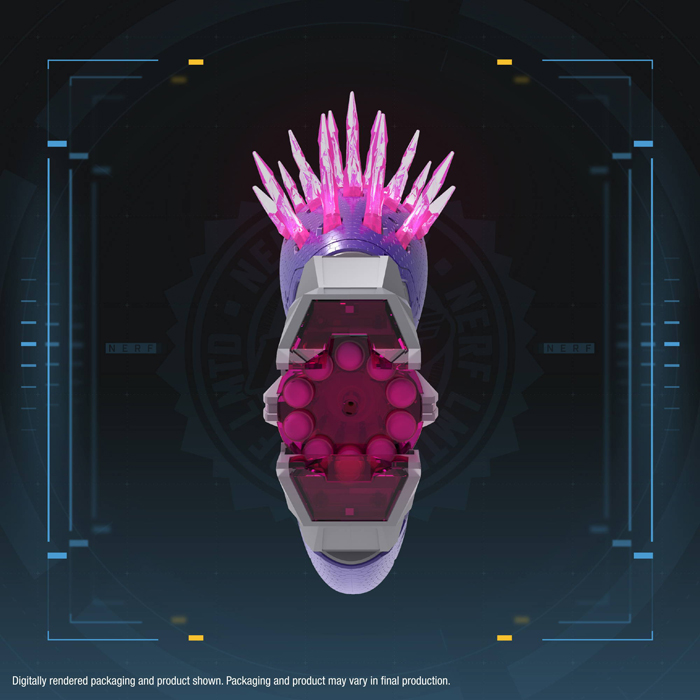 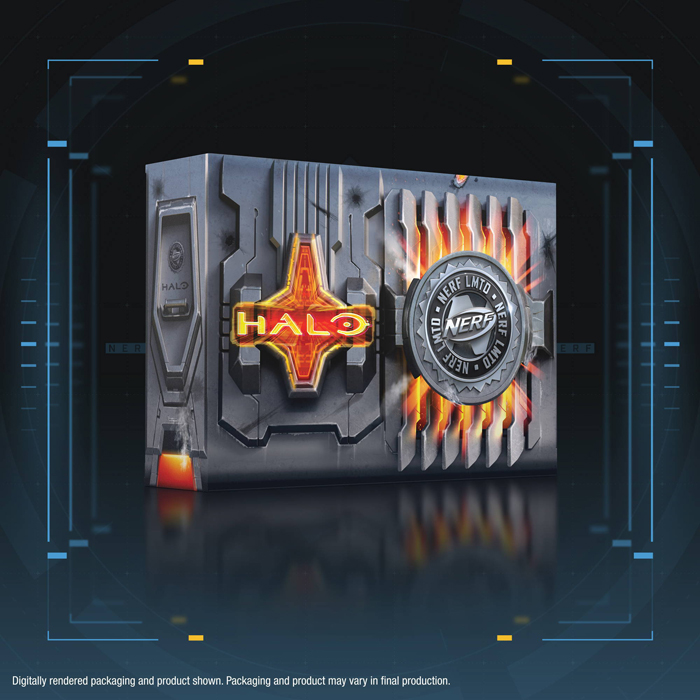 With the card code for in-game content, this product is also a tie up to the Halo Infinite video game.  If you have the patience to wait, you can place pre-orders for the blaster starting on December 31, 2021 and will be shipping on the November 1, 2022 if production is on schedule. Hasbro is taking pre-orders for US$99.99 but will collect the payment once they are ready to ship.