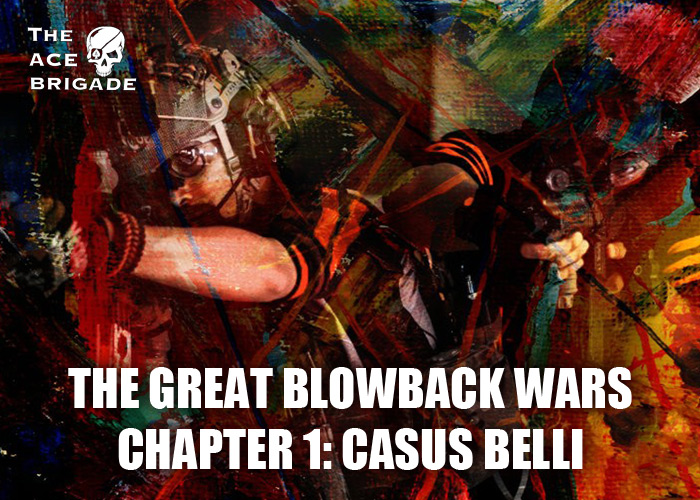 It’s going to be an all out airsoft Blowback war in this event that is being organised by The ACE Brigade Events in Essex next month. This means that non-blowback AEGS, gas pistols, and HPAs are not allowed. If you bring GBBRs, EBBRs, NGRS, pump action shotguns, gas pistols, and bolt action snipers, LMGs/ support weapon with recoil/blowback feature only.

A group of rebel freedom fighters have overpowered the government of the Bartuslo Republic. They have gained control of the presidential castle and also infiltrated the church. The country’s president is on the run and has asked for help from neighbouring countries.

A special operations group has been dispatched to try and regain control of the presidential castle and the church and before the rest of the ground forces are deployed to eliminate the rebel threat.

The rebels will want to continue their success and continue to take control of the country.

For the Bartuslo Republic, it is a time of a chaos and conflagration. But for some powers behind the scenes, it is “Casus Belli”, hoping to engulf the whole region in flames for a higher agenda. These are just the opening skirmishes.

The war starts on the 17th of October 2021 at Tower Airsoft in Billericay Essex. 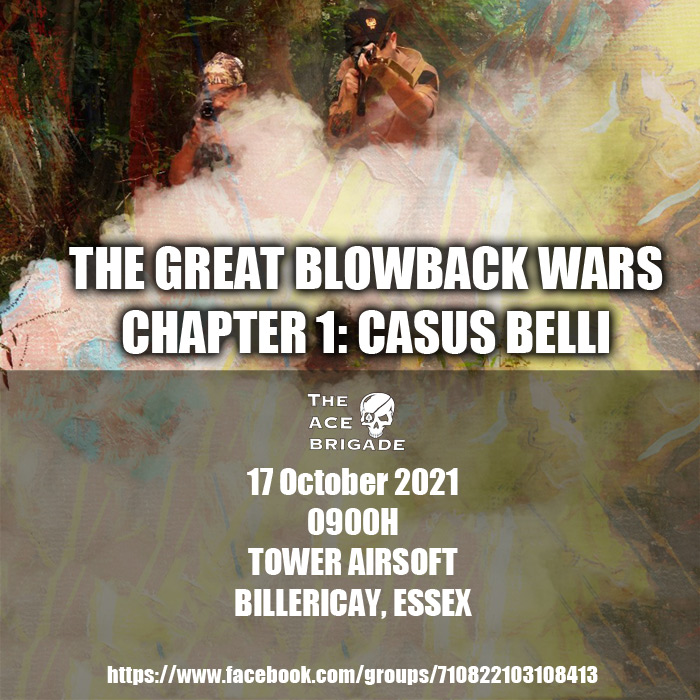 Now as for the magazines, players are allowed Midcap/low cap/real cap mags only with a limit of 300BBs per load (max of 3 mags for midcap users, Pistol side arms are not included in ammo limit.

Knife kills are allowed and the “BANG!” Rule doesn’t apply.

The one main scenario is comprised of small missions to complete during the day whilst Respawn will be explained on the day of the event.

Teams will be divided into Special Ops Team and Rebels Team

Each team will have 2 medics

Dead players can only respawn via medic rule. Medic will heal the player in 10 seconds. A dead player has to fall back to the medic behind the last active player. Medics can heal a player twice in the field. On the player’s second respawn, the player will need to go back to their starting point or to a designated dead zone in order to get back into play.

Mission intels will be given to the Team ICs during the day.

You can ask questions and discuss at the events at The ACE Brigade Facebook Page in preparation for the event. The organisers are open to suggestions so feel free to share whatever you have in mind to help improve the event.