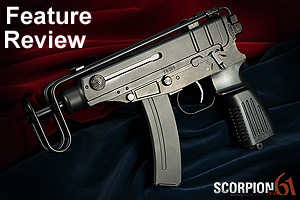 Does the Tokyo Marui Vz61 Scorpion have a sting in its tail? Take a look at our Review for the lowdown.That's the introduction of RedWolf Airsoft of this nice little AEG, the Samopal Vzor 1961/ S 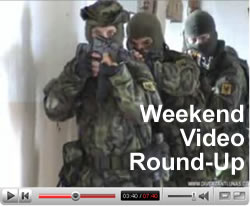 Airsoft Videos from Around the World

Here are some airsoft videos we have found at YouTube.com from around the world. We'll be featuring more videos during weekends from wherever we find them online. We would welcome video contributions or leads of interesting airsoft videos coming from airsoft teams.

Update 13 September 2007: Our apologies to those who tried to answer the survey but found the survey has closed. It is again open as we upgraded the surveymonkey.com account to  be able to accept more responses...

TSI Armories have been generating buzz in airsoft communities around the world for their up and coming release of Galil airsoft variants such as the ARM, SAR, and MAR, and also the Tavor which is the latest bullpup weapon to be introduced into active service. 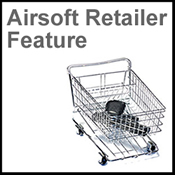 We decided to make purchases from two vendors that supply airsoft gear and be able to use these gears for upcoming skirmishes and at the same time test how online retailers take care of their customers, especially how they process and deliver. 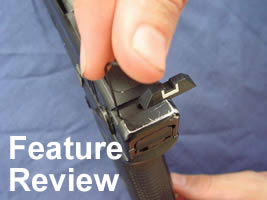 Editor's Note: This is a review and takedown of the Real Sword Type 97 as issued by the Real Sword Company.  This is a very comprehensive review, though its title has "Primary", but nevertheless provides a great look into the AEG

Blackwater: The Rise of the Contractors

Any contractor wanna-be reading this? The Blackwater look is famous among airsofters who are fascinated by the rise of private security contractors which are generating much controversy for their involvement in security operations in Iraq and other parts in the world.

A.C.E. Brigade: Pinoys' Love for Airsoft is Brought to the UK

The Airsoft Combat Enthusiasts (ACE) Brigade is a federation of Filipino Airsoft teams based in the UK.

Acting on intelligence reports of an Abu Sayyaf buildup in some of the hinterland villages of Patikul, Sulu, as well as the sighting of three of the top commanders of the terrorist group, the Southern Command of the Armed Forces of the Philippines and the Joint Special Operations Task Force-Philippines of the United States Pacific Command, dispa

Kalis 7.0: TIP OF THE SPEAR will be held on the 13th of October 2007 at the Amoranto Stadium in Quezon City, starting with the introductory brief..."an elite military force stationed at forward operating base, FOB-alpha, received reliable intel regarding a well armed terrorist cell operating near an urb