Drones are a poor man’s air force. In fact, if troops on the ground need air support quickly, they can just launch the drones they carry to the field and bomb the enemy. If not, support from the air can come from bigger drones loitering at higher altitudes. For militaries that do not have much budget to afford military drones, they can always resort to rigging commercial/civilian drones to be tools of war.

This is the case in War in Ukraine where both Ukrainians and Russians have been deploying  of different types, including the familiar brands in the civilian market such as DJI, not only a reconnaissance drones or artillery spotters, but also as pesky bombers. They’re cheap and abundant and they cannot be easily directed or even shot down by very expensive anti-aircraft systems.

The rigging of commercial drones as bomb delivery systems is sometimes crude but with the use of 3D printers, some can rapidly prototype and tests rigs that can allows drones to drop bombs accurately. For an unnamed Dutch company, it is the ability for a drone to carry more and rapidly drop them properly.

Social media accounts have been reporting about the drum magazine for drones. Developed in the Netherlands, the magazine can carry mortar rounds that can be attached to drones that have the carrying capacity for heavier loads and there are commercial drones that can carry heavy loads available. They can be repurposed to be bomb delivery systems with the drum magazine. 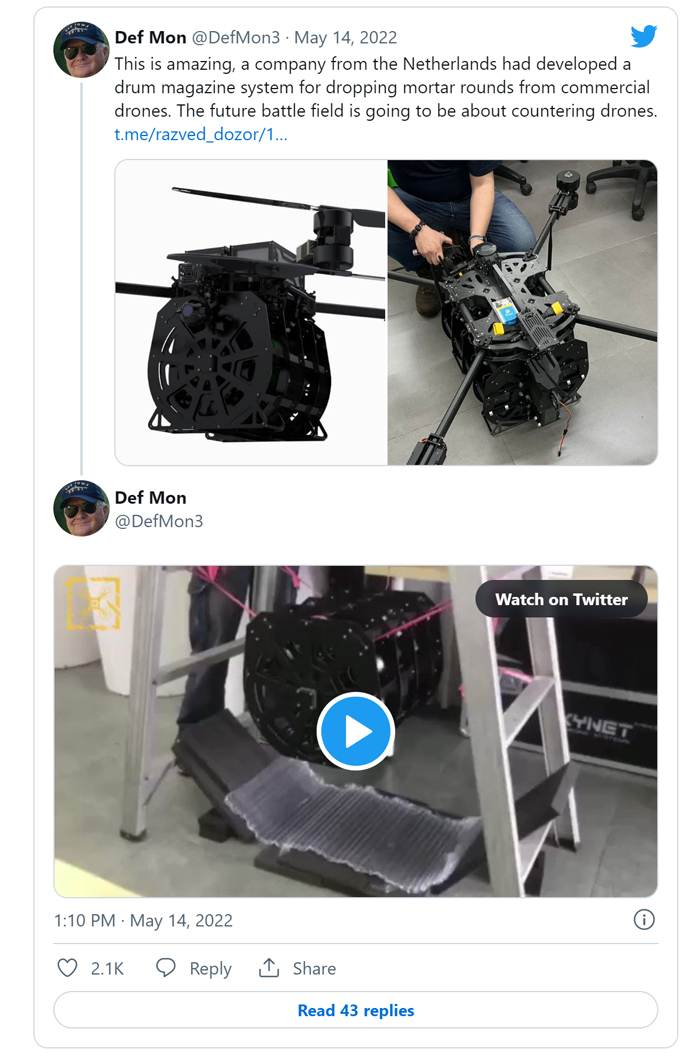 It is said that it was initially made for use to delivery Heineken beer though it was not confirmed by the Dutch brewer. The magazine will be used by Ukrainian forces to help improve their drone bomb delivery systems since they do not have much aircraft to provide air support or to hit targets deep behind enemy lines. This can be useful against enemy troops and even armour given that tanks and IFVs have armour that is thin top side. There are videos posted on social media that seem to prove that it is already put to use.

We don’t know if drones can be brought to an airsoft game play to delivery pyros and smokes, but if allowed, then this could be an interesting project. But if you want a good career in the armed and security services, being skillful at flying drones would make you an invaluable recruit, you will be in demand.