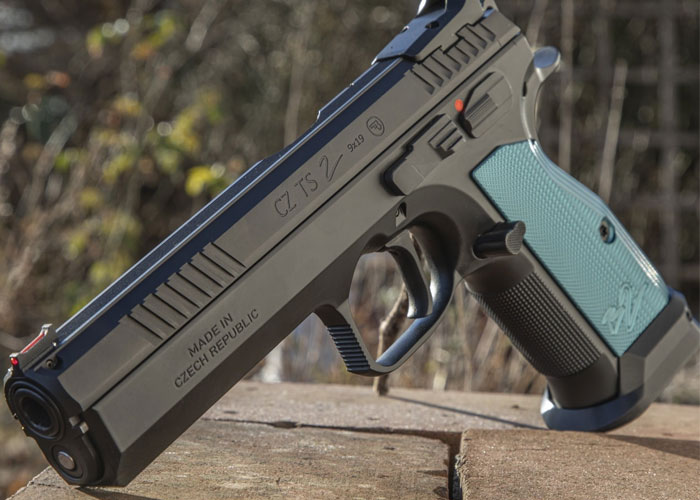 Action Air is the most established airsoft sport given that it is based on practical shooting as promoted by the IPSC. In this discipline, the pistols are mainly dominated by airsoft offerings from Tokyo Marui especially with its Hi-Capa series and followed in the heels by Action Sport Games (ASG) with airsoft pistols licensed from Czech firearms manufacturer, Česká zbrojovka (CZ) and their pistols are award winning as well.

With the famous pistols from CZ mainly having their airsoft versions such as the P-09 and Shadow Series, we are looking forward to ASG to start working on the airsoft version of the TS (Tactical Sport) Series with the release of the CZ TS2 which was first announced in November 2020. To be released this year and promoted by Champion practical shooter Eric Grauffel, who has joined Team CZ in 2019, after being with Team Tanfoglio/Armscor for over 20 years. 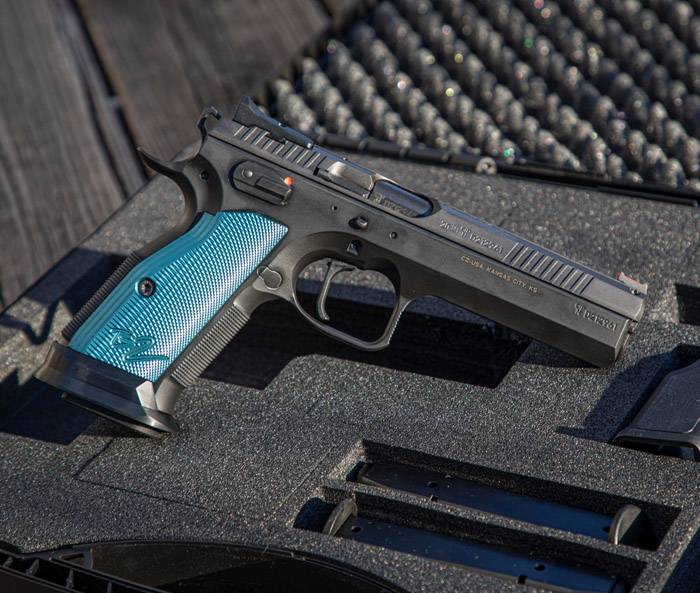 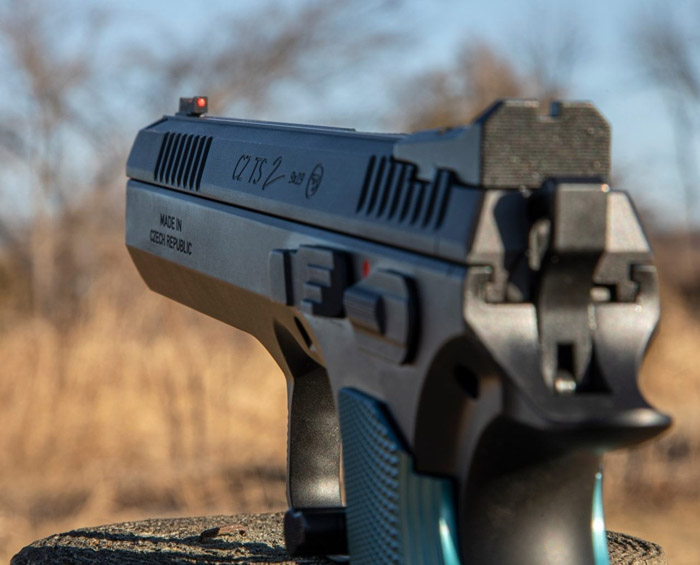 At first glance, airsoft players may think the CZ TS2 is a Shadow 2 and it is understandable as indeed it has an uncanny resemblance to the latter. CZ USA said on their Facebook Page that is the bigger brother of the Shadow 2 with a bigger slide and single-action-only trigger. It is made for competition and is a direct evolution of the 75 TS but are said to share no components with the exception of magazine and perhaps some smaller parts.

It is available in .40 and 9mm and in three variants (TS2, TS2 Deep Bronze and TS2 Racing Green) it provides minimum muzzle rise and it was designed for use by beginners and intermediate shooters in the IPSC standard division and can be customised for the needs of advanced beginners and shooters with large calibre pistols.

Whilst ASG has not announced yet if they will be actually doing an airsoft version of the TS2, we do look forward for them to continue to creating airsoft versions of new CZ firearms especially with their award winning CZ airsoft pistol line. For Action Air/Airsoft Practical shooters, having more options and choices for use in the different IPSC Action Air divisions through the ASG’s CZ airsoft competition pistols makes them not only dependent on releases from Tokyo Marui.

Press release from CZ USA below:

Kansas City, KS (January 5, 2021) – The speed, precision and dynamic performance afforded by CZ-USA’s handguns have made it the leading name for practical shooting disciplines like IPSC, USPSA, 3-Gun and Steel Challenge, a position CZ is not planning to yield any time soon.

The sport-shooting world reveres the CZ Tactical Sport for its crisp single-action trigger and long sight radius. Now, the pistol has evolved into the Tactical Sport 2 (TS2), a brand-new, built-from-the-ground-up firearm that represents the next generation in tactical sport pistols.

The TS2 was designed and built for competition shooters in the tradition of the company’s highly successful Shadow 2, mimicking its slide profile with the reciprocating weight positioned as low as possible for smoother operation, less muzzle flip and faster follow-up shots. Additionally, the TS2’s redesigned frame and improved ergonomics also reduce muzzle flip so that it’s less noticeable than ever.

The steel-framed, 9mm TS2 is an outstanding and affordable entry-level competition handgun with a wide variety of compatible accessories already available, as the large aftermarket of custom parts already available for the original Tactical Sport pistol are fully compatible with the TS2!

The new pistol comes with 20-round standard magazines and distinctive blue aluminum grips with aggressive checkering above a healthily flared magwell.

Front and rear cocking serrations on the slide make racking this pistol easy for practically anyone, with or without gloves. With a fiber-optic front sight, the included set of fixed target sights are rugged enough to withstand rough competition use.

The adaptable pistol can be easily fine-tuned to an individual shooter to be faster and more precise at the firing line, with the aforementioned custom parts for the Tactical Sport platform.

This new pistol is sure to become a favorite among IPSC/USPSA shooters, as well as beginners looking to get into competition pistol shooting for the first time.