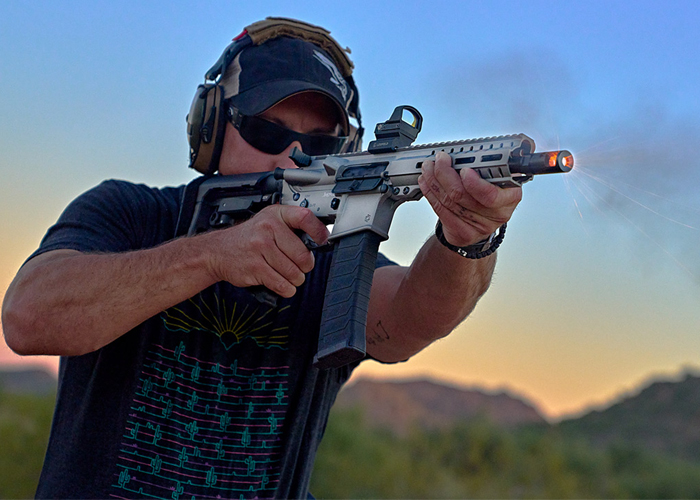 Another compact AR which fires one of the more known PDW rounds gets introduced in the market. CMMG introduces the CMMG FourSix which fires the Heckler & Koch’s 4.6x30mm round which is used by the MP7.  The 4.6x30mm is one of the two rounds produced for the NATO PDW project, the other one is the 5.7×28mm made by FN Herstal that is used by the P90 and FiveseveN handgun.

With the introduction of the CMMG FourSix, the 4.6x30mm becomes available for use in the civilian arms market in the U.S.A., based on the Banshee 300 MK4 platform which has an 8-inch barrel, an SV brake and a patent-pending Micro Gas Block. The magazine to hold the 4.6x30mm round is proprietary and features the CMMG RipBrace.

Being an AR pistol, many will be easily familiar with operating and handling it because of the AR ergonomics. With a fully length picatinny rail on top and an M-Lok handguard, mounting accessories for different configurations is easily done.

As small round the 4.6x30mm was designed to minimise weight and recoil plus the ability to penetrate body armour at close distances, making it an excellent round for PDWs. This also means that the CMMG FourSix can carry more rounds with its magazine, in this case, the magazine has a 40-round capacity. 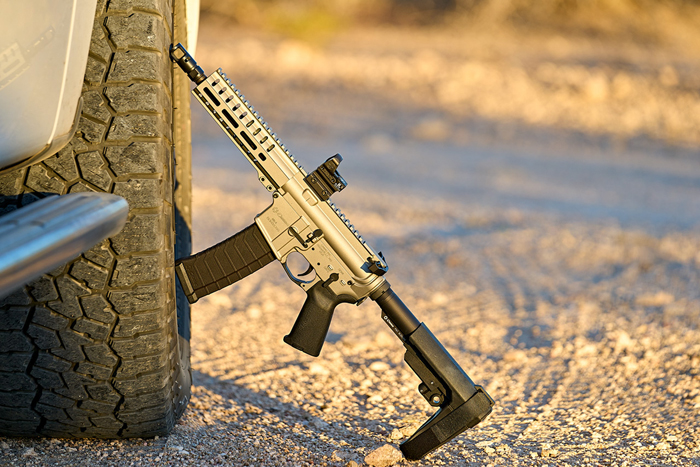 The CMMG FourSix is now available in the U.S. with an MSRP of $1,399.95. Press release and more photos below:

CMMG is proud to announce the release of the FourSix, the first ever line of ARs to hit the civilian market that are chambered in 4.6x30mm. With an impressive 40-round magazine capacity, light recoil and penetrating power at close distances, CMMG’s FourSix is here to reimagine the Personal Defense Weapon.

First introduced in 1999, the 4.6x30mm is known for its pairing with the Heckler & Koch MP7. By design, the 4.6x30mm is a relatively small and lightweight cartridge with minimal felt recoil meant to compete with the 5.7x28mm. There has never been a 4.6x30mm-chambered firearm released in the U.S. market until now.

CMMG’s FourSix is built on the company’s Mk4 platform which features AR15 controls and modularity. Best of all, the 40-round FourSix magazines seat into a standard AR15-sized magwell, which means users can pair their existing AR15 lower receiver with a CMMG FourSix upper receiver and magazine.

CMMG’s BANSHEE is the ultimate Personal Defense Weapon (PDW). The BANSHEE’s lightweight and compact design pairs well with the soft-shooting 4.6x30mm cartridge to create a very controllable and portable firearm for almost any shooter. The FourSix operates on a modified direct impingement system, offering Last Round Bolt Hold Open and is fed from a proprietary 40-round CMMG FourSix Magazine.

If you plan on building your own customized AR15 in 4.6x30mm, CMMG has a solution for that too. CMMG’s Barrel and BCG (bolt carrier group) kits make it easy to build an AR15 in 4.6x30mm. Because CMMG has slightly modified the BCG to reliability cycle 4.6x30mm ammunition you’ll need to use their BCG, barrel and the CMMG FourSix Magazine to ensure your build functions correctly. 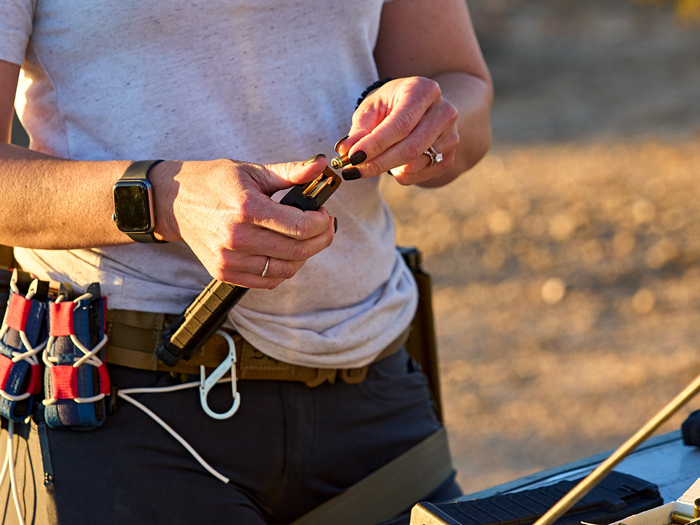 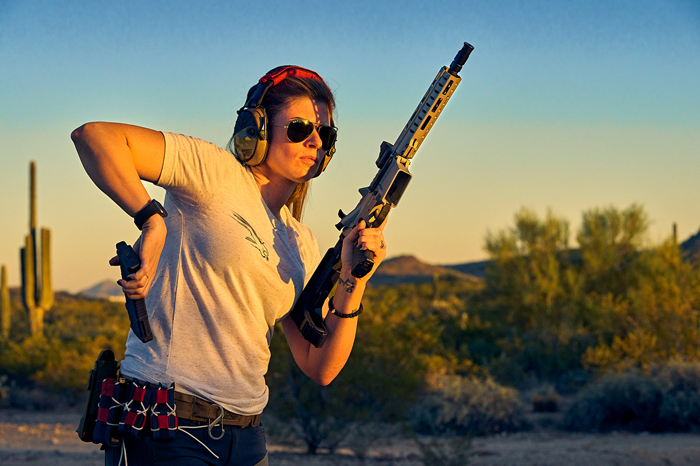 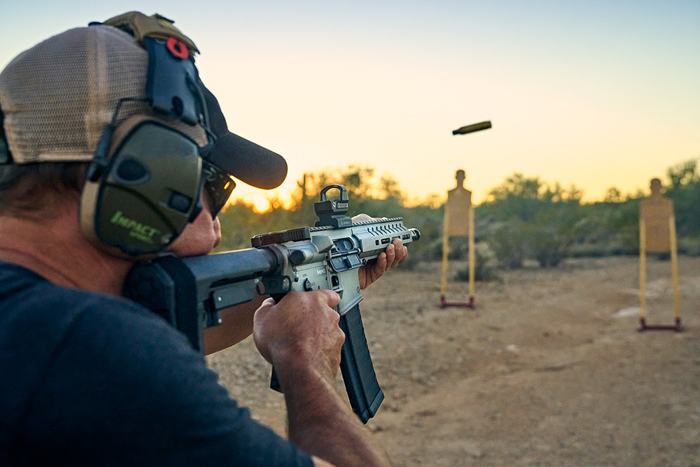 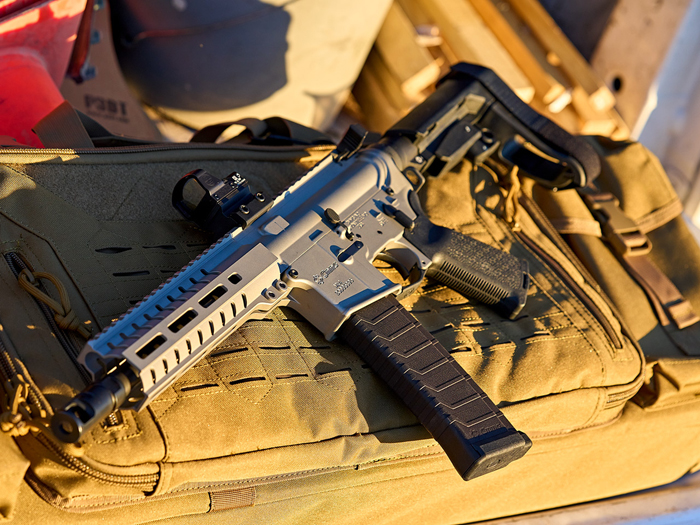