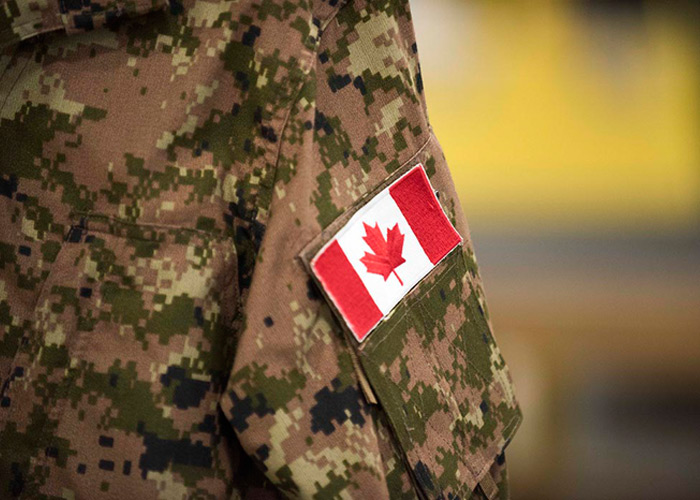 About 600 soldiers at the 4th Canadian Division Support Base in Petawawa, Ontario are about to try the latest in the evolution of the Canadian Disruptive Pattern or CADPAT.  By the end of the month, the 3rd Battalion of The Royal Canadian Regiment will start using the coats and trousers, body armor, bush caps, helmet covers and rank patches in the “Prototype J” mid-spectrum pattern according to the official website of the Canadian Army.

The CADPAT was a revolutionary pattern when it was released in 2002. It started development in 1997 and it is a computer-generated digital camouflage pattern that other military units around the world started developing their own pixilated camo patterns such as the U.S. Marines with the MARPAT. It comes in three versions: temperate woodland (TW), arid region (AR), and winter/arctic (WA) with the TW being the most familiar version. The CADPAT TW gives protection from observation by the naked eye and night vision devices. 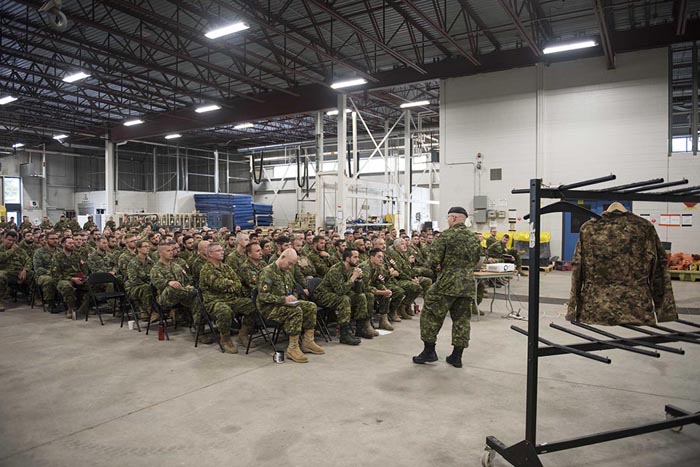 The Canadian Army, Navy and Air Force wear the CADPAT whilst the Special Operations Forces got the Multicam pattern. The “Prototype J” is being looked into if it will be able to replace both the CADPAT TW and AR, which, when adopted, will create efficiencies in terms of logistics. It is a four-colour pattern that is predominantly brown with green and black as part of the colour pattern. 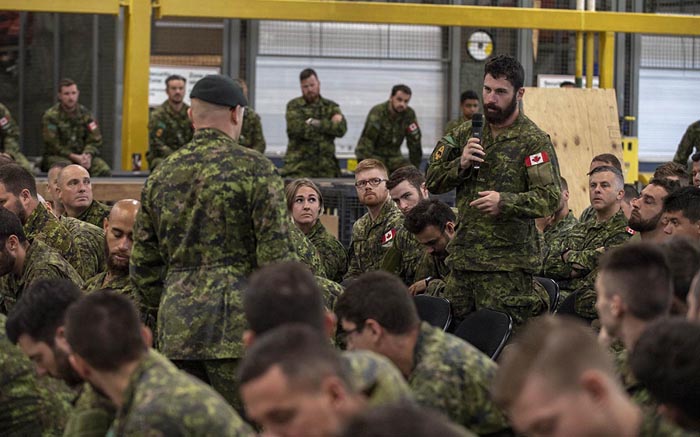 A member of 3rd Battalion, The Royal Canadian Regiment, asks a question to Lieutenant-Colonel Raymond Corby about the Soldier Clothing and Equipment Modernization Trial at Garrison Petawawa on September 4, 2019. (Photo by Able Seaman Elizabeth Ross)

The thrust of this trial is to new generation operational uniforms and gear that are better fit as well as can contribute to weight reduction in terms of load for the soldiers. Adjustments will be done to the pattern as based on the results and feedback from the trial. 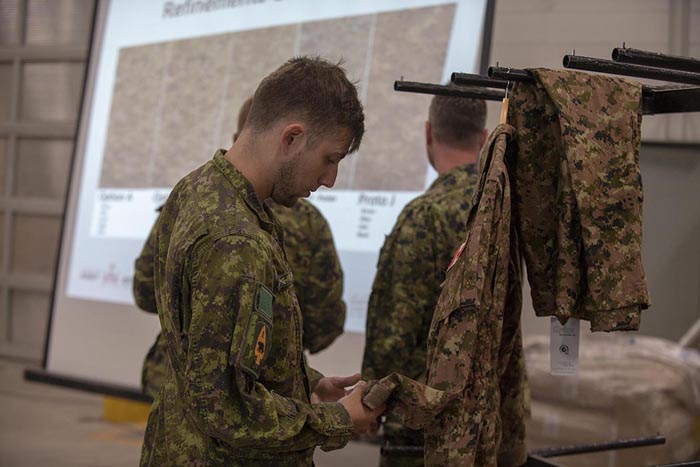 A member of 3rd Battalion, The Royal Canadian Regiment, inspects the prototype uniform from the Soldier Clothing and Equipment Modernization Trial at Garrison Petawawa on September 4, 2019. (Photo by Able Seaman Elizabeth Ross)

As for the trial, this will be seen through until July next year. Feedback will be gathered on “Protototype J” with the use of questionnaires that will be conducted by the Human Factors Support Cell from the Soldier Systems Directorate within Director General Land Equipment Program Management. The group will also do data collection, focus groups, and 3D body scanning to define how the current operational uniform and personal equipment can be improved.

Decision on adopting a new generation CADPAT is seen in 2022 with a full rollout in 2027.