If there is another iconic semi-automatic pistol that has withstood the test of time apart from the Colt 1911, it is another pistol design by the John Moses Browning in the form of the Browning Hi-Power. Though he died before it was first issued, it was completed Dieudonné Saive at Fabrique Nationale (FN Herstal) and released in 1935 as the Browning P-35.

A standard sidearm for a good number of militaries around the world, it was improved over the years until production was stopped by the Belgian firearms manufacturer in 2018. It is still a widely copied firearm manufactured licensed or unlicensed. What Springfield Armory has been teasing on social media, showing a silhouette of a gunsmith with the image of John Moses Browning in the background and a clock at 19:35, is to pay homage to him by bringing back one of his designs into production in the form of the Springfield Armory SA-35 9mm pistol:

It’s had many names in its century-old history and today, we reimagine this renowned design for modern use. Based on one of the most prolific and popular pistols in small arms history, the Springfield Armory® SA-35 gives today’s shooters a modern take on a revered design. Featuring subtle but significant upgrades to John Moses Browning’s original P-35, the 9mm SA-35 captures the appeal of the “wood and steel” era of arms making while offering the upgraded enhancements of today’s defensive pistols.

Made in the U.S.A., the SA-35 features rugged forged steel parts for strength and durability, improved ergonomics and enhanced controls, modern sights, an improved feed ramp design, and an increased 15-round capacity. Configured without a magazine disconnect for a drop free magazine the SA-35 features a factory-tuned trigger with a smooth pull and crisp, clean break.

Call it a legend, call it an icon, but whatever you do, don’t call it a classic. 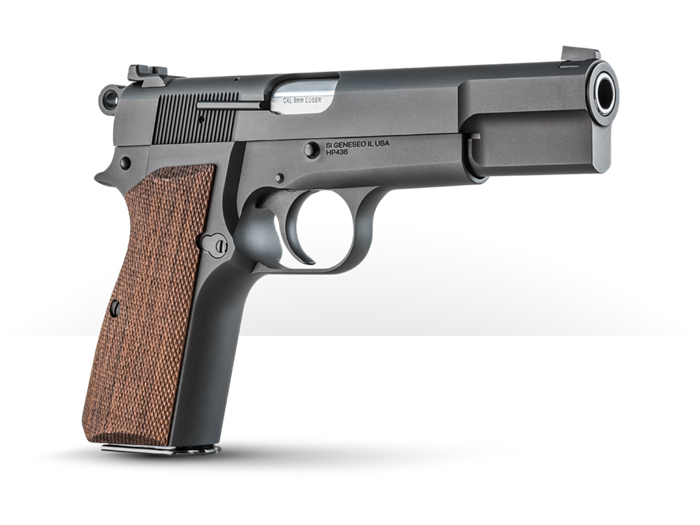 Even without reading the description of the SA-35, the mere photo of it tells us that it is indeed worthy of being proclaimed to be the heir of the Browning Hi-Power. Even the name SA-35 pertains to the year the pistol was released as the P-35, which was 1935. While faithfully replicating the design, Springfield Armory did some updating and enhancement to make it meet requirements of the 21st Century pistol shooter such as rugged forged steel parts for strength and durability, improved ergonomics and enhanced controls, a factory tuned trigger, modern sights, an improved feed ramp design, and an increased 15-round capacity. 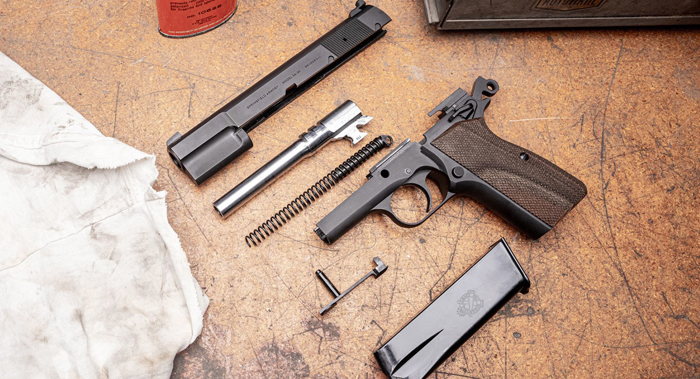 Though for those who are looking for a Hi-Power redesign for the 21st Century such as making it optics ready or with under rail, then they will remain disappointed. But for those who still long for the design of the Hi-Power but with improvements in terms of ergonomics, operation, performance, and durability, then they should be happy with the SA-35.

What will them happier is that the price which is still within the budgets of those who prefer quality handguns but unwilling to shell out a thousand dollars. The SA-35 is priced at US$699.00 and is available now at authorized dealers.