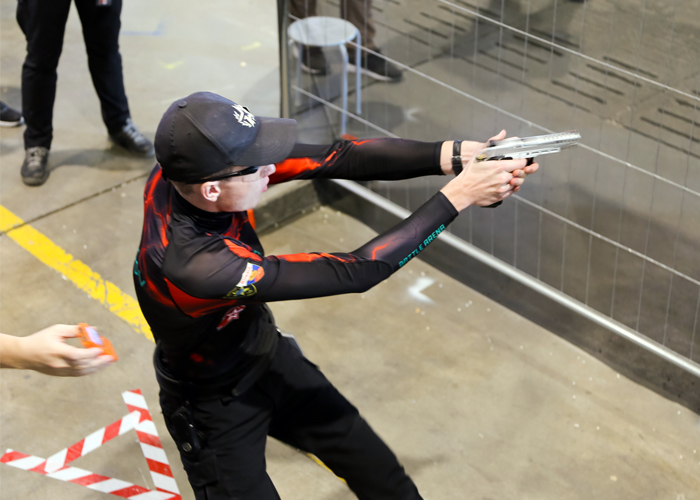 November time in the Airsoft Practical Shooting world means it’s time to get ready for the Dutch Open 2019 hosted by the NABV in the Netherlands. The competition is held every year and for the last 3 years the NABV has been hosting the event at their own facility, the National Airsoft Centre, in Geldermalsen which is just over an hour away from Amsterdam.

This year the event was held on 8-9 November with the pre-shoot for the ROs and staff members held two days before.

Unfortunately, OptimusPrime was unavailable this year to cover the event with me so I brought along Alec who was in charge of taking the still photos. Also for this year, we decided to get to the venue early on the Friday to take photos and videos of the pre shoot. Normally the ROs and other crew members who are working on the weekend never get a chance to get their action photos taken.

So in the early hours of Friday, 7th of November 2019, 0430H to be exact I started my journey to the event. My flight was at 0715hrs but I was flying from the local airport which is about 30 minutes away. My partner, Alec, on the other hand was flying from Leeds and had to take a flight an hour earlier. The flight was short and uneventful and I arrived at Schiphol Airport on schedule. Whizzing through passport control and customs, I grabbed my suitcase from the baggage carousel and went to meet with Alec who had a few minutes delay on his flight.

When I eventually found Alec we went off to collect our hire car and proceeded to the venue. The drive from Amsterdam to Geldermalsen was good. No delays or traffic along the way. When we got to the National Airsoft Centre, we were met by Bart Verwijst, the Match Director, who let us inside the building. Inside we met Gerard Timmers, NABV Dircctor who runs the NABV office. We got to the venue around lunchtime so the pre-shoot for the day was already halfway through. So Alec and I got our equipments out and started to do what we were there for, to shoot.... with our cameras.

The shooters participating in the pre-shoot were divided into two groups. There were 24 stages in total so by the time we got there, they only had to shoot the remaining 6 stages. Alec and I were able to get good photos and videos on the short time we had so it was a good day all in all plus, it was the birthday of Luuk van Hulten, the NABV Treasurer, so it was even better.

Around 1600 hrs, we headed off to the hotel where we were checked. The hotel is located in Zaltbommel which is just a few minutes away from Geldermalsen. After checking is, we did some work with the stuff we did in the afternoon then had a couple of hours break before meeting with the crew for dinner. After dinner and after singing happy birthday to Luuk which he absolutely loved, we headed off to call it a night.

We arrived at the National Airsoft Centre just before half past 8 in the morning to set up and be ready for the opening ceremonies. Gerard opened the events with a short speech and Bart doing the competition briefing quickly to kick off the tournament. The competition has 24 stages with 120+ players divided into 10 squads and will negotiate all the stages in two days, an average of 12 stages per day. 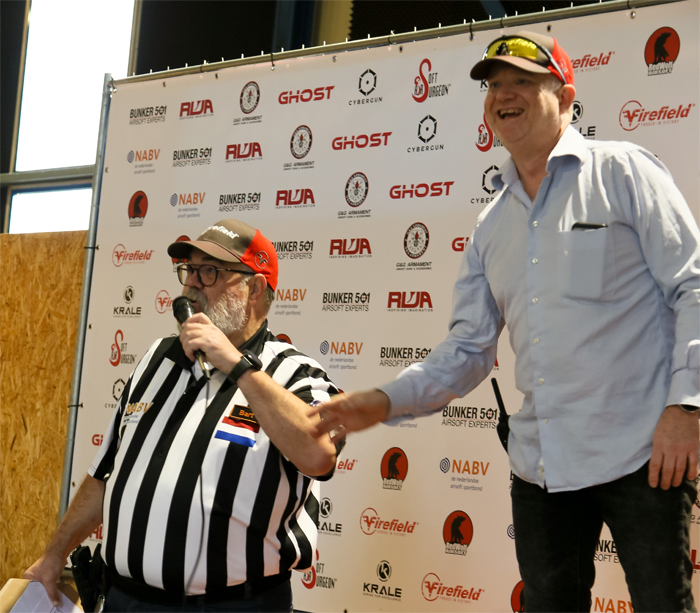 There were familiar faces among the players, David and Dionne of the IAPS NABV team were there. The “El Piratas” led by our good friend Marco were in full force although a couple of them have already shot during the pre shoot. The First Person Shooter (FPS) of the Isle of Wight also had their shooters competing this year. Angelo Samson from FRAG who we met during the last tournament in the U.K. was there as well. Of course Paul Courtney and the WPPC shooters were in attendance. The “Molesto” team from Spain were also in attendance. And off course the Bunker 501 team who are also one of the sponsors of the event were also there. But one of the biggest team this year is a team from Russia and they looked pretty serious about getting all the trophies for this year. 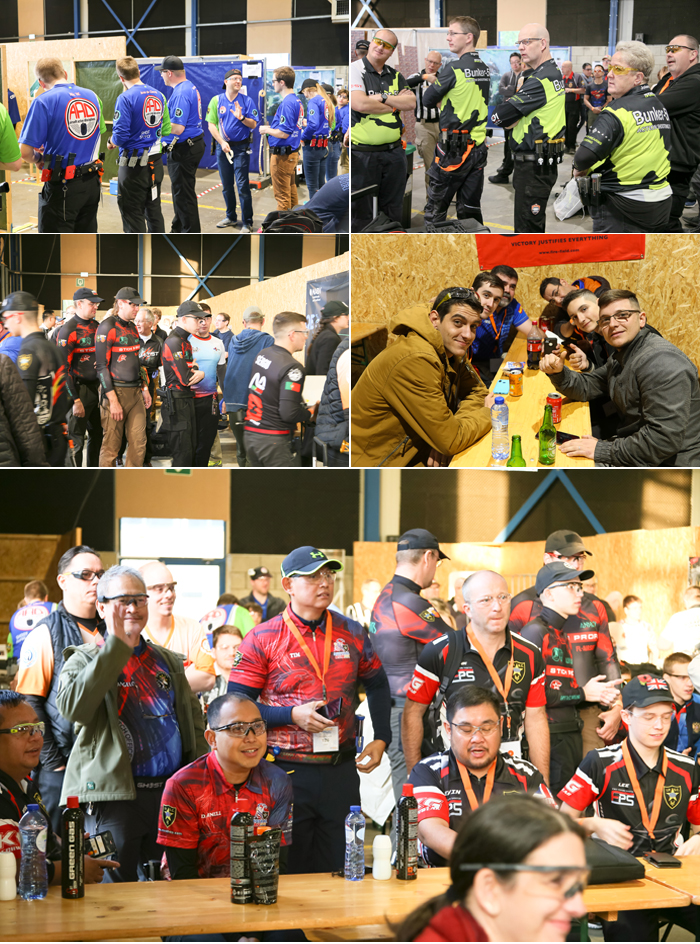 Day 1 started with all the shooters eager to be the day going. The stages were a mix of short and long stages with some stages needing serious speed not only with their firing or shooting but also with their feet. There were also a few fun stages like the bull riding stage, the stationary bike stage and off course the NABV ducks are back with their own stage.

It was a long a grueling day for all shooters and ROs as they all worked hard to get all the stages for the day finished. 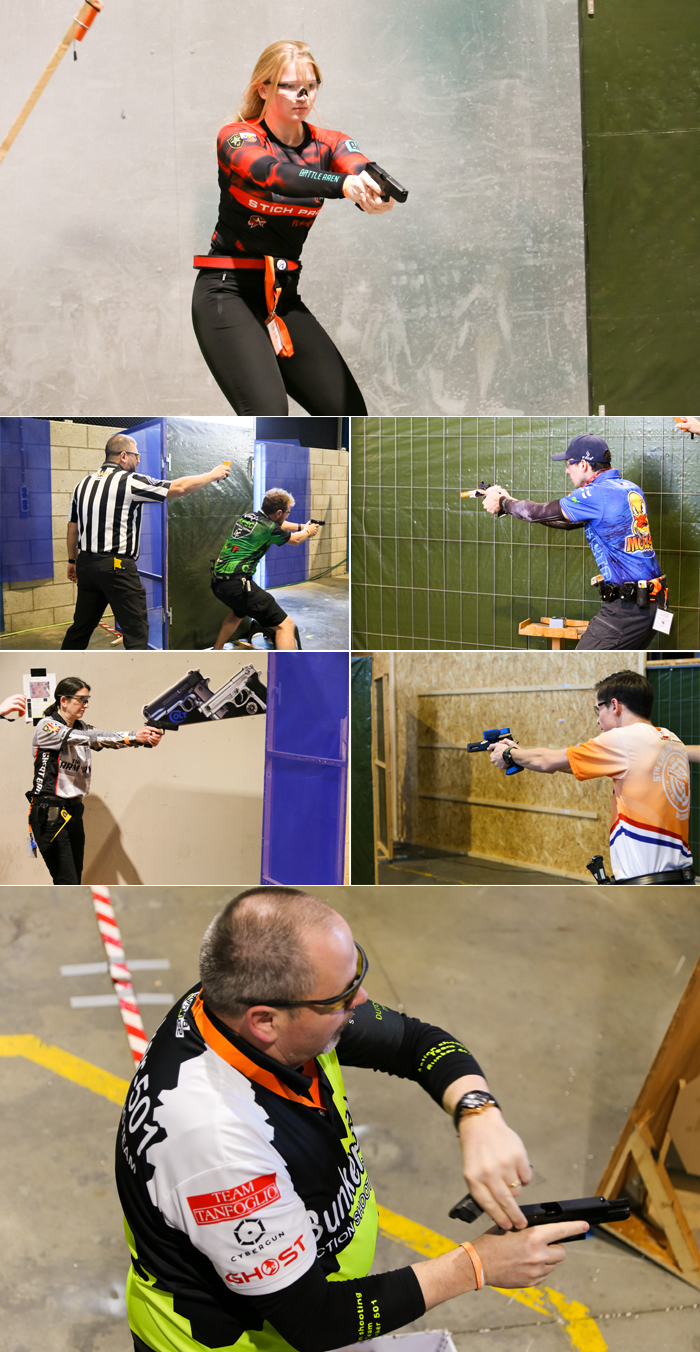 The day ended with the usual Saturday BBQ hosted by the NABV. There was loads of food and drinks to be had and everyone had a great time. It was also a chance for everyone to mingle and chat and was a great way to cool down for the day. 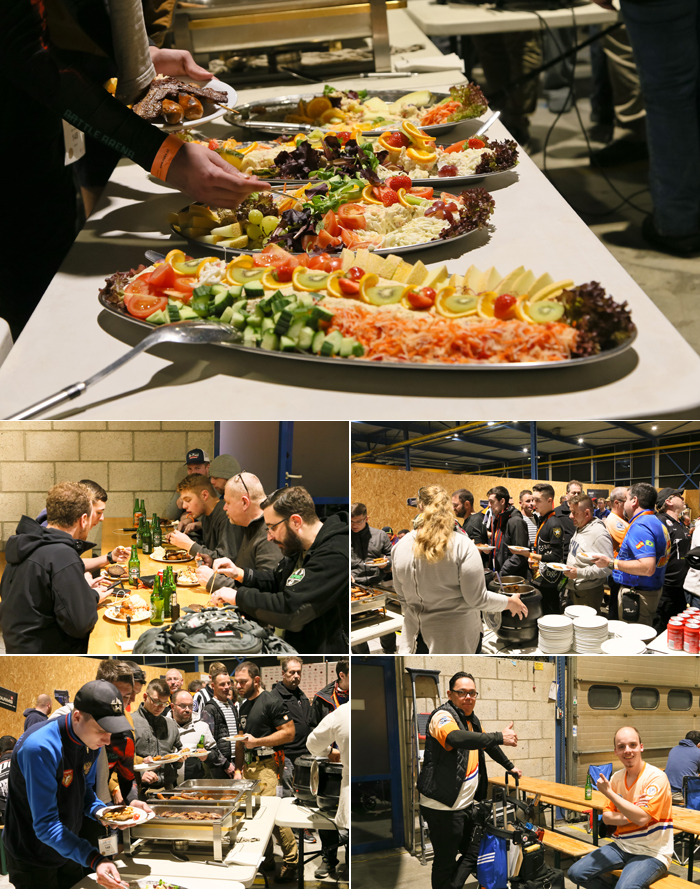 As we had already taken a good amount of video and photos from the first day, we were able to watch and observe more in Day 2. There were a few shooters who we expected to do well and there were the ones who, in the 4 years that I have been covering the event, I have seen getting more mature and keep getting better each year. 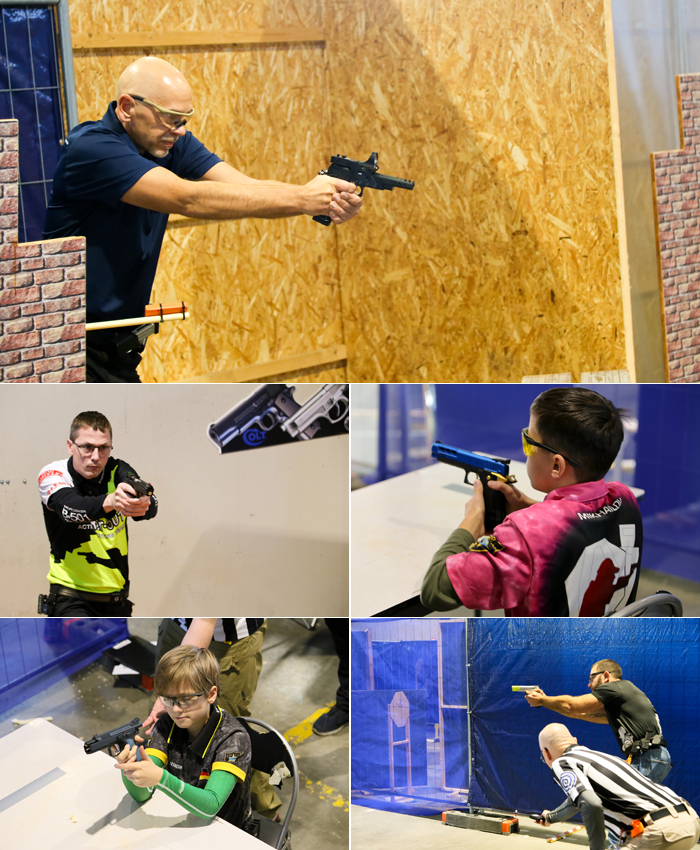 That day ended just before 5pm and it was obvious in the shooters faces how tired and exhausting the 2 day event was. Everyone gathered around by the stage area for drinks and chats.

Gerard started the raffle draw whilst waiting for the results of the tournament. There were tons of items given away ranging from shooting gears to t-shirts and all the way to AEGs and airsoft GBB pistols. After he raffled off the final prize, he started to announce what every body has been waiting for: 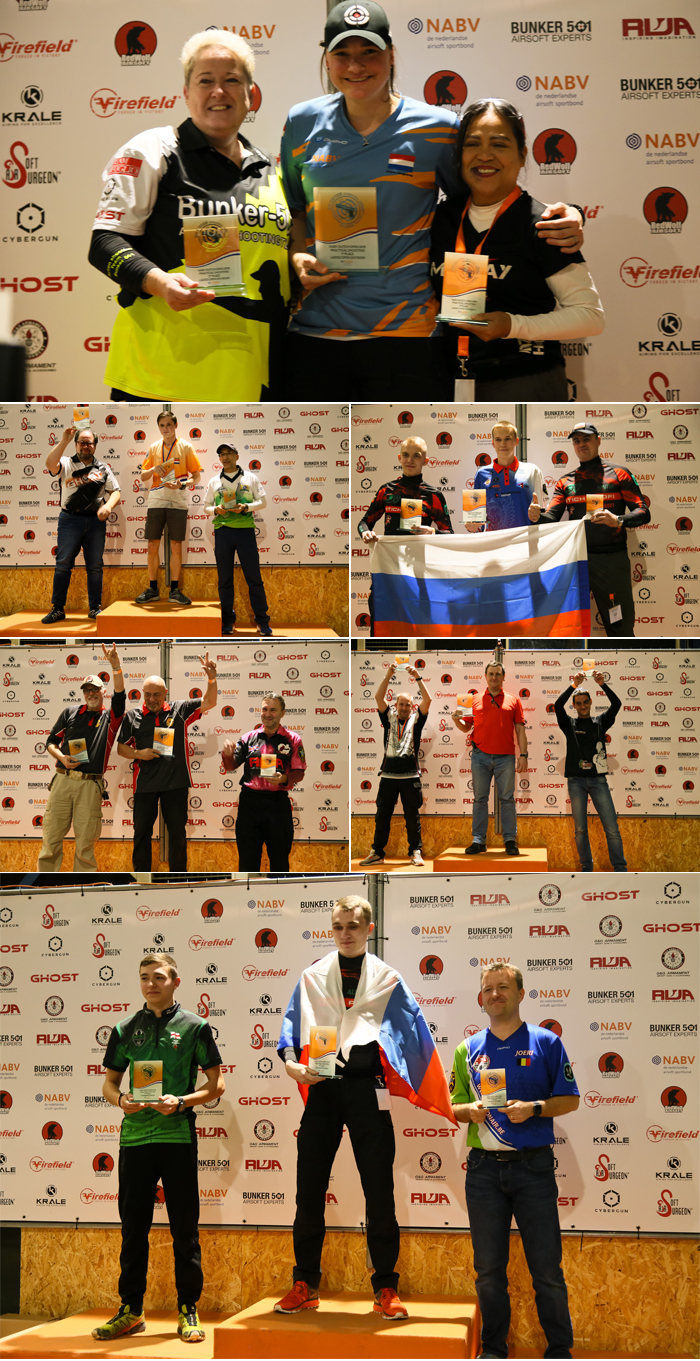 Congratulations to all the winners and runners-up!