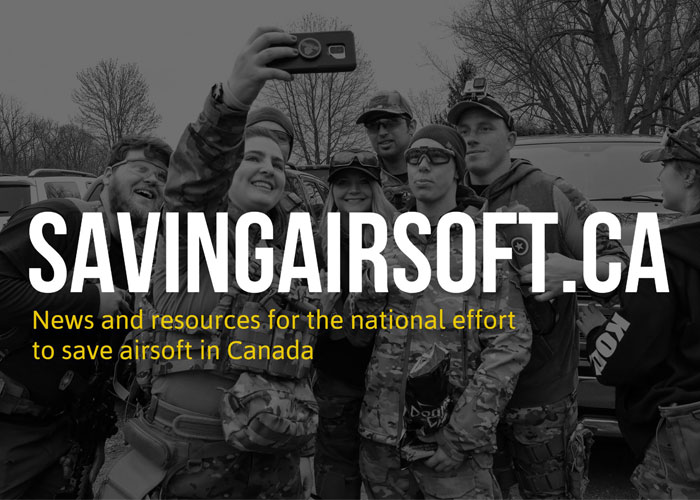 The airsoft community in Canada is mobilizing fast to show their opposition against Bill C-21 that has been filed in Parliament. As this move to show a united front, Airsoft In Canada was launched to provide news and information that those involved in campaign can go to so they will be able to appraise of what on the bills progress and what actions to take.

Here is what the website has to say for itself:

Our goal is to work with the government to find a way to protect our hobby and our community. This site intends to show all Canadians how incredible and diverse the airsoft community is in the hopes of removing prejudice and misconceptions about our sport.

We also want to serve as a resource for those looking to contribute to our mission. We provide resources and tools to aid supporters in conversations and appeals to the government

As of today, Bill C-21 will be debated in Parliament during Second Reading and if adapted, it will then be referred to a committee for further scrutiny and Airsoft In Canada has called on the community to do the following apart from listening into the debate in order be a credible force that the legislators and government officials will listen to:

WHAT YOU NEED TO DO

As of this writing Airsoft In Canada has 150 business from the airsoft and paintball industry as stakeholders in the fight against Bill C-21. They are also looking for volunteers who will help in recruiting businesses into the effort as well as translate the website content and updates into the official languages of Canada, which basically are English and French.